A Great Neck student with a thirst for theater has been doing her part to advocate for the arts.

In the position, Gao will work with the association’s staff, chapter leaders and thespians worldwide to perform tasks ranging from nurturing student leaders to fundraising for accessibility.

Gao is a member of South High Thespian Troupe 7486, a chapter of the society.

“I really like how theater is a way to understand people’s perspectives,” said Gao, 17.

Gao’s other achievements include receiving the association’s President’s Leadership Scholarship, valued at $1,000, and winning a certificate of excellence for a one-act play she co-wrote that appeared in the New York Thespian Festival. She was also on a team that created Chamber: Connect, an app that was a winner in the Chamber Music Society of Lincoln Center’s 2021 Young Musicians Innovation Challenge.

Gao is also co-founder of the nonprofit Music for Change, founder and president of the Nassau County Gavel Club, and president of her school’s study body and Tri-M Music Honor Society; she is also on the varsity track team.

Michael Ebert is an education researcher and has worked for Newsday in various capacities since 2003. He was part of an 11-person team named 2008 Pulitzer Prize finalists for investigative coverage of the LIRR’s platform safety issues. 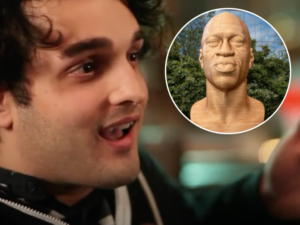