Alternative NewsCivil UnrestGovernment
8 Sep at 10:39 am

BEVERLY HILLS, CA – Last Saturday, September 5, was a great day for America. On that day, “The American People” released a video on You Tube that absolutely destroys the hate-filled rhetoric and violence we’ve been seeing every day for the past 100 days in major American cities.

The video features LGBT activist and singer Ricky Godinez, known professionally as Ricky Rebel, as he sings his way through a protest in Beverly Hills to the music of the Village People’s Y.M.C.A.

Rebel has rewritten the lyrics however, and made them into a modern anthem for all that is great about America. It is a direct refutation of messaging from the mainstream media, the Marxist group Black Lives Matter (BLM), and the Fascist group Antifa.

Here is partial sample of the lyrics to MAGA/YMCA:

Walkaway from the hate

And we don’t segregate

We are all in this together

Our colors are red. white, and blue

And they stand for every one of you

And together here’s what we’re gonna do

From every city and town,

We don’t let haters keep us down”

The media, BLM, and Antifa are all pushing the themes of disunity, discord, and racial division. Why? It is plain that their demands for “justice” are disingenuous.

If they were serious, they wouldn’t use it as an excuse to commit thousands of acts of injustice by assaulting, looting, rioting, burning, even acts of murder. Anyone with a genuine interest in justice would not commit any of those criminal acts, nor would they support them.

The excuse that people are so angry they cannot control themselves does not adequately explain the behavior we’ve seen around the country, nor is it believable. What is credible is that those groups are trying to destroy American values and they have chosen the tactic of inventing racism where it doesn’t exist (law enforcement) so they can cripple the one organ of government that is the greatest threat to achieving their goals: anarchy and revolution.

What Ricky Rebel and his team have done is to put everything BLM and Antifa stand for to the test. He has shown that their angry and threatening messages have no place in America. They are the outsiders, they don’t belong, and more, they are neither wanted nor needed.

Rebel has created a fun, uplifting, happy video in the middle of very turbulent times. The mere fact that he did it proves that it can be done, and that it should be done, over and over again, until the destructive racist fires encouraged by BLM and Antifa are comprehensively extinguished by the joy of being free, peaceful, law-biding Americans.

His video has to be shared far and wide. It deserves to find its way into the mind of every American. We need to be reminded that in a free America, we can express our joy at being Americans, and that we can have the courage to come out and do it publicly.

Even, as Rebel did, in the middle of a BLM protest in the stronghold of liberal America, Beverly Hills.

In the video, we see Rebel, a bisexual man who supports LGBTQ causes, dancing with Hispanic men and women, black men and women, police (whose directions he respectfully obeys), people masked and unmasked, young and old, drivers in passing cars, and pedestrians.

By pulling back the curtain and showing us this, he shows that Americans can be united and indeed are united, regardless of whatever demographic they may belong to.

In the time it took to write the above, the “BLM Riot turns into MAGA YMCA Dance Party” video jumped to 880,565 views.

One day, the world will fully acknowledge that.

Until then MAGA on my fellow patriots! https://t.co/PdxthPE89o

Rebel released a similar video, though this one is shot on a stage, unlike the live, outdoor, unscripted version in Beverly Hills. It features Rebel, Joy Villa, Mindy Robinson, The Deplorable Choir, and Tommy Joe Ratliff.

If you know anyone who needs to see a ray of hope through the gathering clouds of war stimulated by Anti-American groups like BLM and Antifa, send them a link to these videos and give them a smile.

Here is another article brought to you by Law Enforcement Today regarding people celebrating their support for President Trump.

Proud President Donald Trump supporters sought to break the world record of a boat parade on September 5th of this year.

Organizers of the event said that they had 1,200 boats the last time they held the event and hope to break the world record with this one, with 2,400 boats.

Boat parades for the President are not something that is new, at least not for the last few months.  The President’s supporters have organized many of these events throughout the US.

The event in New Jersey reportedly contained military veterans, police officers and their families in the attempt to break the record.  The event was named Law Enforcement Officer and Veterans Support Boat Parade.  One of the organizers for the event, Chris Molla, said:

A video of the event was posted on Twitter which showed a large amount of boats sailing in North Wildwood, New Jersey.  The boats were adorned with multiple Trump 2020, American, and Thin Blue Line flags.

The official record for boat parades sits at 1,180 which was done in September of 2014.  This event happened in the South China Sea for Malaysia Day celebrations.  Whether or not this group had enough boats in the parade to break that record will be determined later when the final counting is done.

“It was amazing last time, and I think it’s going to be an even bigger event and bigger, a bigger show for everybody to see and just the whole town and everybody get involved and show support for the people that need it right now in this climate.”

The President himself has noticed the boat parades that have been occurring throughout the country in his honor.  In May, the President tweeted:

“Thank you very much to our beautiful ‘boaters.’ I will never let you down!”

In a similar event in Clearwater, Florida, supporters tried to break the record on August 15th with a Pro-Trump boat parade.  The organizers for the event, The Florida Coffee Company and Conservative Grounds issued the following statement:

“On August 15th 2020, More than 1,181 TRUMP Supporters will attempt to break the record for the largest boat parade in history.  This is gonna be the MOAB – Mother of all Boat Parades. The current world record according to Guiness Book of World Records was achieved in Malaysia in 2014 and had a recorded 1,180 boats.  In honor of the 45th President Donald J. Trump we will beat the world record in his name.”

Conservative Grounds then explained why they were helping to organize the event on their website:

“Conservative Grounds was created to be an alternative to the typical liberal American coffee establishments.

As many American businesses are turning away from conservative values, Conservative Grounds is embracing them. We support Law Enforcement, the Military, MAGA hats, the 2nd Amendment, Pro-Life, God and traditional way of life.”

Whether or not any of the Trump boating events broke world records, one thing is abundantly clear. Supporters of the President are numerous and are not afraid to show appreciation for him or law enforcement.  It is also interesting that there has not been one single mention, in any of these events, of violence.

Here’s a throwback to last month’s event in Florida:

“On August 15th 2020, More than 1,181 TRUMP Supporters will attempt to break the record for the largest boat parade in history.

This is gonna be the MOAB… Mother of all Boat Parades…The current world record according to Guiness Book of World Records was achieved in Malaysia in 2014 and had a recorded 1,180 boats.

In honor of the 45th President Donald J. Trump we will beat the world record in his name.”

@therightcoffee is sponsoring the Largest Parade of Boats in honor of @realDonaldTrump on August 15. We are going to BREAK THE WORLD RECORD. GO TO https://t.co/3kMyihZUhk @realDonaldTrump needs you to show up. @DonaldJTrumpJr pic.twitter.com/6pGz7ui7IY

In true patriotic fashion, the company’s Facebook page has said:

The page then goes on to outline the event rules, and adds:

“Bring all your Trump Gear lets make this a big one !! We will have a drone taking video.”

Conservative Grounds explains their creation on their website saying:

“Conservative Grounds was created to be an alternative to the typical liberal American coffee establishments.

As many American businesses are turning away from conservative values, Conservative Grounds is embracing them. We support Law Enforcement, the Military, MAGA hats, the 2nd Amendment, Pro-Life, God and traditional way of life.”

Founder Cliff Gephart discussed the event in a video on Thursday, August 13th:

“We’re all just nothing more than a group of volunteers,”

He goes on to say:

“We’re not getting paid for this. We’re donating all of our time and the money we raise to political campaigns come this fall and to charity. So we’re doing nothing but trying to do our best to make this the coolest Trump parade ever,”

As of today, August 16th, there has not been an official boat count, but Conservative Grounds released this statement on their Facebook page:

“Did we set a new world record? YES.

Now we have to prove it.

We are working diligently to determine the exact number of boats. Please be patient.

If you joined the Flotilla at Belleair Causeway and traveled to Welch Causeway you can still register. Go to hugeboatparade.com and sign up no later than Tuesday. We will contact you within a few days for information needed to identify your boat.

If you registered and did not complete the Flotilla, please email [email protected] and tell us you didn’t make it.” 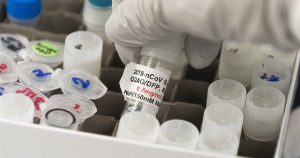 Mexico aims to produce its own coronavirus vaccine 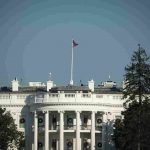 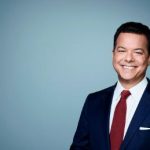 Opinion: The 126 Republicans who signed on for 'an act of cynical, unpatriotic, undemocratic hypocrisy'

Trump, top officials to be offered COVID-19 vaccine within days 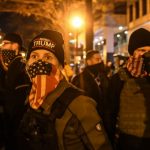