Warning: More protesters announce intent to show up at homes of police officers

CLEVELAND, OH – Some of Law Enforcement
Today’s sources have asked us to pass on an officer safety alert
to Cleveland police officers.

We have been reporting on the many instances where
protesters/rioters have threatened police officers with violence.
This time, a speaker at a protester very publicly told police that
they have “some addresses” and would be showing up to
officers’ homes “unannounced.”

This is Cleveland, Ohio – a
city that is 50% black and only 33% white. These protesters say
that black lives matter, but then they destroy, burn, and loot
majority black neighborhoods. Their whole movement is based on a
lie, as are these riots. pic.twitter.com/xdNIpmTUzU

WKYC was live-streaming at a rally on Saturday and the speaker
said:

“This fire’s about to keep burning…we not gonna
let up.

“We gotta start showing up to people’s houses, and
we gonna do that.”

A woman in the crowd yells, “Exactly!”

Don’t ask how I got the riot
shield.. ✊🏾 CLEVELAND we definitely showed out today. and I
will stand STRONG WITH MY FELLOW AFRICAN AMERICAN KING & QUEENS

You can view the threats starting at around the 9:20 mark
below.

Protesters have gathered peacefully in Cleveland’s Clark-Fulton
neighborhood, speaking out against the killings of both George
Floyd & local man Desmond Franklin.Read more:
https://www.wkyc.com/article/news/multiple-protests-that-are-expected-to-be-peaceful-planned-across-northeast-ohio-on-saturday/95-51a47fa6-a94c-493f-80b4-ad90594fff8b

Itâ€™s been reported that police are still
searching for suspects in the violence, property damage, and
looting that occurred following the protest.

While these threats havenâ€™t been verified, Cleveland officers
and their families, please exercise extra caution.

None of 99 arrested during
downtown Cleveland riots were from outside Ohio, countering
Cleveland police chiefâ€™s statements https://t.co/CrKPXWFLYn

Hereâ€™s a report from Law Enforcement Today regarding damage
and violence in the city.

Protests related to police brutality have been cropping up
throughout the nation, following the death of George Floyd in
Minnesota.

One of those protests
took place in Columbus, Ohio on May 28th, which reportedly
escalated into instances of vandalism.

More of the damage left behind
by tonightâ€™s demonstrations downtown. Police are still out around
downtown. Crowds also smaller but still around in places. @nbc4i pic.twitter.com/QO7U0pin4B

In a fashion that weâ€™ve recently seen in Minneapolis,
Minnesota, what started off as peaceful demonstrations evolved into
riotous and criminal acts.

Participants scattered throughout the swarm of demonstrators
were said to have thrown items at police officers, which police
responded with tear gas reportedly.

More things are started to be
thrown at officers. Mostly water bottles but have also seen a shoe
and something like a flare. Police have said over loudspeaker crowd
control devices may be used. @nbc4i pic.twitter.com/DYVr5z7v4g

The Ohio Statehouse was said to have had windows smashed as
well.

The SWAT team was eventually deployed after the Statehouse had
suffered damage, with people breaking into the building itself.
Police also were said to have declared a state of emergency,
warning that any demonstrators who remained in the area would be
arrested.

The criminal damage also found its way over to the likes of
police cruisers as well.

Sgt. James Fuqua with the Columbus Division of Police stated the
following about the difference between protesting and engaging in
acts like destruction of property:

LET has a private
home for those who support emergency responders and vets called LET
Unity.  We reinvest the proceeds into sharing their untold stories.
Click to check it out.

Video that was captured outside of the Statehouse building
showed several individuals running up and down the stairs out
front. During the video, the sounds of breaking glass can be heard
repeatedly.

Local residents took to Twitter, some to support the acts that
took place within the city, while others were admonishing the
behavior of the rioters present.

â€œThe riots here in Columbus Ohio last night were just
an excuse to tear up property and steal! I said what I said! They
should all go to jail! A protest should not lead into a riot!
Sickening!â€

The riots here in Columbus
Ohio last night were just an excuse to tear up property and
steal!
I said what I said! They should all go to jail! A protest should
not lead into a riot! Sickening!

Others are also bringing up the question as to why
demonstrations that turned into riots
transpired within a state that has zero to do with what happened to
George Floyd in Minnesota.

While some can claim that the venue is irrelevant when it
pertains to a perceived injustice, the venue does become all the
more relevant when property is damaged within a city or state that
never played host to the stemming incident.

Moresoâ€¦.what does Columbus,
Ohio have to do with what happened to Minneapolis? Just another
excuse for lawbreakers to riot.

Not only have the riots in Columbus created destruction, it also
created fear within the residents. One
user on Twitter stated:

â€œI canâ€™t go outside right now. I live in Columbus
Ohio and riots are breaking out everywhere. Thank god i just quit
my job, I DO NOT wanna work in the middle of this.â€

Luckily, police were able to regain some sense of control as the
hours passed from the evening hours of May 28th into the early
morning hours of May 29th. While there was certainly a level of
damage and rioting reported from the incident,
it has been reportedly stifled for the most part.

Despite the common sense approach that many have taken to
online, noting that the riots breaking out in various cities is not
the answer to emotional outrage over George Floydâ€™s death, there
are still those that claim that destruction of property is
justified.

On one Twitter exchange, a user conveyed sympathy for the death
of Floyd and understanding where the frustration is coming from,
but condemned the riots in Columbus. A user then responded to that
sentiment with the following:

â€œThe violence that started it is to blame for it. Why
is it that people donâ€™t get upset when a man is killed but when
people start to protest against it, they get upset and say thatâ€™s
not the answer?â€

The violence that started it
is to blame for it. Why is it that people don’t get upset when a
man is killed but when people start to protest against it, they get
upset and say that’s not the answer?

â€” Truly “Not a Warrior in Trump’s Army” S. (@hotincleveland)

The obvious fallacy in that response is that, generally
speaking, most people vocal about the death of Floyd have condemned
the acts of the officers involved.

Weâ€™ve seen countless videos of local officials, police chiefs
across the nation, mayors and governors and notable personalities
saying that they disagreed with the actions of the officers in the
video.

Most would be extremely hard-pressed to find some considerable
level of support or justification in the video involving the
officers and Floyd. Essentially, it is very possible and reasonable
to have outrage over Floydâ€™s death while simultaneously
condemning acts of rioting and criminal damage.

Neither sentiment cancels out the other.

Want to make sure you never miss a story from Law
Enforcement Today?  With so much â€œstuffâ€ happening in the world
on social media, itâ€™s easy for things to get lost.

Make sure you
click â€œfollowingâ€ and then click â€œsee firstâ€ so you
donâ€™t miss a thing!  (See image below.)  Thanks for being a part
of the LET family! 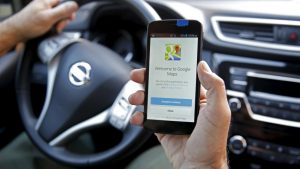 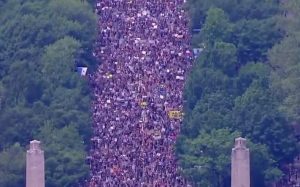