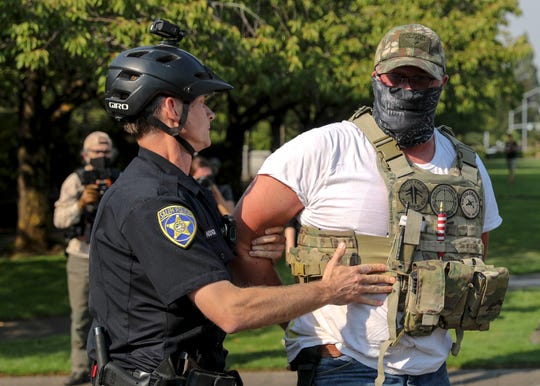 Catch up on news you may have missed. Wochit

Ty Anthony, 53, of Durango, Colorado, was cited on charges of fourth-degree assault and first-degree intimidation,  a “bias crime” involving injuring or menacing a person due to their race, sexual orientation, religion or national origin.

Trenton Wolfskill, 37, of Eugene, also was arrested for fourth-degree assault.

The rally ran from noon to 4 p.m. on Labor Day with about 150 people initially in attendance, said officials with Oregon State Police. Proud Boys, a right-wing group labeled as a hate group by the Southern Poverty Law Center, were also in attendance.

About 30 to 50 counter-protesters, many supporting Black Lives Matter, gathered in the Capitol Mall.

At about 3:30 p.m., about 50 people arrived after a pro-Trump vehicle convoy in Oregon City skipped Portland and headed south.

Although organizers said the rally was officially over in Woodburn, several trucks were seen driving through downtown Salem sporting Trump 2020 flags and taped-over license plates.

Many attendees were armed with guns, knives and bats.

Bats also were spotted across the street at the Capitol Mall along with a naked man waving an American flag.

A Salem Police officer removes a gun from the vest of a pro-Trump protester during an American Lives Matter, pro-Trump rally at the Oregon State Capitol in Salem, Oregon on Monday, Sept. 7, 2020. The pro-Trump demonstrator was arrested after assaulting a female Black Lives Matter demonstrator and pushing a cop. (Photo: BRIAN HAYES / STATESMAN JOURNAL)

Paintball fire was exchanged, and projectiles were reportedly thrown.

Fox said the American Lives Matter Rally group ran across Court Street and began chasing and pushing the counter-protestors through the tree line in the Capitol Mall Park.

On social media videos, a man can be seen pushing another man to the ground. A woman then walks by and sprays mace at the man on the ground.

According to an online page for What Do You Know with Joe, the man attacked and maced was videographer Joe Smothers, who has been documenting the protests in Salem and Portland.

Smothers recorded the video of Salem police talking to the armed militia outside Glamour Salon that went viral and garnered national coverage.

In another video, the people associated with the right-wing rally are seen running across the Capitol mall and pushing a counter-protester to the ground. One of the attackers is overheard calling the victim a gay slur.

Salem police spokesman Lt. Treven Upkes said neither of the protests was permitted by the city. Because police were concerned about safety and had received reports of a possible march onto city property, Salem police responded to monitor the event and provide mutual aid to Oregon State Police, the agency with jurisdiction over the Capitol Building and Capitol Mall.

Salem police were monitoring the beginnings of a march when they heard reports of an altercation. Officers returned to the Capitol to find several violent outbursts.

“Because physical violence was occurring, our officers made the right call and intervened to stop it,” Upkes said. “They detained the people they believed were responsible for the attacks and then handed over those suspects to Oregon State Police.”

Fox said troopers will continue to conduct follow-up investigations on other criminal reports taken during this event. 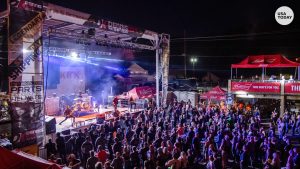 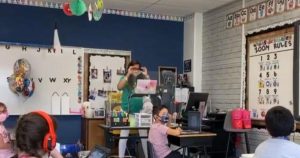