Civil UnrestGovernmentMainstream News
8 Sep at 11:37 am 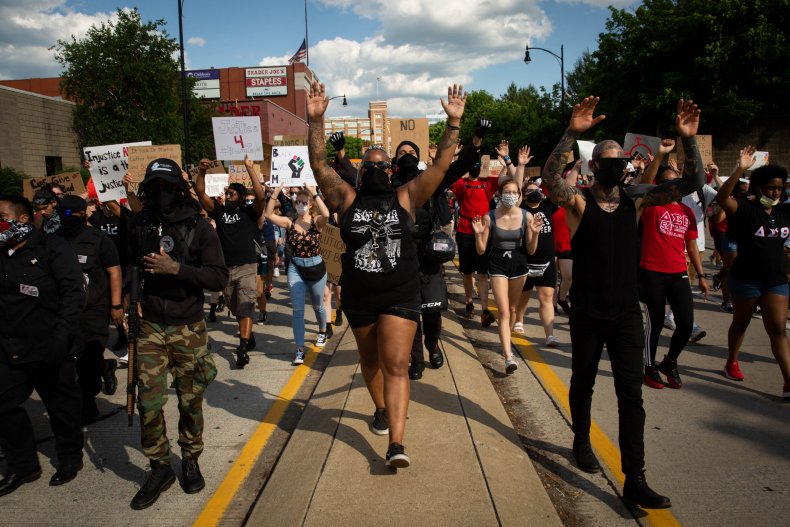 President Donald Trump on Tuesday retweeted a video that showed a group of Black Lives Matter protesters harassing a Black store manager inside a McDonald’s in Pittsburgh.

According to several local media reports, the same group of protesters was filmed disturbing other diners in the downtown area over the weekend, causing police to investigate and invite members of the public whom the protesters engaged with to file police reports.

The video Trump shared Tuesday morning was originally posted by an editor with the conservative website Human Events. The caption accompanying the video read, “Black Lives Matter protesters assaulted a black store manager in Pittsburgh, PA after mobbing his McDonald’s.” That video was retweeted by former National Rifle Association spokesperson Dana Loesch, whose post Trump shared with his Twitter followers.

“This isn’t about black lives, this is about Marxism,” Loesch wrote in her retweet of the video.

In the video, a group of protesters can be heard shouting and chanting while standing and occasionally leaning over the ordering counter inside the McDonald’s. When the store manager tries to get the group to leave, one man who is seen using a bullhorn begins confronting him.

Seed Center
Protesters in Pittsburgh march with their hands up during a demonstration against racism and police brutality on June 6. MARANIE R. STAAB/AFP via Getty Images

“Don’t touch me,” the manager can be heard repeating as the protester with the bullhorn appears to try to start a fight. The protesters continue to yell at and approach the manager for more than two minutes until he slides over the counter and goes back into the employee section of the restaurant. The video ends as soon as he retreats.

Additional videos shared on social media over the weekend showed the same group of protesters marching through the streets in downtown Pittsburgh with an “Abolish the Police” banner. In one video, a female protester approaches an elderly couple dining outside and drinks a glass of beer sitting on their table.

“BLM Protesters horribly harass elderly Pittsburgh diners, scaring them with loud taunts while taking their food right off their plate,” Trump said about the group in another Twitter thread Tuesday morning. The president went on to declare that the individuals within the group were “anarchists, not protesters” and said they were also “Biden voters.”

“Because of weak and pathetic Democrat leadership, this thuggery is happening in other Democrat run cities and states,” Trump tweeted. “Must shut them down fast.”

The protester who was filmed drinking from a glass the diners’ table told Pittsburgh-based TV station KDKA that the video did not show everything that led up to the demonstrators’ interactions with the diners or with a group of bicyclists who rode through the area and engaged with the group. In one of the videos, a protester can be seen striking a bicyclist over the head with a skateboard after the bicyclist tries to slap a bullhorn out of the person’s hand.

Pittsburgh police told KDKA and WTAE, another Pittsburgh-based TV station, that officers were investigating the incidents and encouraged anyone who was attacked or otherwise affected by the group to share information with police about the incidents.

Newsweek reached out to the Pittsburgh Bureau of Police for comment but did not receive a response in time for publication. 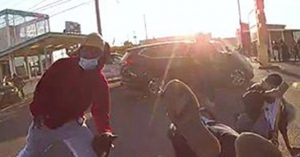 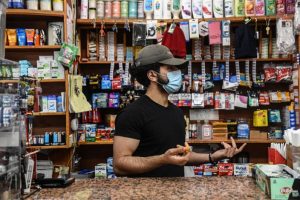 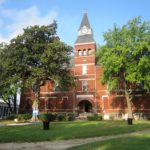 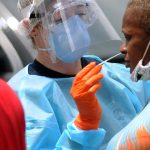 Why some Black Americans are skeptical of a COVID-19 vaccine 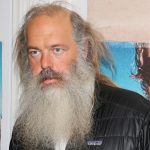 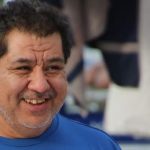