Orlando Sanay, twins Keimi and Keily Nunez, Michael Pimentel Veloz and Fanny Plasencia were each charged with wire fraud based on false statements they allegedly made in applications for Economic Injury Disaster Loans, or EIDL, according to a 48-page complaint unsealed Thursday.

“The defendants brazenly lied and stole more than $1 million in taxpayer funds from a program designed to help small businesses and their employees who were struggling to stay afloat and make ends meet during the pandemic,” said Mark Lesko, acting U.S. attorney for the Eastern District, which includes Long Island.

Sanay, 39, of Elizabeth, New Jersey, and Keimi and Keily Nunez, both 41, of Queens, were employed by JetBlue during April-November 2020 when they and the other defendants allegedly sought EIDL loans for eight businesses, the complaint states.

In one instance, Sanay applied for an EIDL loan using a JetBlue computer, the complaint says. The loan application was for Sanay Venture Capital LLC, which he said employed 26 people and had revenue of $839,000 in 2019. But government records show the business with no employees and never filing a tax return, the complaint states.

The U.S. Small Business Administration loaned Sanay Venture $139,400 on Aug. 4, according to the complaint.

In the complaint, Angel Martinez, a special agent for the U.S. Department of Homeland Security, said the EIDL funds received by the five defendants were used to pay personal expenses unrelated to the businesses.

The case is the biggest so far in the Eastern District in terms of EIDL fraud, officials said.

Lesko said, “Our office will continue to ensure that criminals who divert pandemic-related relief to line their own pockets are held accountable for their greed.”

James T. Madore writes about Long Island business news including the economy, development, and the relationship between government and business. He previously served as Albany bureau chief.

Giants' James Bradberry unsure if he'll get the COVID-19 vaccine

Giants' James Bradberry unsure if he'll get the COVID-19 vaccine 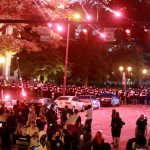 3 Columbus Officers Are Accused of Misconduct in George Floyd Protests 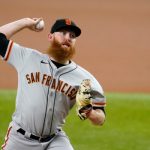 How the ‘opener’ strategy can help, hurt the SF Giants moving forward