Taliban Allow Girls to Return to Some High Schools, but With Big Caveats 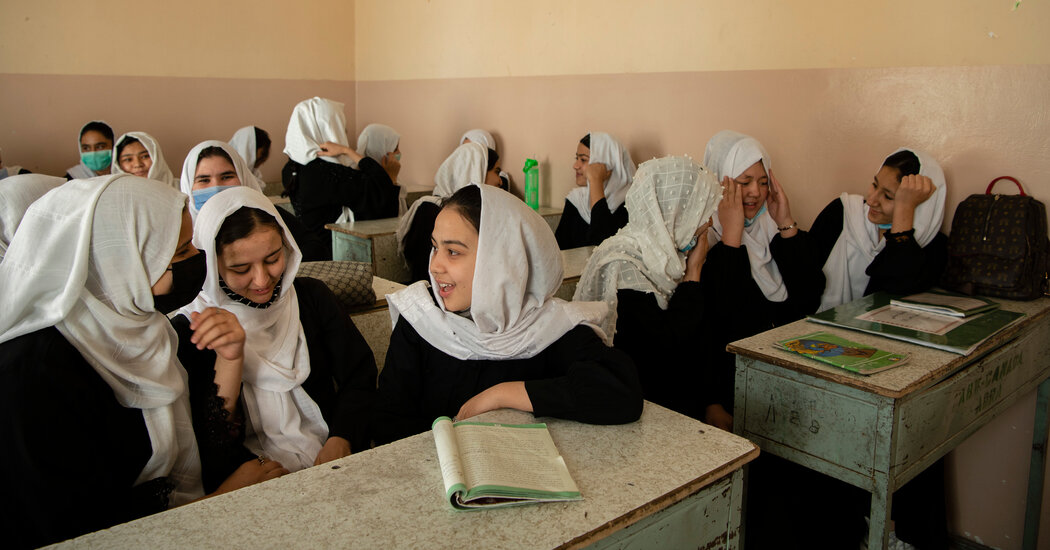 In some provinces, teenage girls have been allowed to return to secondary schools, though some teachers and parents still have doubts about what this means about Taliban rule.

MAZAR-I-SHARIF, Afghanistan — When Narges and her younger sisters were finally allowed to return to school last month, they braced for the new world outside their family’s gate.

Following their mother’s lead, each layered on a black dress, black abaya, head scarf and niqab, as well as a face mask. Minutes later, overcome by anxiety, Narges’ sister Hadiya, 16, fainted even before leaving the house. When Hadiya finally stepped outside and saw a Talib for the first time, tears poured down her face.

Still, the girls consider themselves lucky. In Mazar-i-Sharif, a commercial hub in Afghanistan’s north, the Taliban have allowed middle- and high school-aged girls back into the classrooms, even as in the rest of the country most have been forced to stay home.

Under pressure from foreign governments and international aid groups, Taliban officials insist that things will be different for girls and women from the last time the militants were in power, and that some form of education for them will be permitted, including graduate and postgraduate programs.

Some middle and high schools have already been allowed to reopen their doors to girls in the north, where women have long played a more prominent role in society than in the Taliban’s southern heartland. The decision underscores how cultural differences are shaping the new government’s policies in different parts of the country.

But many parents and teachers still have doubts that the move means the new government, which so far has kept women out of government and most public-facing jobs, will rule any different than before.

“They may open schools, but indirectly they are trying to destroy women’s education,” said Shakila, Narges and Hadiya’s mother.

When schools reopened to teenage girls last month, the news energized Narges, 17, a top student determined to become a surgeon. But it filled Shakila, 50, with dread.

Shakila remembered crying for days after losing her job as a literature professor during the Taliban’s first regime, which barred girls from school and women from most public-facing roles in society. Even if her daughters could attend high school, she knew they would graduate into a country starkly at odds with their ambitions.

On her daughter’s first day of class, she approached one of Narges’ teachers at Fatima Balkh High School with an unusual request: Please, she said, make the girls less excited about their education.

“This generation is fragile,” Shakila said, glancing at her daughter, Narges. Their last name has been withheld for their protection. “If she can’t go to university, she’ll be completely destroyed.”

Already in Mazar-i-Sharif, the conditions for girls’ return are so restrictive that many are simply forgoing education altogether — an echo of the old order.

New rules segregating classes and teachers by gender have exacerbated a severe teacher shortage and threaten to eliminate higher education opportunities for girls. Many parents have kept their daughters home, afraid to send them to school with armed Talibs lining the streets. Others no longer see the value of educating daughters who would graduate into a country where job opportunities for women seemed to disappear overnight.

In Mazar-i-Sharif and Kunduz city, another major hub in the north where middle and high schools have reopened to girls, fewer than half of many schools’ female students have returned to classes, teachers say.

During the first Taliban regime, in the 1990s, women and girls were barred from going to school. Those restrictions were lifted when the Taliban were toppled in 2001, and education opportunities for women gradually blossomed. By 2018, four out of 10 students enrolled in schools were girls, according to UNESCO.

In urban centers like Mazar-i-Sharif, education became a vital pathway to independence for young women over the past 20 years, and schools the center of their social worlds.

One recent afternoon at Fatima Balkh High School, a flurry of teenage girls in black uniforms and white headscarves flooded the school’s hallways as students were dismissed from morning classes, their chatter echoing in the building’s marble atrium.

By the front gate, a small group of girls struggled to tie the straps of their niqabs — the sheer black fabric blowing in the wind — while others pulled sky blue burqas over their heads as they prepared to leave the school grounds. On either side of the gate hung Two Taliban flags.

The school’s bustling hallways were a stark turnabout from just a month ago, when 90 percent of students stayed home, according to the school’s principal, Shamail Wahid Sowaida.

Some had heard rumors that the Taliban would force young girls to marry their fighters, she said. Most had never seen members of the Taliban before they seized the city in August. Ever since, Taliban fighters carrying old Kalashnikovs have lined its streets.

International human rights groups have admonished the new government for not yet reopening all schools to girls — even as their male classmates returned last month — and accused the Taliban of using threats and intimidation to keep attendance rates for all girls schools low.

“The right to education is a fundamental human right,” Agnès Callamard, secretary general of Amnesty International, said in a statement earlier this month. “The policies currently pursued by the Taliban are discriminatory, unjust and violate international law.”

Sitting in his office in downtown Mazar-i-Sharif one recent afternoon, the Taliban’s director of education for Balkh Province, Abdul Jalil Shahidkhel, insisted that the new government planned to reopen girls’ middle and high schools in other provinces soon.

Then he paused to ask: “Why is the West so concerned about women?”

“If the world presses that Afghan women should be the same as Western women, then it is only a dream,” he said. “We know, Islam knows and our women know what to do.”

The Taliban have not clearly stated why some girls have been allowed to return, but not others. But other recent policy decisions, like excluding women from top government positions and shuttering the Ministry of Women’s Affairs, have sent a clear message to Afghan women: Even if they can get an education, their role in society will be severely circumscribed.

Understand the Taliban Takeover in Afghanistan

Who are the Taliban? The Taliban arose in 1994 amid the turmoil that came after the withdrawal of Soviet forces from Afghanistan in 1989. They used brutal public punishments, including floggings, amputations and mass executions, to enforce their rules. Here’s more on their origin story and their record as rulers.

Who are the Taliban leaders? These are the top leaders of the Taliban, men who have spent years on the run, in hiding, in jail and dodging American drones. Little is known about them or how they plan to govern, including whether they will be as tolerant as they claim to be. One spokesman told The Times that the group wanted to forget its past, but that there would be some restrictions.

How did the Taliban gain control? See how the Taliban retook power in Afghanistan in a few months, and read about how their strategy enabled them to do so.

What happens to the women of Afghanistan? The last time the Taliban were in power, they barred women and girls from taking most jobs or going to school. Afghan women have made many gains since the Taliban were toppled, but now they fear that ground may be lost. Taliban officials are trying to reassure women that things will be different, but there are signs that, at least in some areas, they have begun to reimpose the old order.

What does their victory mean for terrorist groups? The United States invaded Afghanistan 20 years ago in response to terrorism, and many worry that Al Qaeda and other radical groups will again find safe haven there. On Aug. 26, deadly explosions outside Afghanistan’s main airport claimed by the Islamic State demonstrated that terrorists remain a threat.

How will this affect future U.S. policy in the region? Washington and the Taliban may spend years pulled between cooperation and conflict. Some of the key issues at hand include: how to cooperate against a mutual enemy, the Islamic State branch in the region, known as ISIS-K, and whether the U.S. should release $9.4 billion in Afghan government currency reserves that are frozen in the country.

“What is the point of school if we are not able to work?” said Anosha, 21, sitting in her family’s living room in Mazar-i-Sharif.

Until August, Anosha had been in grade 12, preparing to apply to university to study engineering. But since then, she has not left her home — paralyzed by fear of the Taliban.

These days she spends most of her time alone in her room, WhatsApping with her two best friends, both of whom fled Afghanistan before the Taliban takeover, and hoping to leave the country too.

But some girls cannot even dream of getting out. Preparing for the future they hope for in Afghanistan is the only option.

One recent Friday morning at the Daqiq Institute, an educational center that tutors students studying for the national university entrance exam, hundreds of girls filed into worn wooden benches to take their weekly practice test.

“The girls are more eager to learn than the boys,” said the manager of the institute, Haqiq Hutak. “They take it more seriously. They have something to prove.”

He glanced at the results from the previous week’s practice exam: Four of the five top scorers were girls.

Sitting in the back of the class, Husnia, 18, pulled at the brown fabric of her abaya as she explained how a Talib on the street of Mazar admonished her for wearing brown — a Western color, he said — rather than black.

Her friend Hadia, 18, threw her hands up and interrupted her.

For Hadia, the Taliban takeover has been a period of whiplash.

As the Taliban broke the city’s front lines, her mother told her to hide her school books under her bed and throw blankets over her television and computer, afraid the militants would go house to house and destroy them, as they did when they seized control of the city in the late 1990s.

Six weeks later, she returned to her high school where classes — though half full — had resumed. Then she resumed the tutoring sessions for the university exam, pulling her books out from underneath her bed and focusing her energy on acing the test next year.

“I don’t know what will happen with the Taliban or not,” she said. “But we have to study. It’s all we have right now.” 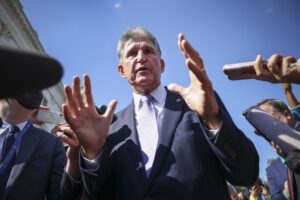 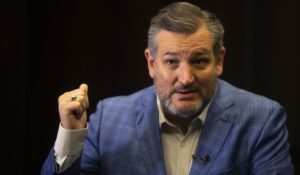