Taiwan Pleads for Access to Coronavirus Data from China-Dominated W.H.O. 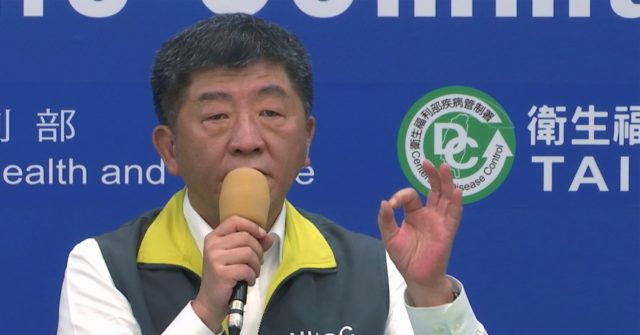 Taiwan’s health minister was forced to plead with the World Health Organization (W.H.O.) on Wednesday to share first-hand data about the deadly Chinese coronavirus, saying epidemic-prevention work is being slowed by its exclusion.

Taiwan’s is denied meaningful access to the U.N. subsidiary by the Communist Party of China, which considers the independent country one of its provinces, and therefore claims to internationally represent the democracy.

This is despite Taiwan being one of the first country’s in the world to recognise the severity of the Chinese coronavirus epidemic, something it warned the W.H.O. about, only to be ignored.

The government of Taiwan attempted to warn the U.N.-led W.H.O. of the deadly potential of the Wuhan coronavirus as far back as December 2019, but the W.H.O. failed to share Taiwan’s findings on the virus with the world. https://t.co/D7NnAhgqmD

China forced Taiwan out of W.H.O. in 2016 after the election of President Tsai Ing-wen, who China views as a separatist, a charge she rejects. It has blocked every effort since for Taiwan to regain even observer status at W.H.O.’s annual policy meeting, insisting Taiwan should not receive any considerations or honors that would be afforded to a full nation-state.

Officials say China’s refusal to yield on the matter has created a gap in the global fight against the coronavirus and aligned with W.H.O.’s steadfast desire to obey China at all times threatens the island’s health.

Speaking to foreign reporters in Taipei on Wednesday, Reuters reports Health Minister Chen Shih-chung (pictured) said Taiwan simply wanted proper access to the W.H.O. for the sake of its population.

“For Taiwan, what we want is first-hand information. Any second-hand information slows down any actions we take, and distorts our judgement about the epidemic, like we’re unable to see the woods for the trees,” he said.

“But if we can we get first-hand information within the organisation, we can see the whole picture and can react proactively by creating various systems or policies,” he added.

“Our speed in reacting will become faster, so Taiwan does not become a gap” in epidemic prevention.

Taiwan has been praised for its handling of the Chinese coronavirus pandemic. According to the latest data from Johns Hopkins University, Taiwan has 436 confirmed coronavirus cases and only six deaths.

Communist China, on the other hand, is being called to account for its abysmal handling of the epidemic which started in the southern city of Wuhan late last year.

As Breitbart news reported, despite that success Taiwan has “not yet” received an invitation to join a meeting later this month of the World Health Assembly.

The W.H.O. said last week that due to the epidemic, the assembly meeting is expected to take the shape of a three-hour video conference rather than the usual full-blown meeting in Geneva, Switzerland.

According to a report by ABC News Australia, Taiwan foreign ministry spokeswoman Joanne Ou said the government had “not yet received an invitation from W.H.O.” for that briefing and was “still awaiting” it so a delegation could share the island’s experience in fighting the outbreak.

Meanwhile Australia is pushing ahead with its call to have Taiwan return to the W.H.O. fold, as Breitbart News reported.

Last Friday an Australian ministry spokesman said the global coronavirus pandemic needed a global response, and there should be a close working relationship between the W.H.O. and all “health authorities,” including Taiwan.

The U.S. is also a close backer of Taiwan’s continuing fight to remain free from the chains of its Communist neighbor.

Wu, the highest-ranking official in the Ministry of Foreign Affairs (MOFA) of the Republic of China reports directly to President Tsai Ing-wen, said the Trump administration has shown more “warmth and support” to Taiwan than anything the country has seen.

He said that warmth and regard is reciprocated by the people who are grateful for the president’s support and will keep backing up the United States wherever they can.

“Overall speaking, the warmth and the support coming from the Trump administration these days is unprecedented and we enjoy these kinds of relationships,” Wu said in the more-than-hour-long interview with Breitbart News and other media outlets.

“As a result, you can rest assured, Taiwan will continue to work with the United States on whatever kinds of issues Taiwan can make a contribution.” 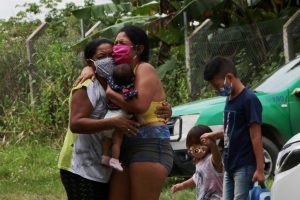 The second coronavirus wave: How bad will it be as lockdowns ease? 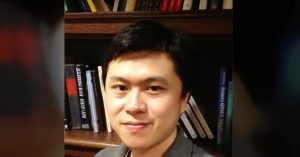