Lack of affordable housing, long an issue for the East End workforce, has worsened on Shelter Island, where town officials, real estate agents and community members say there are virtually no housing options left for the middle class.

An insufficient amount of affordable housing means it is tougher to find volunteers for the fire department and ambulance company, to staff small local businesses and introduces the possibility of the local school district one day closing due to low enrollment, said Town Supervisor Gerry Siller.

Shelter Island, the only East End town where no high-density affordable housing developments have been built, is working on two new projects to address the need, Siller said. One will feature affordable rentals and another will include homeownership opportunities, although he has not publicly released any other details. Town officials plan to create the projects without state or federal funds, the supervisor said.

“We’re not looking for low-income housing,” Siller said. “We’re looking for community housing, because we have cops and teachers that make over $100,000. And they can afford to … make a mortgage payment, but they can’t afford to put a couple hundred thousand down on a house.”

Not all residents support those initiatives, citing concerns over the island’s drinking water and subsidizing middle-class people to live in a luxury second-home market.

Shelter Island has no big-box stores, no traffic lights, no hospitals, and the only way to arrive by car is via ferry. Its full-time population was 3,253 as of the 2020 census, but it expands to about 10,000 in the summer. The local school district enrolls just 215 students in pre-K through grade 12.

Its appeal lies in its sleepy nature and community character, Siller said. Unless opportunities are created by the town for middle-class people to stay, he fears the island will turn into what would essentially be a 30-square-mile gated community.

It’s not just the younger generation or retired people on fixed incomes who are struggling.

Deputy Town Supervisor Amber Brach-Williams said during a June community housing board meeting that she feared she would have to move off island and quit her town position because she couldn’t find housing. Siller, who bought his home in the mid-1980s and owns a garden center, acknowledges that many buyers are priced out of the current market.

One factor for the lack of affordable housing is the pandemic-driven real estate boom. The median listing price for a home on Shelter Island is $1.8 million, according to realtor.com. The website states there are 78 properties for sale, ranging from $395,000 for a vacant lot to nearly $15 million for a six-bedroom home on 23 acres.

Those interviewed said Shelter Island’s vacation and short-term rental markets also contribute to the lack of affordable housing. Some landlords would rather earn $550 a night renting out a three-bedroom home a few times a year than collect rent of $1,500 to $2,000 a month with a year-round tenant, said Penelope Moore, a Shelter Island-based real estate broker licensed with Saunders & Associates.

“A lot of those real tried-and-true, reliable year-round rentals are just not in the inventory anymore,” she said.

A law requiring a rental permit that passed in 2019 might have dissuaded some property owners from renting altogether, Moore said. And then there are Hamptons residents who turned a handsome profit on their homes and bought less-expensive Shelter Island properties, Moore said.

“These are people that have sold their houses in a very hot market on the South Fork,” she said. “We’re a close, cheaper alternative.”

Meanwhile, officials are rallying behind a bill sponsored by Assemb. Fred W. Thiele Jr. (I-Sag Harbor) and State Sen. Anthony Palumbo (R-New Suffolk) that would allow a new .5% real estate sales tax to fund affordable housing initiatives in the five East End towns. The bill has passed both the Assembly and Senate but has not yet been brought to Gov. Kathy Hochul. A similar bill was vetoed in 2019 by former Gov. Andrew M. Cuomo.

Revenue from an existing 2% tax on real estate transfers in Shelter Island doubled from $1.54 million in 2019 to $3.08 million in 2020. It was $2.74 million for the first seven months of 2021. That money can only be used for preservation and water-quality purposes, not housing, according to the law.

Bob Kohn, a retired copyright lawyer and a former member of the town’s community housing board, angered many of his neighbors when he delivered a presentation during the board’s June meeting outlining why the town shouldn’t address the housing problem at all.

He argued that Shelter Island’s water supply could not handle the additional density needed to make housing affordable. Nitrogen levels in private wells are a problem for many homes on Shelter Island, although all-new construction would require an advanced nitrogen-reducing system.

He said instead that buyers should look to affordable pockets of the other East End towns or new developments that could be built on the North and South forks if the real estate tax is adopted.

“If you can’t afford to live in Manhattan, you live in Queens, or the Bronx, or you live in Brooklyn,” Kohn said. “People aren’t entitled to live where they want to live.”

The town board later that month voted 4-0 to remove Kohn from the housing board after he was appointed in March to serve until February 2023. Siller read a statement likening Kohn’s point of view to “plans to buy the homeless bus passes to make it someone else’s problem.”

“There is a group that would like it to be a gated community,” Siller said. “They would like the workers to come take care of everything at 9 o’clock and leave by 5 o’clock.”

Shelter Island has built housing before, including six affordable homes on Bowditch Road in 1997 that cost those residents about $90,000. The properties came with the stipulation that the owners’ salary could not exceed $42,000 at the time of purchase and that they could not sell for 10 years. The first house sold for about $850,000 earlier this year, and Siller called the project a major success for the community.

Officials in the other East End towns — East Hampton, Riverhead, Southampton and Southold — are increasingly embracing and proactively seeking out affordable housing projects.

Private developer Georgica Green Ventures has constructed affordable projects in East Hampton, Southampton and Riverhead towns using a mix of tax credits and government funds. Owners in a 12-unit condominium complex in East Hampton, a town-led project, moved in earlier this year and the town has several other projects in the works. Residents moved into a 50-unit rental complex in Greenport in December.

Chris DiOrio, 32, who was raised on Shelter Island and now sits on the community housing board, said the town’s workforce — largely made up of restaurant workers, grocery store staffers, tradesmen or those employed by either of the two ferry companies — needs the government to step in and create housing. The salaries of those working in the local economy simply do not add up to enough to afford the rent, DiOrio said.

“I think that people like me that really love this place and work hard and want to be here deserve to be here,” DiOrio said. “The way that the free market works is that if we don’t do anything, that will not be the case.”

Vera Chinese joined Newsday in 2017 and covers the towns of Southampton, East Hampton and Shelter Island. A Long Island native, she has reported on East End issues for 10 years. 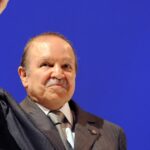 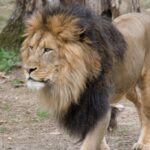 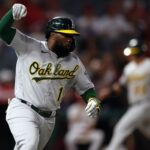