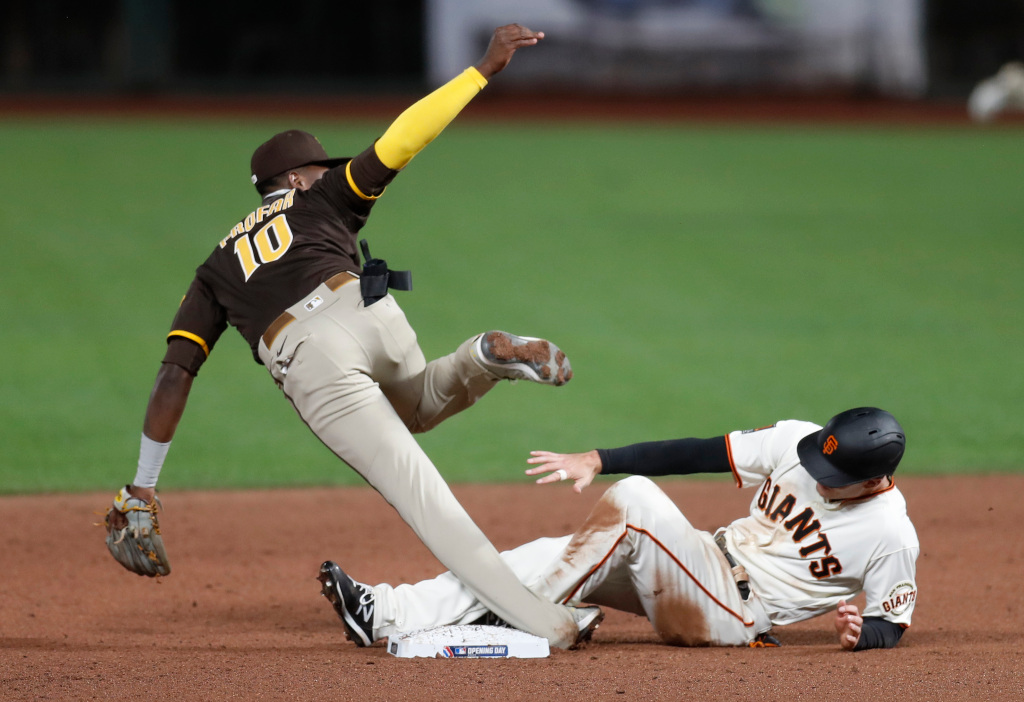 SAN FRANCISCO — After bringing in the center field fences during the offseason and closing off the right field viewing portal underneath the arcade seats at the outset of the coronavirus pandemic, the Giants began to notice a trend.

During summer workouts at Oracle Park, flyballs traveled farther and more balls hit in the air landed beyond the field of play. In their first visit to San Francisco since the Giants reimagined the outfield, the San Diego Padres noticed it too.

The Padres hit a pair of homers off Giants starter Jeff Samardzija and dealt the hometown club a 5-3 defeat in a home opener that lacked drama and offensive firepower for the orange and black.

First-year San Francisco Giants manager Gabe Kapler was wary of letting Samardzija face a Dodgers lineup loaded with left-handed sluggers, so he made the surprising decision to keep the veteran starter out of the rotation for the season-opening series in Los Angeles.

The Giants thought a right-handed heavy Padres lineup was a better matchup for Samardzija, so he waited to make his season debut until Tuesday’s home opener.

The results weren’t exactly what the Giants were hoping for.

Samardzija lasted four innings, giving up five runs that all scored on a pair of back-breaking homers.

The first blast came in the top of the third, when Samardzija threw a curveball down in the zone to Padres phenom Fernando Tatis, Jr. The second-year shortstop sent the pitch in the air toward right field, but it had enough loft that first baseman Pablo Sandoval initially began chasing the ball thinking he may have a play.

In stunning fashion, Tatis’ flyball landed atop the brick wall in right field, caroming into the arcade seats for an unlikely three-run homer. Giants television broadcasters Duane Kuiper and Mike Krukow said closing off the viewing portals underneath the fence may have changed the wind patterns inside the park, and based on the way balls carried to right field in last week’s exhibition game against the A’s, the organization may want to commission a scientific study.

In the top of the fourth inning, Padres right fielder Wil Myers hammered a pitch toward the left center field gap that likely still would have cleared the outfield wall during the first two decades of the stadium’s existence. In 2020, Giants center fielder Mike Yastrzemski watched Myers’ flyball soar into the home bullpen was relocated from foul territory in left field to the area beyond the left center field fence.

The park dimensions aren’t dramatically different, but there’s no question a few flyballs that were playable in the past will result in home runs in the future. Myers’ two-run shot on Tuesday was the first that would have landed on the metal bleacher seats and instead found company among Giants relievers.

It wasn’t lost on Giants fans that Samardzija was the first to confront the new challenges Oracle Park is presenting to pitchers. The right-hander is in the final season of a five-year, $90 million deal with the club and while he’s coming off an impressive 2019 in which he finished with a 119 ERA+, he’s always struggled with giving up homers.

In 54 career games at Oracle Park, Samardzija has now surrendered 31 home runs, the ninth-most of any pitcher in the two-decade history of the stadium.

The Giants’ best chance to mount a comeback came in the bottom of the sixth, when Kapler’s lineup finally chased Padres right-hander Zach Davies out of the game. Third baseman Wilmer Flores and catcher Tyler Heineman each drove in a run to narrow the deficit from 5-1 to 5-3, but pinch-hitter Hunter Pence missed a chance to make reliever Matt Strahm pay for an 84-mile per hour mistake.

Pence swung at the first pitch from Strahm, a changeup left out over the heart of the plate, and popped it up behind home plate to Padres catcher Francisco Mejia.

The Giants had another opportunity to rally in the eighth after Mike Yastrzemski led off the inning with a walk, but Wilmer Flores hit into a 5-4-3 double play to end a threat. 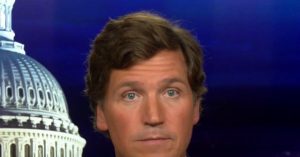