San Francisco Mayor London Breed was seen at a nightclub earlier this week and was not wearing a mask, despite the city’s requirement to wear face coverings in indoor public settings, according to a published report.

The San Francisco Chronicle reported that Breed and most other patrons at the Black Cat nightclub, which serves food and drinks, were not wearing masks while in attendance on Wednesday. The city’s health order says that attendees at live indoor performances must remain masked except when actively eating or drinking.

The Chronicle reported that Breed “had a table of drinks in front of her and was often holding one” and “spent the night dancing, singing along and posing for photographs without a face covering.”

Nightclubs in San Francisco require patrons to show proof of full vaccination. San Francisco is one of only a few local governments in California to have or which are planning such a requirement.

The mayor’s office did not immediately respond to a request for comment Friday.

Most counties in the San Francisco Bay Area, as well as Los Angeles, Ventura and Sacramento counties, and many others in California, began reinstituting universal mask orders in indoor settings this summer, regardless of vaccination status.

The moves were made after it became increasingly clear that, while vaccinated people are far less likely to contract the coronavirus and be contagious to others, inoculated people still have a small chance of becoming infected and potentially spreading the virus.

Los Angeles County health officer Dr. Muntu Davis in July characterized the indoor mask mandate as an effective way to curb the spread of the highly contagious Delta variant without interrupting operations at businesses and venues.

The U.S. Centers for Disease Control and Prevention recommends people 2 and older wear a mask in indoor public settings, regardless of vaccination status.

In December, Breed expressed regret after dining at the high-end French Laundry restaurant in Napa County on Nov. 7, a statement that came as the autumn-and-winter COVID-19 surge gained momentum.

Breed’s French Laundry dinner, which was also first reported by the Chronicle, violated no local health rules. At the time, both indoor and outdoor dining were permitted in San Francisco and Napa County. Her party dined in a semi-enclosed space.

But the revelation that Breed mixed with people outside her household at the famed and ultra-pricey restaurant seemed to go against warnings she and the city issued a week earlier, urging San Francisco residents not to gather as normal for Halloween or for Dia de los Muertos. 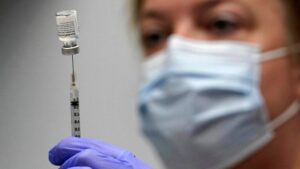 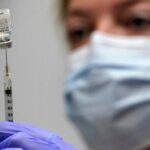 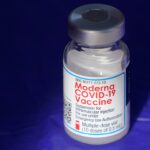 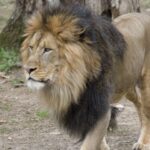 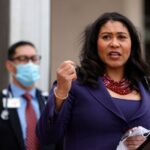