Alternative NewsCivil Unrest
14 Sep at 11:45 am 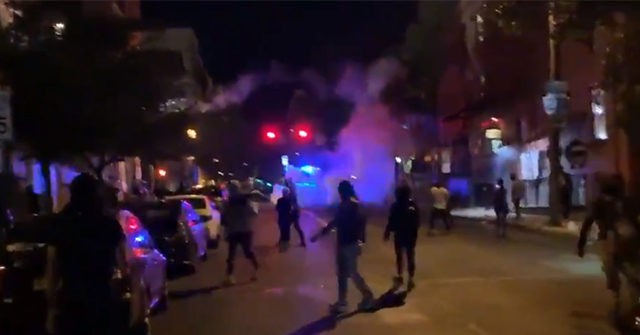 Black Lives Matter rioters raged in Lancaster, Pennsylvania, Sunday night, throwing bricks at police station windows and hurling glass bottles, rocks, and bricks at officers following a police-involved fatal shooting of a man who chased an officer with a knife in hand.

Black Lives Matter protesters gathered in the streets following the police-involved shooting of 27-year old Ricardo Munoz, who chased an officer with a knife in hand, bodycam footage shows.

According to the Lancaster Bureau of Police, authorities issued several warnings to the group of over 100 protesters. After they failed to heed the warnings, police deployed the use of chemical agents.

“OC spray was also deployed at protestors that refused to move from the ramp and were physically challenging Officers that were moving to clear people from the ramp,” authorities added.

Tonight in Lancaster, protesters are calling out police to a skirmish pic.twitter.com/j6WuJ8xZzu

PENNSYLVANIA: After protesters were warned to get off the police station ramp and declared an unlawful assembly

Police then open up the first round of tear gas

Protesters then begin to continue to throw projectiles at police pic.twitter.com/1FvcT2D3sm

Many rioters can be seen yelping in displeasure pic.twitter.com/2wEU0s6xkX

Black lives matter protesters join in and call to light the car on fire pic.twitter.com/3tdCL5zaYi

BREAKING: Antifa has begun breaking the windows of the Lancaster police precinct

Officers are responding with non lethal rounds and are now in the streets pic.twitter.com/icg1rDxxC9

BREAKING: police make a full offensive in Lancaster, Pennsylvania to clear out BLM and Antifa rioters

After they destroyed city property, including a police vehicle, created barricades, and threw rocks/bricks at officers

The unlawful assembly was declared hour ago pic.twitter.com/pg8K5wG9qd

BREAKING: arsonists are lighting fires in the streets in Lancaster and adding public trash bags as fuel at the BLM ✊🏿 riot pic.twitter.com/5Of9r9fGua

PENNSYLVANIA: BLM Rioters end their night with some arson pic.twitter.com/tzLgZUv4vc

Police affirmed that, at the time of their update, protesters were “still gathered outside the station” and had “thrown traffic barricades, large planters, and trash receptacles across the ramp.” 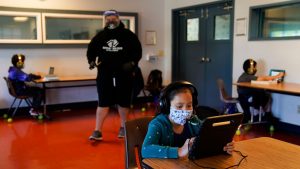 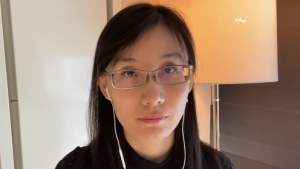 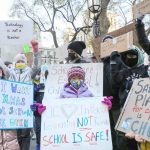 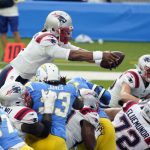 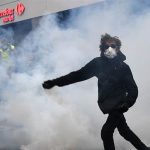 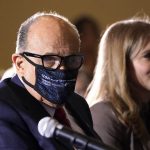