In the aftermath of Rep. Louie Gohmert’s positive COVID-19 test, the debate around sending rapid test machines to the Capitol is back in full force.

House Speaker Nancy Pelosi and Senate Majority Leader Mitch McConnell don’t agree on much, but they are on the same page about not bringing rapid testing to Capitol Hill — and there is bipartisan pushback against their decision.

“I think we need to look at that, especially members are traveling from other places you have staff and others — testing would be appropriate to have,” House Republican Leader Kevin McCarthy said on Wednesday. “Just as Congressman Gohmert says he doesn’t have any symptoms — there could be others like him.”

High-ranking Rep. Gerry Connolly, D-Va., says the virus has taken a “deeper hold” around the country and it is time to implement rapid testing at the Capitol.

“We’re the Congress of the United States. We’re expected to do the people’s business. We’re not going to be able to do that if half our staff and half the members are in quarantine or, God forbid, get sick.”

Fallout from Gohmert, R-Tex., on Capitol Hill turned up the heat on congressional leaders to enact a better screening process for the hundreds of members and staff who travel back and forth every week. But Pelosi and McConnell indicated they aren’t budging from a decision they made in May, when the administration initially extended their offer of providing Congress with rapid testing machines.

Good news: as the Senate reconvenes to do important work for the American people during this public health crisis, we have now received an initial request and are sending 3 Abbott point of care testing machines and 1,000 tests for their use.

White House Chief of Staff Mark Meadows on the Hill this week indicated multiple times that the administration’s offer of sending rapid test machines to a highly-saturated Capitol still stands.

“I think the president was very clear that offering rapid testing for members of Congress from the White House we just thought it was a prudent thing to do since there’s so many members that need to be here to conduct the people’s business,” Meadows told reporters.

After meeting with Meadows, McCarthy said he would be happy to accept the offer. But one problem stands in the way: Pelosi and McConnell say that with no national testing strategy, they can’t accept it.

There are also logistical and supply concerns. Using the three machines the Trump administration offered it would take more than a full day and a half to test the 550 House Members and staff, per a congressional aide. Not to mention the roughly 30,000 individuals in the legislative branch.

Pelosi today stood firm on their May 2nd decision when they rejected the tests. “It’s not up to Senator McConnell or me, as far as I’m concerned, it’s up to the Capitol physician.”

It is not the first time a major decision has been placed on the Capitol Physician, Dr. Brian P. Monahan, whose office has not responded to multiple requests for comment.

In addition to the logistical concerns there are also optics considerations. “How does it look if members of congress can get rapid testing whenever they want but frontline workers and sick patients around the country still cannot get a test?” a Democratic aide told NBC News.

“I think if we had an actual national testing strategy where anyone who wanted a test really could get one, then leadership would feel more comfortable instituting rapid testing at the Capitol,” the aide added.

Senate Health Committee Chairman Alexander has been pushing for a more comprehensive national testing strategy since March. Along with Senator Blunt, R-Mo., the pair helped secure funding for the NIH to “fast track” new technologies to produce millions of tests.

Alexander is renewing his calls on McConnell and Pelosi to accept the administration’s offer of rapid tests.

“I see no reason why given the large number of tests that we’re now doing across the country that we don’t make machines available to members of congress who fly back and forth around the country,” Alexander told NBC. “Not for the purpose of protecting them so much, but for the purpose of protecting the people we might infect if we catch the disease.”

“I think there should be rapid testing everywhere,” he said. “When we turned down testing three months ago it was because the hospitals didn’t have tests, people didn’t have tests and so we wanted to make sure they were available for the people who needed them the most.”

While no official response from the Capitol physician’s office, 12 members of Congress have tested positive or presumed positive for COVID-19, and hundreds more congressional staff, aides and U.S. Capitol police officers have as well, according to an NBC News count.

And the $25 million in funding to clean the Capitol complex, appropriated from the CARES Act, has already been depleted.

“While some seem to think rapid testing would be some silver bullet to get Congress back to normalcy and functioning I don’t think that has gotten enough scrutiny,” said a democratic aide familiar.

The issues of false positives, not enough supplies, lack of equipment and days-long testing times considering the thousands of people at the Capitol are of prime concern.

There are currently 550 members and staff that keep the house chamber functioning.

“The NBA has found a way to test 1,500 people nearly daily in their bubble,” said a congressional aide. “I think Congress could figure out the logistics of testing on the Hill.”

Haley Talbot is an associate producer in the NBC News Washington bureau. 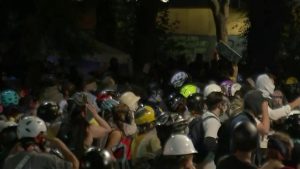 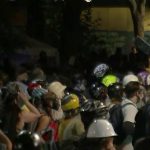 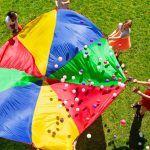 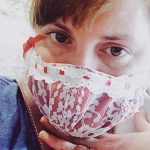 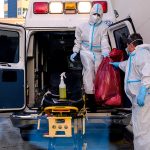