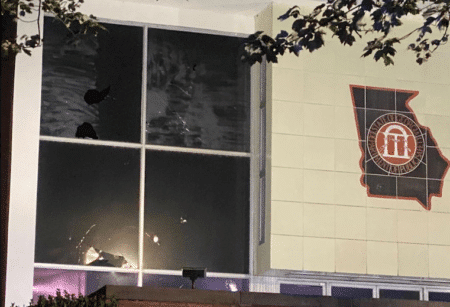 The Georgia Department of Public Safety Headquarters in southeast Atlanta was vandalized early Sunday morning, July 5, by as many as 100 protesters wielding rocks, spray paint, and fireworks.

According to a statement from the Georgia State Patrol, the group broke multiple windows, spray-painted the building, damaged a patrol car, and started a small fire in an office by tossing fireworks through a broken window.

The State Patrol said DPS personnel extinguished the fire, but two were treated for smoke inhalation. The Georgia Bureau of Investigation is assisting with the investigation. 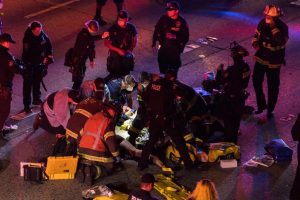 1 of 2 protesters hit by driver on Seattle freeway dies