PORTLAND, OR – Demonstrations have entered a seventh consecutive week in Portland. This includes a clash that lasted into Tuesday morning in which demonstrators and cops faced off for hours at a police union building in a north Portland.

Tuesday evening, the Portland Police Department took to Twitter to declare the protests a riot, tweeting:

“A riot has been delcared. Everyone needs to disperse immediately and leave to the East.”

Monday marked the 46th consecutive night of demonstrations in the city which authorities said have cost $23 million in damages and lost revenue to businesses in the downtown area.

In addition to declaring a riot, the Portland Police sent out another tweet saying their officers have been hit with paint, ball bearings, and glass bottles, which the added are criminal acts.

Some of the items thrown at officers include paint, ball bearings, and glass bottles, which are all criminal acts. pic.twitter.com/9ghKqB8urT

Police repeatedly ordered the crowd to disperse and threatened to use tear gas, but ultimately did not.

Monday’s events, the latest after the death of George Floyd in police custody in Minneapolis on Memorial Day, followed a similar incident over the weekend, when a federal officer protecting a courthouse was hit in the head with a hammer.

Police were able to arrest a 23-year-old from Texas on assault charges.

The officer injured was one of many federal law enforcement agents called in to help settle the mayhem, deployed earlier this month among a dozen agencies and departments sent by the Department of Homeland Security, Fox News said.

Federal officers from the U.S. Marshals, the Federal Protective Service and U.S. Customs and Border Protection have moved through the city to protect federal property such as Mark. O Hatfield Federal Courthouse, Pioneer Courthouse, and the Edith Green-Wendell Wyatt Federal Building as well as Terry Schrunk Plaza.

Wheeler tweeted out that the president did not quell the violence, instead saying:

“His heavy-handed tactics led to a serious injury and enflamed an already tense situation.”

The President did not quell it, he escalated it. His heavy-handed tactics led to a serious injury and enflamed an already tense situation. https://t.co/V1lZeOLWD1

Refusing to label the demonstrators as “protesters,” Davis referred to them as “agitators.”

“There’s a very big difference between protests and the kind of mayhem that we see every night. You’re going to hear me make a lot of effort not to refer to what we’re talking about here as protests, because protests and this are two different things.”

The press conference, which was organized by Mayor Wheeler’s office, highlighted the divide of many city officials.

Commissioners Jo Ann Hardesty and Chloe Eudaly have continually questioned police tactics in handling the events of the recent weeks, the police have amped up their criticism of the riots.

Tim Becker, the mayor’s spokesman, mentioned in a statement that the mayor is “supportive of the intent” of Davis’ presentation, which described “what’s happening every night from an operational standpoint.”

Davis offered support for the Black Lives Matter movement and peaceful protesters during his press conference.

He also displayed the infographic for protest roles created by the Hong Kong “freedom fighters” who are protesting to remain autonomous from China’s authority.

We have seen all of this at demonstrations in Portland. https://t.co/jYlZrHKhH8

Davis’ presentation followed a press conference in which Portland Police Association president Daryl Turner said the union had issued a no-confidence vote against the City Council to “stop the rioting and looting and protect the safety and livelihoods of all Portlanders.”

“If City Council won’t stand up for Portland, we will.”

For more on that vote, as well as Turner’s plan for standing up for Portland, keep reading below.

Portland Oregon has reportedly suffered $23 million in damages and customer loss due to violent nightly protests.

Rioters have converged nightly into downtown Portland, looting, vandalizing, and throwing projectiles at police. Politicians have none nothing but pander to the mob, and have so far not condemned this violence, save for a string of tweets from Mayor Ted Wheeler.

These attacks undermine public safety in our community, and they harm the very people and businesses we need to be lifting up.

I am grateful that no one has died in Portland, but other cities have not been so fortunate.

Now, Portland Police Association (PPA) is taking action. More on that in the second half of this article.

For over a month police have responded to criminal activity in downtown Portland and in other neighborhoods that has caused millions of dollars in damage and has threatened human life and safety. pic.twitter.com/bdEHYENfqr

Of the damage from the rioting, Deputy Chris Davis stated:

“There’s a very big difference between protests and the kind of mayhem that we’ve seen every night. … The Black Lives Matter movement is not violent. The story that we’re going to talk about today is about a small group of agitators that is attempting to hijack that message and use it as a cover for criminal activity.”

The protests are now in their sixth week. Protesters and some politicians were not happy with the use of tear gas used by police, but with the fairly large group of rioters growing in numbers, it’s unclear how they expect officers to control the group.

PPA President Daryl Turner discussed Wednesday at a press conference on FOX12 the need for peace for all residents of Portland, as well city safety as protests continue nightly.

“For forty days, thousands of people have poured out onto the streets calling out for change. For over 40 days a small number of people have hijacked those calls for social justice and use the cover for peaceful protest to burn and loot our city. It’s enough.

“Over half a million people call this city home. All of Portland deserves safety, security and a nonviolent platform to speak their minds.”

He also expressed his lack of confidence with the City Council:

“I have no confidence that city council will stand up for all of Portland.

“I have no confidence that the city will stop the rioting, the looting and protect the safety and livelihood of Portlanders.

“I have no confidence that the City Council will guide the PPB forward to a new era of policing that prioritizes community safety, equity, reform, and police funding.

“I have no confidence that City Council respects and supports its rank-and-file officers who work tirelessly to better our community.

“I have no confidence that City Council wants to be part of the solution that closes the divide between police and our communities.”

PPA Prez Daryl Turner didn’t get a response from City Council after publishing a statement asking them to “defend Portland,” so he penned another one: pic.twitter.com/IQX7T3cg3n

According to KGW8 on June 17th, The Portland City Council has passed the 2020-21 budget 3-1 with plans to cut $15 million from the police bureau, taking away 84 positions. Current requests for defunding the department was at $50 million according to Unite Oregon.

“While the PPA came out this morning with a vote of no-confidence in City Council, I remain undeterred and continue to work on the change demanded by the public.”

“This is not an unusual tactic when the public tide turns against the PPA or no longer allowing them to dominate the dialogue around policing and I will continue to work on change as the public demands and will not be intimidated by them.”

Turner’s “tactic” includes real solutions, which he wrote of in a press release:

“Our City Council should stand up and remind our communities that we must work to heal our City, not destroy it. Violence in our streets does not fix social and racial inequities. Burning down the Justice Center or destroying a federal courthouse brings no one justice.

“If City Council won’t stand up for Portland, we will. The PPA will be pushing two initiatives forward that are focused on community safety, police funding and reform, and internal and external racial equity.

The Portland Police Association announced its leadership voted unanimously that they have no confidence that the city will stop the rioting, looting, and vandalism that they have seen over the last 40 days.https://t.co/QO9pgOJOgO

“Pastor Rev. J.W. Matt Hennessee and I will hold standing, quarterly roundtables that bring together police and our community.

The simple act of sitting together and talking can be profound. We want change. We want healing.

We want to ensure that we protect all Portlanders and give them a constructive, meaningful opportunity to speak openly and freely about social and racial justice. To get there, we must continue to engage with one another. We must continue to have difficult conversations.

“We won’t stop there. The words “police reform” don’t scare us. In my 29-year career, I have evolved daily as a person and as a police officer.

And every day, the Police Bureau has grown and improved as an organization. Now is the time to continue growing, improving, and evolving.

Defunding police in our City will not improve or reform the police. To reach those goals, we must invest in our Police Bureau.

To that end, the PPA has announced an eight-part reform platform based on reasonable and constructive efforts to improve policing services for all of Portland, available at www.fundpolicereform.org.”

As of the time of this writing, no politicians have responded to Turner’s statement. 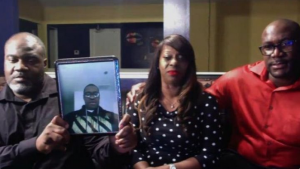