Pepper spray and chemical agents were used against demonstrators who gathered outside a Pennsylvania police station Sunday night to protest the fatal shooting earlier that day of a man police said ran at an officer with a knife.

The crowd of more than 100 gathered outside of the Lancaster Bureau of Police Station, according to a statement from the department, which said the group was told “chemical munitions would be deployed” if they did not move from an access ramp near the station.

Police deployed “chemical agents” and pepper spray at the crowd, which police say damaged a county vehicle, threw bricks at the station and threw bottles, rocks, bricks and road barricades at officers.

The gathering was in response to the shooting of 27-year-old Ricardo Munoz.

The Lancaster City Bureau of Police had responded earlier in the day to a call from a woman saying “that her brother was reportedly becoming aggressive with his mother and was attempting to break into her house,” according to a police account of the incident.

When the first officer arrived, he made contact with a woman before a man exited the home and “began chasing the officer,” police said.

Body camera footage released by police shows the man was holding what appeared to be a knife in his hand as he made his way toward the officer.

In the body camera video, the officer, who was the only authority on scene at the time, fired several shots, and struck the man, who fell to the ground dropping the apparent knife. The man was pronounced dead at the scene.

The Lancaster County District Attorney’s Office, which investigates all officer-involved shootings in Lancaster County, said Munoz was “brandishing a knife above his head, in clear view, in a threatening manner.” When the investigation is complete, the office will release all findings, the office said in a statement.

“We will do our best to release details about the incident in a timely manner,” said District Attorney Heather Adams.

“A police-involved shooting has significant impact on a community, as we are seeing with the large number of individuals gathering in the streets,” Adams said Sunday night. “However, I am asking that all reaction be tempered as the investigation is ongoing.” 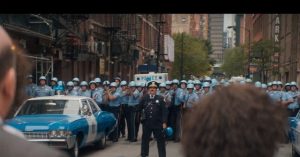 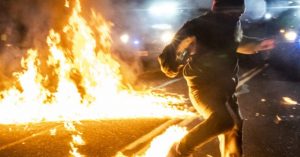 Mask use can reduce new Covid-19 infections by close to 50%, study finds 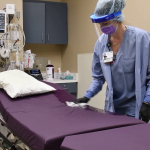 COVID-19 was the leading cause of death in U.S. this week 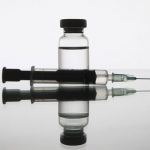 Can Your Employer Require You To Get A COVID-19 Vaccine? 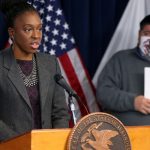