Right-wing Tennessee pastor Greg Locke is pushing false claims that an executive order signed by the state’s Republican governor authorizes “camps” for those unvaccinated against COVID-19.

Locke made the remarks during a sermon on Sunday. Locke blasted Governor Bill Lee for signing Executive Order 83 on Friday, an order intended to expand health care resources by easing regulations as the state attempts to grapple with a surge of COVID-19 cases and hospitalizations. The pastor falsely claimed the hospitals would be proven “empty” if someone were to “carry a camera” into one before insisting that Lee’s order would allow camps to be built to hold those “still in refusal to be vaccinated.”

“They’ve authorized the Tennessee Department of FEMA to build what they call—in his own authorized pages of a signature—quarantine camps,” said Locke, in a clip shared to Twitter by Right Wing Watch, “I ain’t talking about East Germany, I’m talking about Tennessee. Quarantine camps for the uninformed people that are still in refusal to be vaccinated.”

“Look, if that don’t bother you, you might as well show up at another church next week, cause I’m gonna keep raising Cain about all this nonsense,” he added.

Locke went on to insist he did not “care” about the opinions of Lee, while inexplicably tying the conservative anti-abortion governor to Planned Parenthood, CNN anchor Chris Cuomo and several seemingly unrelated Democratic figures. Earlier in the sermon he called the governor a “coward” and accused him of promoting “willy nilly nonsense.”

Locke continued to shout his sermon while vowing he would “die by what I say if I have to” and “fight this garbage until my dying breath.” Right Wing Watch captioned the clip with, “Needless to say, none of this is true.” Locke angrily responded to the tweet and called the group “liars.”

In fact, a reading of the “bill” Locke is referring to—Lee’s executive order—does not confirm the pastor’s claim. Instead, the provision in question eases regulations to allow for the accelerated building of temporary COVID-19 “quarantine and isolation facilities” if needed.

The order does not suggest that “camps” should be built to involuntarily hold the unvaccinated, nor does it mention vaccination anywhere except in the preamble, which describes vaccines as “the best tool to combat COVID-19” and says that “all eligible persons are strongly encouraged to get vaccinated against COVID-19.”

“The recent EO temporarily deregulates certain requirements for hospitals like what spaces can be used to treat individuals seeking care, assistance to help with staffing shortages, etc.,” Laine Arnold, Lee’s communications director, said in a statement to Newsweek.

“They are the exact same provisions that have been enacted previously when hospitals were facing strain,” Arnold added. “It only pertains to hospital operations.”

Last month, Locke vowed to kick out congregants who wore face masks while shouting a different sermon, raging against “Delta variant nonsense” and promising he would not be “playing these Democrat games up in this church.” 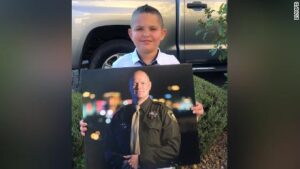 His dad, a police officer, died from Covid-19. Fellow officers escorted him to his first day of school 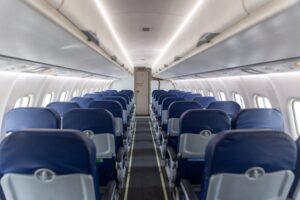