Hanna Riva Goldberg, who attends the Hebrew Academy of Nassau County, was the only one in her seven-member family not to contract the coronavirus, she said Tuesday.

The 16-year-old was among those age 16 and up who became eligible on Tuesday to receive a vaccine against COVID-19. She got her first shot, of Pfizer, during a news conference at Northwell Health in New Hyde Park on Tuesday.

“I think it’ll put people to ease,” she said, when they learn she has been vaccinated, and “that I’m not a danger to anyone.”

Dr. Sophia Jan, chief of general pediatrics for Cohen Children’s Medical Center, said getting the two-dose vaccine will make it possible for teenagers to play sports, travel and see — and even hug — family and friends. “It will be so much easier to go about your life,” she said.

Those ages 16 and 17 will need to show consent from a parent or legal guardian in order to get the shot, according to the state Health Department. A parent or legal guardian will have to provide verbal consent either in person, or by phone, at the time of the vaccine appointment, the agency said. Of the three COVID-19 vaccines approved for emergency use by the federal government, only the Pfizer-BioNTech vaccine can be given to 16- and 17-year-olds.

Ron Masera, superintendent of the Center Moriches district and president of the Suffolk County School Superintendents Association, said parents will decide whether their kids will get vaccinated, but schools will provide support.

“As schools, we are promoting education with regard to responsible behaviors, and that includes information about vaccination eligibility,” he said. “The more people vaccinated within our communities — that brings us one step closer to normalcy.”

Since no vaccine has been approved yet for children younger than 16 — the bulk of the school district’s student population — it’s too soon to measure the impact on the start of the new school year in September, he said.

“Vaccinations could be game-changers for schools,” Masera said. “But things are evolving very quickly, and it’s difficult right now … to predict what that means six months from now in September.”

Bill Heidenreich, superintendent of the Valley Stream Central High School District and president of the Nassau County Council of School Superintendents, said some parents have contacted him, and he advised them to speak with their health care provider.

Heidenreich said anytime a student has a medical appointment, it’s considered an excused absence. Vaccinations would fall under that category.

Newfield High School senior Maggie Lasher became eligible for the vaccine on Tuesday as well, and plans to get her first shot as soon as possible.

“It will allow us to have the fun events that we are missing out on,” the 18-year-old said at her school in Selden. “I’m excited to be part of it. It’s cool to be a part of making history.”

Liam Ortiz, 17, a junior at Newfield, was already eligible through his job as a food server to get the vaccine, and got his second shot Tuesday.

“We have missed out on a lot of opportunities to get together at events like concerts and different awards nights, and we are hopeful for next year that if the majority of us get vaccinated, we will get to have these events next year,” he said.

Joie Tyrrell is a Long Island native and covers education for Newsday, where she has worked for nearly 20 years. 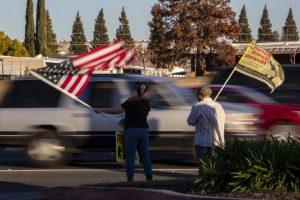 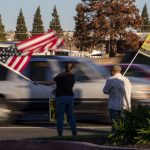 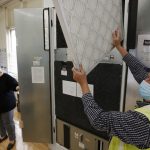 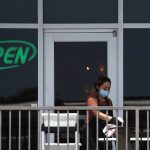