Nursing Homes Were a Coronavirus Disaster Waiting to Happen 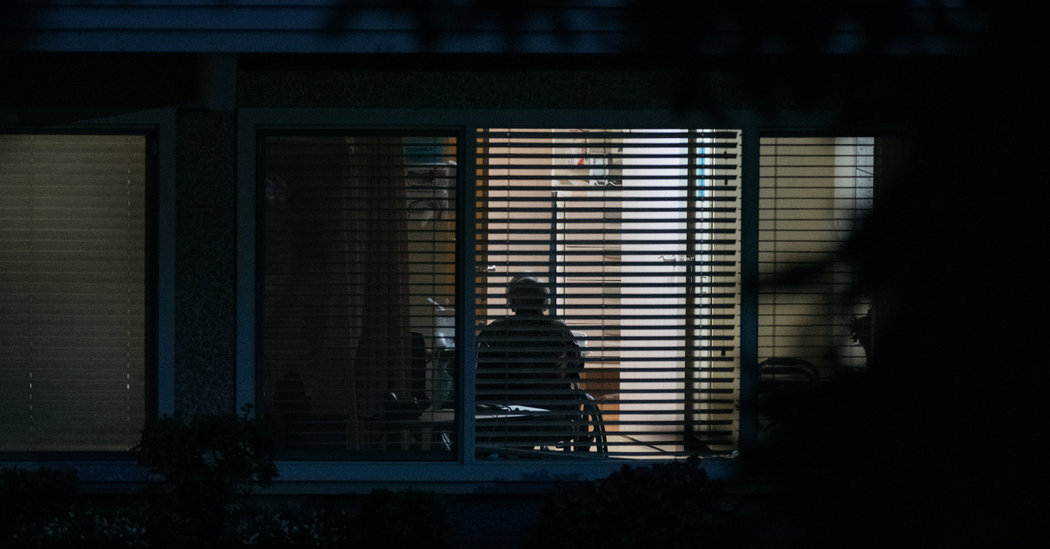 It was clear almost from the outset that the elderly and frail were in the greatest danger from Covid-19. And it was clear to anyone familiar with American nursing homes that these facilities would not be up to the task of protecting their older and infirm residents.

As of Thursday, Covid-19 has killed over 10,000 residents and staff members in long-term-care facilities in 23 states that report fatality data, about 27 percent of the Covid-19 deaths in those states, according to the Kaiser Family Foundation.

The weaknesses in patient care and oversight at nursing homes that made those deaths more likely were longstanding, widespread and well known.

One-third of Medicare beneficiaries admitted to nursing homes suffer harm within about two weeks of entering the facility, according to a 2014 report from the federal Office of Inspector General. These are the short-term residents for whom facilities are paid the most and who are typically most able to articulate their concerns if something is wrong. Where does that leave a majority of residents who are in the facility long-term, most of whom are older, frail and cognitively impaired?

These existing problems intensify the risk that residents will suffer and die not only from Covid-19 but also from the erosion of care the pandemic is causing, increasing neglect and abuse in a system that on a good day too often failed to fulfill its duties.

Despite the absence of federal reporting requirements, we are seeing that residents and families are being devastated by Covid-19. In New Jersey, an anonymous tip led authorities to a nursing home that was storing corpses in a shed. At least 29 of its residents have died from Covid-19 and many more residents and staff members have been infected. Unsurprisingly, this for-profit nursing home has a history of seriously low staffing and citations for substandard infection control.

In a Houston-area nursing home, more than 80 residents and staff members have tested positive for the coronavirus. This facility also has seriously low staffing and close to four times the number of substantiated claims than the national average.

The tragedy is that government standards of safety and care at homes certified under Medicaid or Medicare (a large majority) are strong. If enforcement of those standards had not been so lax, the devastation we have seen in nursing homes could have been mitigated.

Those standards were developed in response to reports of horrific conditions in the 1970s and 1980s. The federal Nursing Home Reform Act of 1987, and the regulations and guidance through which the law is carried out, most recently revised in 2016, require effective infection control and prevention including hand hygiene and the use of personal protection equipment.

Still, according to the Centers for Disease Control and Prevention, one million to three million serious infections occur every year in nursing homes and other long-term-care facilities, and as many as 380,000 people die of those infections every year.

The most important precautions against infection are inexpensive and simple, and the most common violations involve simple sanitation and hygiene practices, like hand washing. Nevertheless, infection control and prevention problems were the most frequently cited violation in nursing homes last year.

In New York, inspectors observed an aide cleaning an incontinent resident with a soiled washcloths then, without washing his hands, “proceeded to transport the resident to the common area.”

State enforcement agencies and the Centers for Medicare and Medicaid Services let nursing homes operate even when they have been cited and fined for many violations. Numerous federal and academic studies over the years have found that government inspectors do a poor job finding substandard care and, even when they do, are woefully disinclined to penalize a facility for it.

Nursing home industry lobbyists often claim that their clients cannot afford to improve conditions because they make so little money. In fact, the for-profit sector of the industry has been growing for years, belying the notion that it is not a profit-generating industry. Profit margins from Medicare reimbursements have been in the double digits for about 20 years, according to the nonpartisan Medicare Payment Advisory Commission. Medicaid rates have steadily increased since 2011, according to the National Investment Center for Seniors Housing & Care. In addition, nursing home profits are increasing under the new federal payment methodology introduced last October.

So we can’t accept industry excuses about costs or give in to Trump administration efforts to undermine regulatory standards and reduce the already low frequency of inspections. Instead, existing standards need to be more strictly enforced, and tougher standards need to be put in place. Residents’ lives depend on it.

Federal minimum staffing standards are long overdue. A study in 2001 determined that the typical nursing home resident needs about 4.1 hours of care each day just to meet his or her basic clinical needs (not to mention live with dignity). The average facility reports only 3.7 hours per resident per day.

The pandemic has made this worse. Daily, we hear reports from across the country even of residents who need help with eating going hungry.

As Maryland, Florida and other states have begun doing, every state should send to adult-care facilities strike teams composed of people from state and local health departments, local health systems and the National Guard to assess the safety of both residents and staffs and, where necessary, take over management and provide medical treatment, testing and supplies. If residents are neglected or in medical distress, the strike teams should be able to provide care or see that they are transferred to a hospital or other appropriate setting.

We also must ensure that at least one registered nurse is in each facility 24 hours a day and that an infection preventionist is in the building at least part-time. Good facilities are providing this staffing now, and were presumably better equipped to safeguard both residents and staffs in the face of the pandemic. But in the absence of federal requirements, most facilities fail to do so.

We need to establish how much Medicare or Medicaid funds go to care and limit how much revenue nursing homes can siphon into profits, unrestricted administrative expenses or unaudited contracts with companies they control.

While reimbursement rates for Covid-19 patients are very high, there are no requirements that those funds be used to buy protective equipment, boost staffing or help residents get through this crisis.

A pandemic is a force of nature that cannot be avoided. But years of neglect by nursing homes have left millions of older residents unprotected from it. Many of the deaths we’ve seen could have been prevented. More lives can be saved if we demand more from the industry and from its regulators.

Richard Mollot is the executive director of the Long Term Care Community Coalition.

The Times is committed to publishing a diversity of letters to the editor. We’d like to hear what you think about this or any of our articles. Here are some tips. And here’s our email: letters@nytimes.com. 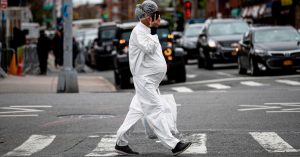 Should You Fear the Coronavirus While Giving Birth in an NYC Hospital? 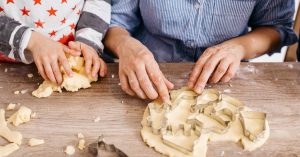 Quarantine Parenting Doesn’t Have to Be Perfect