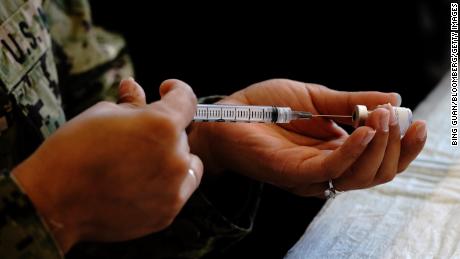 As of Thursday, approximately 75,500 Marines have received vaccines, including fully vaccinated and partially vaccinated service men and women. About 48,000 Marines have chosen not to receive vaccines, for a declination rate of 38.9%.
CNN has reached out to the other services for acceptance and declination rates.
The corresponding acceptance rate for vaccinations among Marines — 61.1% — is not far off the military estimate of two-thirds, or about 66%.
Another 102,000 Marines have not yet been offered the vaccines. The total number of Marines includes active-duty, reserves and Individual Mobilization Augmentee Marines.
The declination rate at Camp Lejeune in North Carolina, one of the prominent Marine Corps bases, was far higher, at 57%, according to another set of data provided to CNN. Of 26,400 Marines who have been offered vaccinations, 15,100 have chosen not to receive them, a number that includes both II Marine Expeditionary Force and Marine Corps Installation East — Camp Lejeune. Another 11,500 active-duty Marines are scheduled to be offered the vaccines.
“We fully understand that widespread acceptance of the Covid-19 vaccine provides us with the best means to defeat the pandemic. The key to addressing the pandemic is building vaccine confidence,” Marine Corps spokeswoman Col. Kelly Frushour told CNN in a statement.
Frushour said there are a number of potential reasons a Marine may choose not to receive a vaccine, including allowing others to receive it first, waiting until it becomes mandatory, getting it through other channels or being allergic to the vaccine.
“Service members who decline one day can change their mind and become vaccinated when next the opportunity presents itself,” she said.
CNN reported last month that the rejection rate for vaccination among service members may be close to 50%, a number notably higher than the 33% figure defense officials have used publicly.
The military cannot make the vaccines mandatory now because they have only emergency use authorizations from the Food and Drug Administration, meaning service members who are required to receive a series of other vaccinations have the option of declining shots to protect against Covid-19.
Officials say most of the vaccine hesitancy stems from concerns about the speed at which the vaccines were developed and fears over long-term effects.
The Defense Department has approximately 2.2 million service members operating around the globe. For every 10 percentage point drop in the acceptance rate, that’s 220,000 individuals opting not to receive vaccines, a number potentially large enough to affect force readiness. Last year, the military experienced a handful of high-profile Covid outbreaks, including one aboard an aircraft carrier deployed in the Pacific.
Last month, a group of Democratic lawmakers called on President Joe Biden to issue a “waiver of informed consent” to make getting vaccinated against Covid-19 mandatory for all US military service members, writing in a letter that “disinformation and vaccine skepticism” are influencing service members to opt out of being vaccinated. 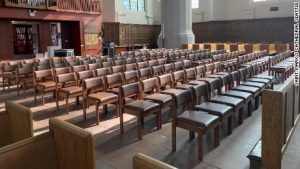 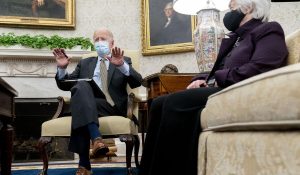 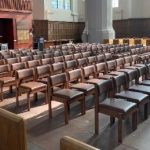 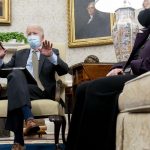 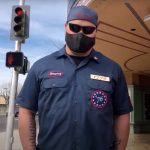 California police officer with ties to Proud Boys is fired 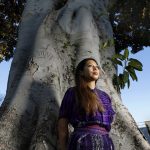