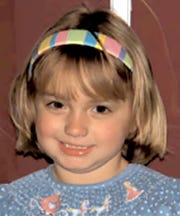 Studies finds that hot cars can become deadly in as little as an hour for children and pets trapped inside. USA TODAY

DETROIT — Aug. 22, 2010 was the worst day of Jenny Stanley’s life, and she wants to make sure other families don’t experience the loss of a child like her family has.

That Sunday was the day her 6-year-old daughter, Sydney, died in a hot vehicle. Her family believes the little girl, searching for a craft from church, crawled into the family’s Buick Enclave and died of vehicular heatstroke.

Tragically, the Georgia family’s loss has been followed by hundreds of others. The previous two years have seen the most children lost in a similar span in this gruesome fashion, 54 and 53 deaths, respectively, in the United States.

This year, COVID-19 appears to have brought its own impact to bear, with more children dying of heatstroke having gotten into vehicles on their own vs. being left there — almost always unintentionally, experts say — by an adult.

The assumption is that vehicles are more likely to be parked at home, often unlocked, rather than driven to, say, an office. Thirteen children, ages 10 months to 4 years old, have died so far this year in a hot car, according to KidsandCars.org. Since 1990, almost 1,000 have died of vehicular heatstroke.

After she lost her daughter, Stanley became an advocate, working with the nonprofit group, KidsandCars.org.

Coronavirus: 24 hours in a COVID-19 hot spot leaves no walk of life unscathed. This is what it’s like.

Last year, automakers pledged that rear seat reminder systems would be standard equipment on almost all passenger vehicles sold in the United States by the 2025 model year. Industry groups noted that individual automakers are free to go even further and do so faster if they choose.

Safety advocates, however, have blasted the pledge as simply inadequate, noting also that it would be voluntary and unenforceable. They want systems that detect the presence of children, not just remind someone to check the back seat, and can alert the driver after he or she has left the vehicle. They point to unmet goals, such as when General Motors pledged in 2001 to roll out sensor technology by 2004 “so sophisticated that it can detect motion as subtle as the breathing of an infant sleeping in a rear-facing child safety seat.”

When asked about the issue last year, GM, which has defended its focus on safety, explained that “systems that accurately and reliably detect children in vehicles have not been widely deployed across the industry due to continued challenges with the accuracy of sensing systems given the broad number of vehicle/seating configurations and the varied positions of children in vehicles.”

The issue has received congressional attention, with legislation passing the House. However, something similar may not have enough support in the Senate despite interest, according to discussion during the webinar.

U.S. Sen. Richard Blumenthal, D-Conn., added his voice to Tuesday’s presentation, describing the need to act as a moral obligation.

“We have the technology to prevent this kind of heartbreak, we have an obligation to use it. My heart goes out to whoever might be affected by these tragedies, but my message goes to the manufacturers. The Hot Cars Act that I’ve introduced would make mandatory a moral obligation that you have to do the right thing and all of us should raise the alarm and support this legislation,” Blumenthal said.

Experts have emphasized that children dying in hot cars is almost always unintentional, although some parents have faced criminal charges. The families involved range across racial, educational and socioeconomic backgrounds.

That describes what Janette Fennell, founder of KidsandCars.org, has seen in the years that she has been an advocate on the issue.

“All it takes is a simple change in routine when parents are totally sleep-deprived and stressed. Everyone who has had children knows that that first year of a child’s life we’re operating in a bit of a fog, and because that is simply a fact, I know as a country we can do more to protect our littlest, precious babies,” she said.

Fennell and others called the cost of adding child detection technology inconsequential to the price of a new vehicle, ranging from an extra $10 to $40.

Regulators have emphasized education, encouraging parents never to leave children alone in a vehicle and to even place items, such as a purse, in the back seat as a way to prompt a check before leaving. They have noted also that because of the length of time it takes the U.S. vehicle fleet to turn over, it would be years before new technology would be installed in a majority of vehicles, which is one reason for the educational push.

“Make it a habit to check your entire vehicle — front and back — before locking the door and walking away. Train yourself to park, look, lock, or always ask yourself, ‘Where’s baby?” according to information from the National Highway Traffic Safety Administration.

Heatstroke can begin when the body temperature reaches 104 degrees. It can also happen quickly, as a vehicle’s interior temperature can increase almost 20 degrees in 10 minutes, according to experts. A cloudy day is not a defense against vehicular heatstroke. 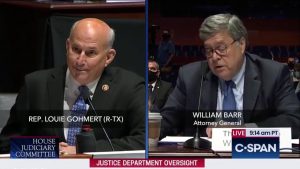 Rep. Louie Gohmert Tests Positive For COVID-19 Ahead Of Presidential Flight To Texas