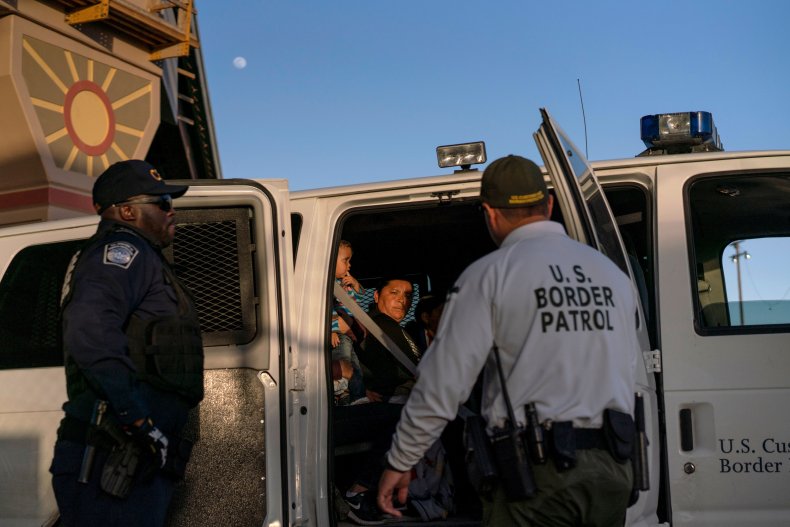 A Border Patrol detention van was involved in a roll-over traffic incident Thursday morning, injuring several and closing down part of the interstate near the Texas border.

“It was a two-vehicle accident with both vehicles traveling westbound along Interstate 10,” Gregory Davis, a spokesman for Customs and Border Protection, told Newsweek. The other vehicle, an 18-wheel truck “failed to maintain its lane,” and “encroached into the passing lane, forcing the van onto the median.”

“The van rolled over multiple times I believe,” said Davis.

Potentially six or seven people, including both the driver, who is a Border Patrol agent, and several detained migrants, were sent to various hospitals for their injuries.

The injury transport operations included several ambulances and more than one helicopter trip to regional hospitals. “No deaths, no fatalities,” said Davis, who also noted that he could not provide details about the identities of the individuals involved, but he hoped to be able to release more information about the crash and the health status of those involved later in the day.

“All available medical assistance was requested to the scene. Office of Professional Responsibility has been notified/is currently investigating this incident. Additional information will be provided as it becomes available.”

Traffic was temporarily detoured off of Interstate 10, and onto a frontage road by Texas State Troopers who were on the scene investigating the accident. The El Paso branch of the Texas Department of Transportation tweeted a traffic update and footage of the rollover crash on Thursday morning: “TRAFFIC ALERT!! I-10 westbound closed at MM 143 @TxDPS investigating rollover crash. Traffic detoured to frontage road until further notice.”

A Border Patrol agent was running after a suspect and left the vehicle parked near the tracks, with the door open. The train then crashed into the vehicle, catching the door, KFOX14 reported.

The Sunland Park Police Department said the crash occurred near Brickland Road on the Texas side of the border, and that no injuries were reported. 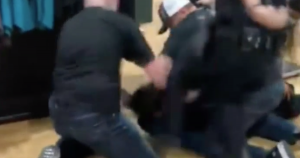 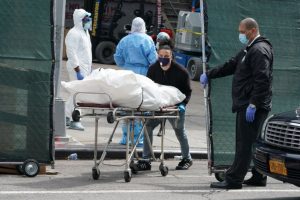 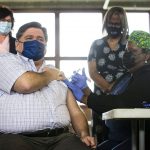 The Spin: The politics of COVID-19 as Illinois prepares to reopen | A closer look at what’s holding up the energy bill | Brad Schneider vs. Ilhan Omar 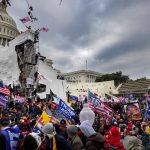 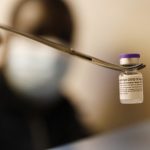 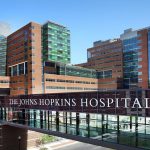