A mass COVID-19 vaccination site opened Friday at the Cal Poly Pomona campus and another large-scale site in Santa Clara is scheduled to open next week, even as vaccine supply continues to constrain the rollout.

The sites will become two of the biggest vaccine hubs in the state — joining Dodger Stadium in Los Angeles — if the operators can get their hands on enough doses, officials said.

A group of health organizations including Kaiser Permanente launched operations at Cal Poly Pomona on Friday, with plans to eventually offer 8,000 to 10,000 appointments per day, according to university officials.

The other new vaccination site is set to open early next week at Levi’s Stadium, Santa Clara County health officials said. A joint effort between the county and the San Francisco 49ers, who play their home games at the stadium, it could become the largest vaccine hub in the state if it meets its goal of doling out 15,000 shots a day.

The Cal Poly Pomona site will start on a smaller scale and then ramp up incrementally. About 500 people were expected to be vaccinated Friday, 1,000 on Saturday and 1,500 on Sunday, according to Dr. Michael E. Morris, physician director of Kaiser’s Southern California vaccination program. Maximum capacity could be reached by next week, officials said.

Soraya Coley, Cal Poly Pomona president, said she’s happy the university can do its part to vaccinate Californians. When the school was asked to host the operation, “there was no hesitation,” she said. Parking Structure 2 and Parking Lot B have been transformed into a walk-up vaccination site.

“We’re committed to not only an outstanding educational experience for our students, but partnering and collaborating in the social and economic and health and well-being of our community of our region,” Coley said by phone following a ceremony marking the opening. L.A. County Supervisor Hilda Solis and Pomona Mayor Tim Sandoval both spoke at the event.

Besides Kaiser, the health consortium behind the site includes Adventist Health, the California Medical Assn., Dignity Health and Futuro Health.

California officials provided the group with 42,000 doses for first shots and booster shots, enough to vaccinate 21,000 people, Morris said, adding in an email, “We will continue to advocate for additional shipments from the state.”

Appointments for the next few days are fully booked, but more appointment slots will be released in the coming days, Morris said. Appointments are required and can be made using the My Turn platform.
Levi’s Stadium will kick off with a capacity to vaccinate about 5,000 people a day, according to Santa Clara County officials. The site will be staffed and operated by the county’s public health system, bolstered by resources and support from the NFL team, according to a news release.

“We appreciate the 49ers stepping up during this difficult time and providing valuable space and resources in the fight against COVID-19,” Mike Wasserman, president of the county’s board of supervisors, said in a statement. “Sports binds communities together and the 49ers helping to vaccinate our community shows true leadership and winning teamwork.”

In an email, county officials said it is using what was previously earmarked for second doses of the vaccine to expand capacity. Earlier this week, state officials directed vaccine providers not to hold on to to second doses, according to the the county.

Appointments for the Levi’s Stadium site will be available beginning Feb. 8 and can be booked online at sccfreevax.org, county officials said.

Dodger Stadium aims to offer 12,000 vaccination appointments daily, making it one of the highest-capacity sites in the state.

Two more California sites run by the federal government, including one at Cal State Los Angeles, are scheduled to open Feb. 16. Those hubs will focus on vulnerable communities and people with limited access to transportation, such as seniors. 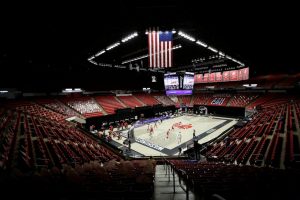