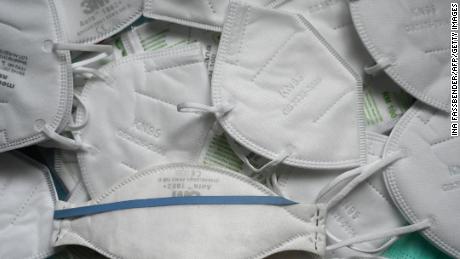 One new study showed that, in places where state and local governments required mask use, fewer people ended up in the hospital with coronavirus. A second showed college students, at least, will overwhelmingly wear masks if there’s a mandate in place.
Researchers from the CDC and University of Nevada, Las Vegas examined 10 sites in states that implemented mask mandates between March and October. They found the hospitalization rates fell in places where local leaders requires mask use.
Hospitalization growth rates declined by 5.5 percentage points among 18- to 64-year-olds in sites across California, Colorado, Connecticut, Maryland, Michigan, Minnesota, New Mexico, New York, Ohio and Oregon, the team said in the CDC’s weekly report.
The sites began to see a significant decline in hospitalization rates among 40- to 64-year-olds less than three weeks after the mandates were implemented. Beyond three weeks, the declines were seen across 18- to 64-year-olds.
“Because COVID-19 can lead to prolonged illness and require long-term treatment, the expected savings associated with the decline in hospitalization rates could be much higher than these reduced hospital costs associated with COVID-19,” they wrote.
The team noted that the study did not control for other factors that could have impacted hospitalization rates.
But they said their findings support community masking to reduce Covid-19 transmission and hospitalization, noting that the practice likely has a direct effect on coronavirus related illness and death.
States and jurisdictions have individually implemented mask mandates at various points throughout the coronavirus pandemic. President-elect Joe Biden’s first executive order after he took office last month was to require mask use on federal property. He later extended the mandate to most forms of public transportation.
In an effort to reduce on campus coronavirus transmission, some universities have also told their students and faculty that they must wear masks.

The students will comply with such orders, a second study released Friday found. Researchers from the CDC and several US universities looked at six universities and found that more than 85% of people wore face masks when a mask mandate was in place. Nearly 90% wore their masks correctly, covering both their mouth and nose completely, the team reported.
Correct mask use varied based on the type of mask worn. People who wore N95-type masks, cloth masks or surgical masks, wore their mask correctly more than 90% of the time. People wearing bandanas, scarves or similar face coverings wore their masks correctly just under 80% of the time.
The CDC team watched and recorded more than 17,000 people at universities and surrounding communities that mandated indoor mask use, and outdoor mask use when social distancing could not be achieved.
They found mask use was “significantly more common indoors than outdoors” at these universities. More than 90% of people wore some form of face covering indoors. This dropped to 67% outdoors.
People were slightly more compliant on campus. Off-campus indoor mask use trailed on-campus indoor mask use by just four percentage points, but remained over 90% in both environments.”
The team suggests that universities conduct their own observational research on mask compliance to improve their safety messaging and policies.
“These data provide evidence that adherence to university mask mandates is high,” the researchers wrote. “Mask mandates have been shown to decrease SARS-CoV-2 case transmission, and widespread mask use is a core intervention for curbing the COVID-19 pandemic.” 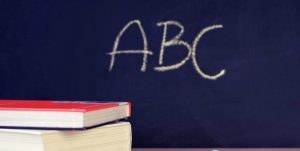 The SPLC's horrifying plan for your children's schools 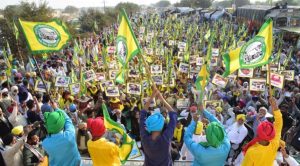