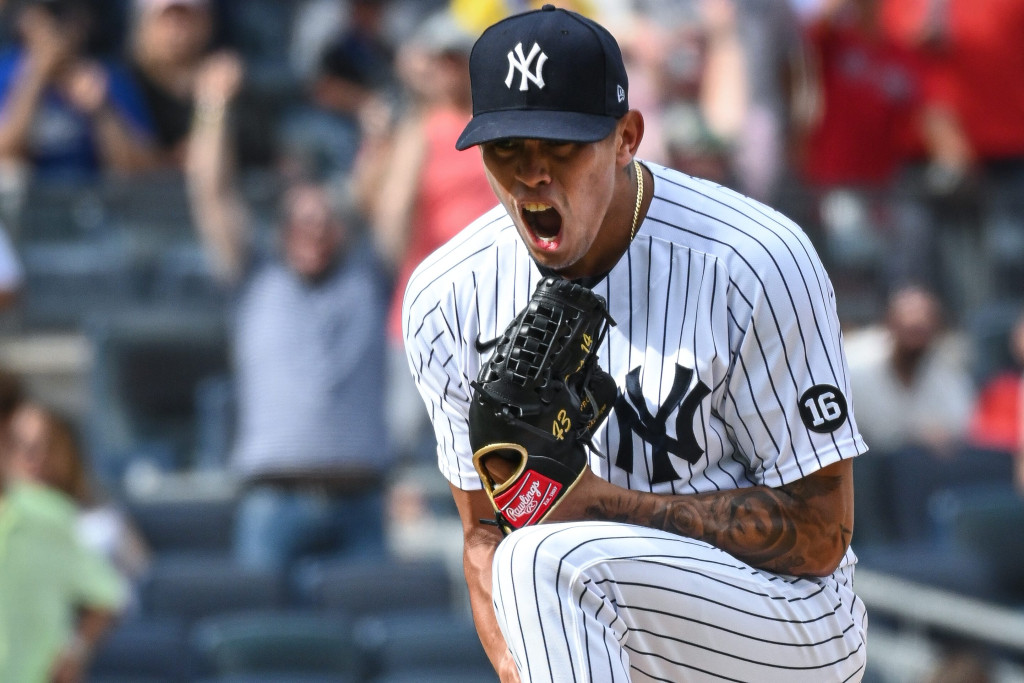 Maybe one of these days, one of these games, the Yankees can enjoy an old-fashioned beatdown, a 14-3 laugher in which the final few innings come free of drama, agita or delirium.

One of these days.

One of these games.

For now, Jonathan Loaisiga looked around him, late in the afternoon at Yankee Stadium, and he was encircled by Boston Red Sox. There were zero outs in the seventh and final inning, first game of a day-night doubleheader, an opportunity in the air for the Yankees to leapfrog the Sox and land in playoff position by night’s end. But first they’d have to close out this one, which they led 5-3, but felt awfully tenuous.

Loaisiga had a message for himself as the newly reacquired Travis Shaw dug into the batter’s box, one he had to reaffirm when the first two pitches to Shaw missed the plate and the Stadium grew a bit uneasy.

“You have to remember what’s been working all season long,” Loaisiga would say later. “Let’s go with that.”

It looked like Loaisiga might be able to avoid both building and walking the tightrope of the Yankees’ previous three games, all wins, all of them finished off with a little ninth-inning angst and a few shots of Maalox. He cruised through a quick sixth inning, eight pitches to retire the heart of the Red Sox order — Xander Bogaerts, Rafael Devers, J.D. Martinez.

But Kyle Schwarber had led off the seventh by coaxing a dribbler through the left side of the infield on a filthy 1-2 changeup. Christian Vazquez somehow got on top of a nasty 98 mph sinker and pushed that through the right side. Alex Verdugo did the same on a 1-1 changeup.

Familiar terrain for the Cardiac Stripers, who’d won the final two games of a splendid series with the White Sox and Monday’s makeup game with the Angels by both creating traffic on the basepaths late and then Houdini-ing out of trouble. The tying run was on base all three games and three different pitchers — Albert Abreu, Wandy Peralta, Chad Green — had gotten the final out.

Now, Loaisiga would try to make it a fourth different face, a fourth different arm, the tying run again on second base, the winning run on first. And zero margin for error. It was also hard not to recall the last time Loaisiga had faced the Sox, back in Fenway on July 25, when he’d contributed to a five-run Boston rally in the bottom of the eighth, an inning Domingo German had entered with a no-hitter.

Lots of stuff arm-wrestling in the air at the Stadium.

He came back from 2-and-0 to Shaw, worked the count full, and Shaw lined out to shallow left field. He fell behind 3-and-0 to Kiké Hernandez — already making a small-sample case for himself as a Yankee killer of some renown — before Hernandez waved at ball four on a 3-and-1 count and fanned on 3-and-2.

“He didn’t flinch,” Yankees manager Aaron Boone said. “You could see his confidence.”

And really, Hunter Renfroe didn’t stand a chance. He stared at a knee-buckling curve, then swung fruitlessly at another. It was something of an upset when Loaisiga tripled up, and Renfroe fouled one back. Then he finished the job with 99 mph heat. Renfroe could’ve started his swing six seconds early and he still wouldn’t have caught up.

Drain the Maalox. Just another day with the Cardiac Stripers.

“We’ve played more than our share of really close ones,” Boone said. “And our guys are really comfortable now in these situations. Whatever the outcome.”

Later, he said: “You’ll get had sometimes. They’ll get you sometimes.”

The Red Sox got got this time. Jonathan Loaisiga joined the parade of pitchers lugging secret vials of nitroglycerin in their mitts, ever eager to endanger and then revive the Yankees, living like Wallendas on the wire, working without a net. Quite a ride so far. 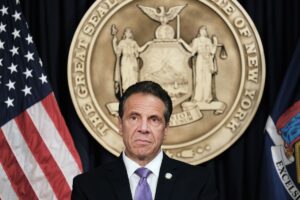 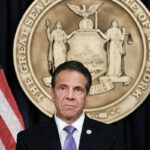 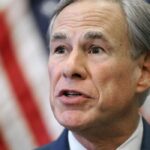 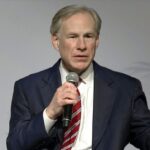 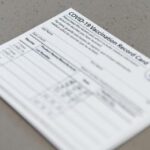