Officials had only one test processing machine at its laboratory in Downey and had little hope of getting help from the federal government. Swabs were scarce. Laboratories were backlogged. And there weren’t enough healthcare workers to take samples from patients.

So they turned to a brand-new Silicon Valley start-up with a novel approach that said it could provide a large number of drive-through tests very quickly.

That company, Curative-Korva, now performs most of the public testing across Los Angeles County for COVID-19, the disease caused by the novel coronavirus. The firm, started in January by a 24-year-old scientist and entrepreneur, processes nearly 6,000 samples per day at dozens of pop-up sites and claims to provide nearly 20 percent of all testing for the virus in California.

The company’s rapid growth owes in part to a unique approach that allows patients to self-administer the tests by swabbing their own mouths after coughing. The advantages? It’s painless. Less protective gear is needed. And both patients and workers face less infection risk.

But the oral-based approach is not the one preferred by the Food and Drug Administration, which recommends an uncomfortable swabbing deep inside the nose, the more widely used technique. And the test, like all others being used for the virus, has not been approved by the FDA but instead met a lower standard of authorization on an emergency basis only.

This makes Los Angeles County an unlikely laboratory for COVID-19 testing. If Curative’s approach works, it could usher in a much more streamlined form of testing across the country at a time when tallying the number of those infected is essential to reopening the economy.

But if the approach turns out to be less accurate than others, it could mean some of the measurements tracking the extent of the outbreak are muddier than previously known.

Curative is quickly expanding its reach, having landed a $13-million deal with the U.S. Air Force as well as providing testing for the states of Florida and Alaska.

The company’s executives, citing a 45-person study they did in partnership with two UCLA doctors, say their approach is just as accurate as the nasal-based test, but some public health experts are concerned that less of the virus can be picked up in oral fluids than in the back of the nose.

Nevertheless, many agree that sacrificing some certainty about the test’s accuracy for wider availability is a reasonable trade-off during a pandemic.

“This kind of test is better than nothing,” said Elodie Ghedin, a molecular virologist at New York University.

California still lags behind many states on testing, which is crucial for reopening the economy. Gov. Gavin Newsom said last week he wants to increase testing from more than 16,000 per day to 80,000 in the near future.

In Los Angeles County, officials turned to at least six testing companies, including Seegene, a South Korean firm which played a key role in testing in that country. Firefighters initially staffed some of the pop-up stations in Los Angeles and the city even accepted help from actor Sean Penn’s nonprofit group to provide volunteer workers at the stations.

Curative quickly became the biggest provider of tests in Los Angeles. Backed by the venture capital firm DCVC, the start-up was initially created to develop tests for sepsis but pivoted to COVID-19 once the outbreak accelerated into a pandemic. The company is one of dozens that fast-tracked its own test and obtained emergency authorization from the FDA after the agency announced in late February that it was lifting regulatory hurdles.

Companies with emergency authorization are not allowed to promote their tests as “safe or effective” for the detection of the virus. The policy spares the companies from having to meet approval guidelines that can take as long as two years.

“We’ve not seen anything like this,” Carmen Wiley, president of the American Assn. for Clinical Chemistry, said of the scramble by the nation’s labs to provide the tests.

What sets the Curative test apart is its collection method: Patients, sitting in their cars, cough a few times to bring up fluid from the lungs and then swab the inside of their cheeks and roofs of their mouths. They put the specimen in a vial, seal it up and drop it in a bin, without having to come into close contact with workers.

The company says the tests, analyzed nearby at KorvaLabs in San Dimas, are turned around in 24 hours on average. Curative has provided the tests at numerous sites from Santa Clarita to East Los Angeles to the Los Angeles County Fairplex in Pomona.

Marc Eckstein, chief advisor on emergency medicine to Mayor Eric Garcetti and member of the city’s task force on the virus, said city leaders felt comfortable using Curative’s oral-swab test given the shortage of equipment and professionals to administer the tests.

“Conducting mass testing using nasal swabs was not possible for the city. We made an informed decision to conduct testing based on the oral-swab method, rather than do no testing at all,” Eckstein said.

Some experts point to studies showing that far more of the virus accumulates in the nasal passages than in the mouth.

“If the virus is not captured in swab, it won’t be detected,” said Nam Tran, associate clinical professor in the department of pathology and lab medicine at UC Davis.

Fred Turner, Curative’s founder and chief executive, said the study his company did showed the self-administered oral-swab test is “at least as accurate” as the nasal-swab test performed by doctors and recommended by the FDA. The study has not yet been published or reviewed by other scientists.

Some patients say Curative’s test is neither accurate nor fast.

Dennis Layton, an audio engineer in Lancaster, said he got a false negative result from Curative after swabbing himself at a test site at the Antelope Valley Mall in Palmdale on April 5.

He had been suffering from body aches, a fever and difficulty breathing for several days before signing up for a free test through the website run jointly by the city and county of Los Angeles. Workers at the site told him he would receive results within a day or two.

But Layton, 37, didn’t hear back for five days. In the meantime, he was admitted to the hospital, where a doctor diagnosed him with COVID-19. On April 10, an email from Curative said he had tested negative.

“It’s disheartening and also misleading to the public,” Layton said of the false negative result. He said he worries that others with negative results will be less careful in public and put people at risk.

Curative executives said the company could not talk about results from individual patients.

The company sends a disclaimer to patients that a negative test could mean the sample was taken too early into an infection, and that people should minimize contact with others for at least seven days after feeling symptoms.

Turner said the company had worked with government officials to solve early problems including delays.

The city has so far paid Curative at least $5.9 million, or $137 for each test. The company is also administering tests at some sites run by the county, which is paying $150 for each test, according to the contract.

By comparison, the federal government pays $100 for a test for Medicare patients.

Success in Los Angeles could dramatically boost revenue for Curative, which has ambitions to open new labs across the country. The top procurement officer for the U.S. Air Force, Will Roper, suggested the technology could be deployed beyond the military to the wider civilian population.

And the company also plans to sell at-home versions of the test. Curative had already shipped dozens of the kits to consumers but pulled back after the FDA warned the public on March 20 not to use any at-home COVID-19 test because they could keep some patients from seeking care.

The profusion of new tests is eyed warily by many public health experts, who warn of possible false negative results in tests that rely on less-established methods such as Curative’s oral-swab technique. The tests are useful for determining if the patient is infected with the virus, but a negative result, they say, should be viewed with suspicion because the patient may still carry the virus.

“If it comes back negative,” said Ghedin, the NYU virologist, “don’t believe it.” 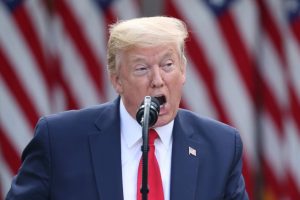