“The spread of COVID-19 poses an even greater risk for children with special health needs,” Yeakel said Wednesday, according to the Texas Tribune. “Children with certain underlying conditions who contract COVID-19 are more likely to experience severe acute biological effects and to require admission to a hospital and the hospital’s intensive-care unit.”

The group Disability Rights Texas filed the first federal lawsuit against Abbott’s ban in August, saying the prohibition on mask rules put students with disabilities at risk and denied them access to public education. The group said Wednesday that it was “thrilled” with the court’s ruling.

“We are thankful that school districts can now take the steps necessary to protect these students,” Kym Davis Rogers, an attorney for the group, said in a statement. “No student should be forced to make the choice of forfeiting their education or risking their health, and now they won’t have to.”

The Washington Post notes that the ruling could have national implications in other states where Republican officials have imposed similar prohibitions on measures to mitigate the spread of COVID-19. The pandemic is not over, and cases have begun to rise in many states once again ahead of the winter holiday season, prompting renewed concern about the virus. Many more people are vaccinated, however, and millions of younger children are newly eligible for inoculations.

Abbott has aggressively targeted safety measures embraced by many other states, even amid the spread of the highly contagious delta variant of the virus, moving to ban mask mandates and vaccine requirements. School districts flouted his order, however, and the Texas Supreme Court had allowed them to do so while lawsuits made their way through the system.

Paxton said later Wednesday his office was considering “all legal avenues to challenge this decision,” saying he “strongly” disagreed with Yeakel’s ruling.

I strongly disagree with Judge Yeakel’s opinion barring my office from giving effect to GA-38, which prohibits mask mandates imposed by government entities like school districts.

My Agency is considering all legal avenues to challenge this decision. 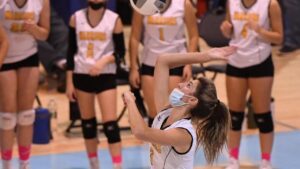 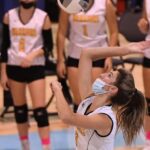 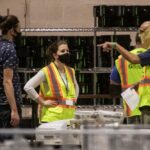 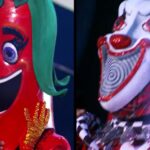 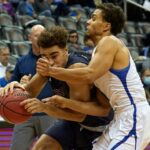