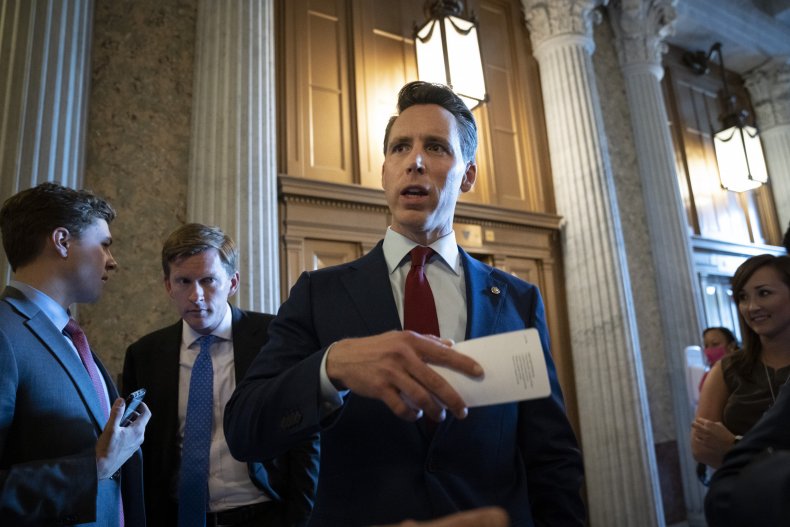 A spokesperson for Missouri Senator Josh Hawley said on Twitter Sunday she finds it “concerning” that so many people in Washington D.C. are wearing masks and social distancing.

Abigail Marone, who identifies herself as the lawmaker’s press secretary, wrote in a tweet: “The amount of people in DC wearing masks walking outside, alone, incredibly socially distanced from anyone else is concerning. But not surprising.”

That prompted other Twitter users to voice their disagreement in response.

“Why is mask wearing in DC a problem for you? Don’t you people always scream personal freedom? Isn’t wearing a mask a personal decision?” wrote Twitter user @peacediva7.

Others pointed out that people wearing masks may be immunocompromised, or live with someone who is.

Others pointed out that Missouri is in the midst of a COVID surge fueled by the highly-transmissible Delta variant. On Saturday, Missouri’s seven-day-average of new cases was 3,560, more than double that of a month ago.

Newsweek reached out to both Marone and Hawley’s office and will update this story with any response.

Hawley criticized the Centers for Disease Control and Prevention for reinstating a recommendation last month that people—including those who have been vaccinated—should wear a mask indoors in areas with substantial or high risk of community transmission.

“The CDC‘s flip flop on the mask mandate today appears to be all about politics. It sends exactly the wrong message: that no matter what you do, you will be required to wear a mask—indefinitely,” he wrote in a July 27 tweet. “The mask mandate should end, children should not be forced to wear masks in school, and Americans should be treated with respect and trusted to make their own medical decisions.”

The CDC recommendation came amid a new surge in COVID-19 cases due to the Delta variant. When the CDC recommended that vaccinated people did not need to wear a mask indoors in May, cases had declined.

Washington D.C. is considered to have a substantial risk of community transmission, according to the CDC. More than 70 percent of its population is fully vaccinated, according to Johns Hopkins data. 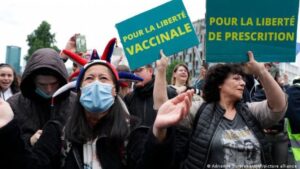