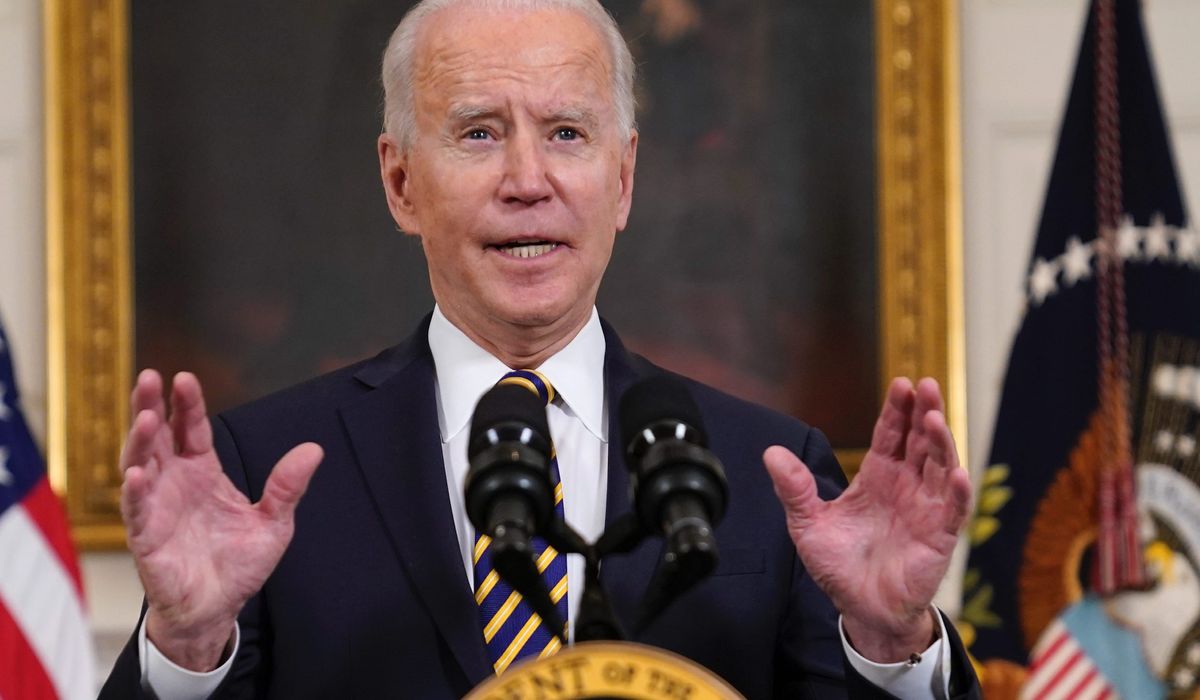 The podium, the microphone — all those eager reporters waving their hands — everybody likes a good press conference, right? Uh, Maybe not.

“Why doesn’t President Joe Biden give more press conferences? I’m talking about real press conferences — you know, with a podium and reporters in seats asking detailed questions with follow-ups. Since he has been president, Biden has done only one full-fledged press conference,” says Tom Jones, senior media writer for the Poynter Institute, a Florida-based press resource.

This is a far cry from former President Donald Trump, who wrangled with the press with ease and enjoyed his talking time on the podium, in the White House driveway or aboard Air Force One, So where is Mr. Biden? Where are the press conferences?

“Why haven’t there been more?” Mr. Jones asks.

He cites White House press secretary Jen Psaki herself, who told CNN media correspondent Brian Stelter just 48 hours ago that Mr. Biden had spoken to the press 77 out of his first 100 days as president and was “open to having that engagement with reporters.”

“That is a deceptive answer. ‘Engagement’ is not the same as a ‘press conference.’ These times when Biden speaks to the press are usually at events where questions are shouted out and Biden gives short answers,” the analyst observed.

“They are nowhere close to a press conference. Psaki’s answer to Stelter seemed to suggest that Biden is available to the media, but that is not true. He has been seen, but not really available to answer questions in a substantive way,” Mr. Jones advised.

Another journalist was not happy with the exchange between Mr. Stelter and Ms. Psaki.

“I’m not using hyperbole when I say the ‘interview’ that Brian Stelter did with Jen Psaki yesterday should be studied in journalism school. It’s one of the most sycophantic interviews of a state official you’ll ever see. This is how state TV functions,” veteran journalist Glenn Greenwald tweeted, also in response.

According to a Fox News analysis, “Greenwald mocked various clips of the interview, even writing ‘Have I been a bad boy, Jen? I want to be a good boy,’ in response to Stelter asking the press secretary what the media gets wrong when covering the Biden administration.”

The U.S. Congress is not doing very well in the public opinion arena, says a new Economist/YouGov poll.

Currently, only 8% of U.S. adults “strongly approve” of the job the lawmakers are doing on Capitol Hill at the moment; that includes a barely measurable 3% of Republicans.

See the Poll du Jour at column’s end for the complete demographic breakdown.

Life goes on at sea, even during these frantic times. The Office of the Secretary of Defense Strategic Capabilities Office (SCO), in partnership with the Navy, recently conducted a second long-range autonomous transit with a Ghost Fleet Overlord Unmanned Surface Vessel from the Gulf Coast, passing through the Panama Canal, to the West Coast.

“The unmanned vessel, named NOMAD, traveled 4,421 nautical miles, 98% of which was in autonomous mode. The first Ghost Fleet Overlord vessel, RANGER, completed a similar transit in October 2020. Both USVs passed through the Panama Canal while in manual mode,” the Defense Department said in a statement Monday.

The transit was conducted from an ashore Unmanned Operations Center operated by Navy sailors from Surface Development Squadron One.

“This is another significant milestone for SCO’s Ghost Fleet Overlord program and supports the Navy’s Unmanned Campaign Framework by adding a second Overlord vessel to the West Coast. The SCO Ghost Fleet Overlord program serves to inform Navy prototype efforts by integrating mature technologies to accelerate Service priorities and is a key piece of the build a little, test a little, and learn a lot philosophy articulated in the Navy Unmanned Campaign Framework,” notes SCO director Jay Dryer in a statement.

Score one for former President Donald Trump, who has riled up his foes by publicly expressing interest in running for Congress and possibly becoming House speaker. Imagine that: Speaker Trump. Mr. Speaker.

“While I do miss having Donald Trump as this nation’s president, I’m glad that he continues to find ways to hang around the news. He has been living rent-free in liberals’ heads since he left Washington in January and it never ceases to be entertaining,” declares Stephen Kruiser, an associate editor and senior columnist for PJ Media.

He has consulted the history books and provided helpful information about the prospect of Mr. Trump running for a lesser office and becoming a member of Congress.

“There is precedent for this. John Quincy Adams spent 17 years in the House of Representatives after serving one term as president. Trump could probably win a seat rather easily. It would be endless fun watching him shake things up on Capitol Hill. The Never-Trump surrender-monkey Republicans would drown in tears,” Mr. Kruiser writes.

“The best part of this fantasy is imagining Trump becoming Speaker of the House if the GOP can win back the majority. If ever there was a politician who could pull something like that off, it is Donald Trump,” he notes.

• 21% overall “somewhat disapprove” of the job performance; 26% of Republicans, 21% of independents and 22% of Democrats agree. 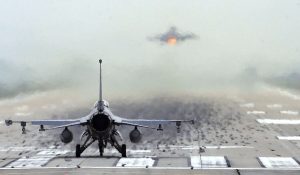 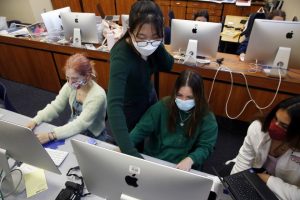 No vaccines for young children, but schools can reopen safely in the fall, a study shows