Just outside the courthouse in which the trial of Kyle Rittenhouse is taking place, the uncle of Jacob Blake led a group of protesters demanding justice on Wednesday.

The shooting of Blake by a police officer in Kenosha, Wisconsin, set off a series of riots in August 2020. The 18-year-old Rittenhouse faces homicide and other charges related to the shooting of three men, two of them fatally, during the unrest. Rittenhouse shot and killed Joseph Rosenbaum, 36, and Anthony Huber, 26 and injured Gaige Grosskreutz.

According to multiple court reports and witnesses, Rosenbaum chased down Rittenhouse and lunged for the teenager’s gun, Huber assaulted Rittenhouse with a skateboard and Grosskreutz pointed a handgun at Rittenhouse before Rittenhouse shot him.

Nevertheless, the protesters outside the courthouse, led by Justin Blake, all said Rittenhouse was guilty.

Shortly following Rittenhouse’s appearance on the stand Wednesday, Justin Blake was quick to say “he lied.”

“He was inconsistent today,” Blake said, according to WITI-TV.

Another protestor –Bishop Tavis Grant, the national director of Jesse Jackson’s Rainbow PUSH Coalition — added that “Out of [Rittenhouse’s] own mouth, he knew that he was using deadly force.”

Rittenhouse did comment on his use of force that day, but not quite in the way Grant and Blake suggested.

When asked if he intended to kill Rosenbaum, Huber and Grosskreutz, Rittenhouse admitted he used deadly force, but not for the purpose of killing.

“I didn’t intend to kill him. I intended to stop the person who was attacking me and trying to steal my gun,” Rittenhouse said.

PROSECUTOR: “With regard to Joseph Rosenbaum, you fired four shots at him… You intended to kill him.”

KYLE RITTENHOUSE: “I didn’t intend to kill him. I intended to stop the person who was attacking me and trying to steal my gun.” pic.twitter.com/wiDyzeNplS

It’s funny that Justin Blake would accuse Rittenhouse of lying, considering his own nephew was guilty of lying to police.

Not only that; the Blake family helped facilitate that lie.

Jacob Blake’s family and even their attorneys claimed that Blake was not holding a knife at the time he was shot, KAKE-TV reported.

As it turns out, this was false. Blake had a knife in his possession at the time he was shot by officers.

To this day, the establishment media — even in its coverage of the Rittenhouse trial — has failed to mention this fact upon mentioning the Jacob Blake case.

In coverage of the Rittenhouse case, every story I’ve read refers to the Jacob Blake shooting as “police shot a black man 7 times in the back.”

He was resisting arrest, armed with a knife & reaching into his car when he was shot. Police were called in by his alleged rape victim.

Many such outlets describe the shooting as the police shooting a black man seven times in the back.

In reality, at the time of the shooting, Blake resisted arrest, fled to his car and reached inside — where a knife was later found — when he was shot. Police had been called to the scene by a woman who was allegedly digitally raped by Blake.

It was for this reason that federal prosecutors chose not to file any charges against the officer who shot Blake, as The Associated Press reported.

But Blake is black and Rittenhouse is white.

In reality, Blake was convicted on two counts of disorderly conduct and domestic abuse (the sexual assault charge was dropped in a plea deal) according to NBC News, whereas all of the available evidence appears to establish Rittenhouse’s innocence.

And yet the mobs still want the 18-year-old’s blood. 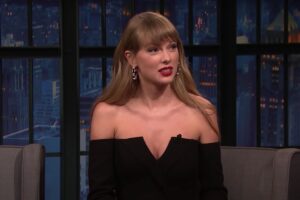 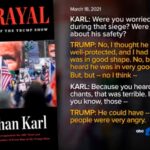 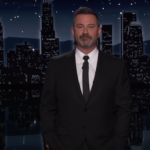 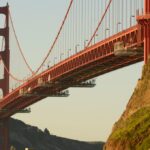