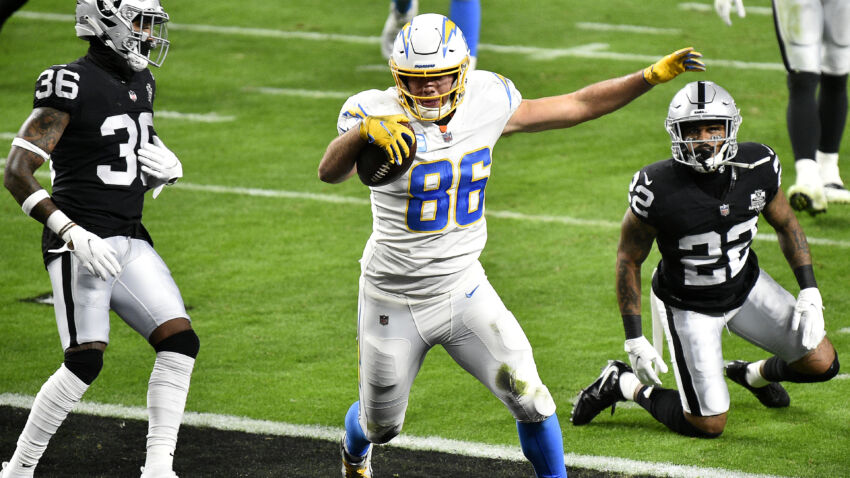 Hunter Henry is “glad” to be a part of the Patriots.

Three days after agreeing to a three-year contract reportedly worth $37.5 million, Henry’s signing with the Patriots was officially announced Friday.

“It’s been good. It’s been different. It’s been a good different,” the Patriots’ newest tight end told Patriots.com’s Megan O’Brien on joining the Patriots. “I’m very, very excited. I’m ready to immerse myself into this culture, into Foxborough, into everything. Obviously, it’s a winning tradition, so I’m very excited.”

“I’m a guy who’s going to give everything I can, every single week.”

Henry was one of many players that Patriots signed this week that made headlines. The Patriots signed wide receiver Nelson Agholor and linebacker Matthew Judon to deals that are worth more than $10 million per year on average. They also signed several other players to decent money deals.

Henry wasn’t the only big-name tight end though to sign with New England. Jonnu Smith agreed to a four-year, $50 million deal with the Patriots a day before Henry came to terms with the Patriots. With all of those players coming to New England, Henry said there’s “just a lot of excitement.”

“It’s obviously a proud franchise, and I’m glad I get to join it and be a part of this – be a part of that locker room, be a part of this class of free agents,” Henry said. “I got to meet all those guys today. So, it’s going to be a fun time and I’m really looking forward to it.”

Before Henry even became a free agent, he was speculated to potentially join the Patriots someday due to his connection with Bill Belichick. The Patriots head coach has actually watched Henry play since he was playing high school football in Arkansas because of his connection with Henry’s head coach there. The speculation was further fueled by the embrace Henry shared with Belichick following a matchup between the Patriots and Henry’s former team, the Chargers, in December.

“It’s cool. It’s really, really cool,” Henry said on playing with Belichick. “I have a ton of respect for Coach [Belichick]. Obviously with the connection with my high school coach, too, so it’s kind of gone a long way back. To finally be coached by him, I’m fired up.”

Henry also explained what he wants Patriots fans to know about him.

“First, I love football,” Henry said. “I’m a guy that’s going to give everything I can every single week. Scratch and claw, fight, and be tough. And I just want to win. That’s my biggest thing. Whatever it takes to win. If that’s blocking one week or just being really tenacious in the run game, whatever it takes to win, I don’t care what it takes, that’s what I want.” 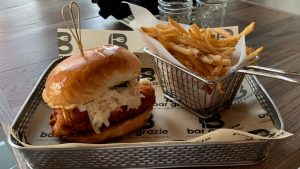 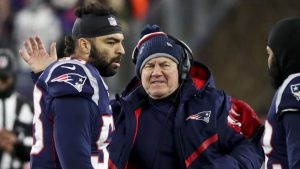 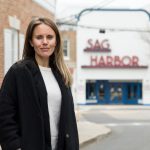 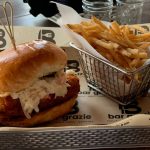 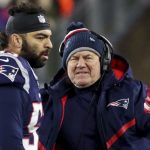 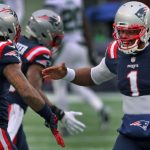