For Asian Americans Wary of Attacks, Reopening Is Not an Option 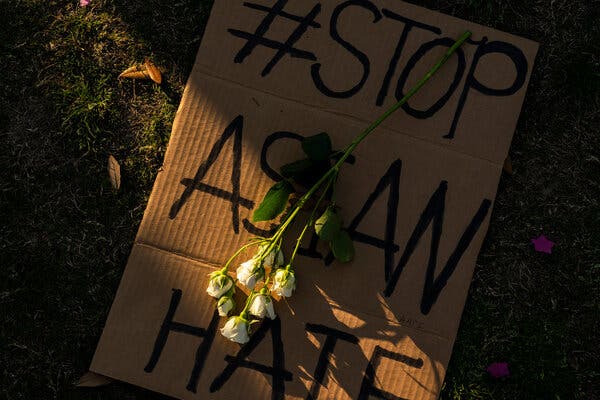 Facing a wave of animosity, many Asian Americans remain afraid of public places even as the coronavirus pandemic recedes.

Millions of Americans may be leaping into a summer of newly unmasked normalcy. But inside Mandy Lin’s apartment in Philadelphia’s Chinatown neighborhood, the lockdown drags on.

Her 9-year-old son is struggling through the last lessons of fourth grade on a laptop while many of his classmates are back in school. His grandmother stays inside all day. For exercise, Ms. Lin’s family paces their building’s parking lot or ventures to a nearby park.

But it is not Covid-19 keeping the family from rejoining a bustling world of restaurants, schools and public spaces.

“It’s not safe to be outside,” Ms. Lin, 43, said. “There has just been unending violence and harassment.”

A surge in anti-Asian attacks during the pandemic is now holding back many Asian American families from joining the rest of the country in getting back to normal.

As schools phase out remote learning, companies summon employees back to work and masks fly off people’s faces, Asian Americans say that America’s race to reopen is creating a new wave of worries — not about getting sick, but whether they will be attacked if they venture back onto a bus or accosted if they return to a favorite cafe or bookstore.

In more than a dozen interviews across the country, Asian Americans detailed fears about their safety and a litany of precautions that have endured even as the country has reopened. Some people are still avoiding subways and public transportation. Others are staying away from restaurants. Some dread the return of business travel or the end of remote work.

Their fears come as attacks continue. Stop AAPI Hate, a coalition of community and academic organizations, tracked more than 6,600 attacks and other incidents targeting Asian Americans and Pacific Islanders from March 2020 to March 2021. A survey this spring found that one in three Asian Americans worried about becoming victims of hate crimes. And while nearly three-fifths of white fourth-graders are now back in class, just 18 percent of their Asian American peers have returned to in-person learning, according to federal surveys.

Asian Americans said they hoped the threats would ebb as more people got vaccinated and the pandemic faded. But person after person echoed the same worry: There is no vaccine against bigotry.

“It’s embedded itself so deeply,” said Lily Zhu, 30, a tech worker in Pflugerville, Texas. “When we got our Covid shots, it was marking the end of this weird year where everyone was frozen in time. But there’s still this paranoia.”

Ms. Zhu is fully vaccinated but said she no longer takes the bus and does not know if she will ever again ride on it alone. As she ventures back into public spaces, she feels more comfortable at Asian markets like H-Mart or the 99 Ranch Market in Austin.

She worries about her parents in Ohio, who have gone back to commuting and taking art classes in downtown Cleveland, and who now own a gun for protection. They messaged Ms. Zhu with concern after six Asian women were shot to death at massage spas around Atlanta in March — killings that galvanized many Asian Americans to demand political action to address the spike in anti-Asian violence.

In Philadelphia, Ms. Lin is rattled by the stories of violence and verbal assaults against Asian Americans that pop into her WeChat groups: A pregnant woman who was punched in the face. A 64-year-old man attacked not far from the Lin family’s apartment by someone shouting anti-Asian epithets. A 27-year-old woman hit in the head without any warning or provocation.

Ms. Lin said her family has hewed to the same guarded routine even as Philadelphia has celebrated the decline in coronavirus cases by ending capacity limits on businesses and announcing a return to full-time, in-person school next autumn.

She shops for food at nearby markets in Chinatown. Her husband brings home anything else they need from his supermarket job. And every school day, she sits beside her 9-year-old son, who has autism, to help him with his virtual classes.

Ms. Lin is afraid he is falling further behind by not being around other students, but she has deep concerns about sending him back: His safety. The two-mile trip to his school. The fact that he cannot yet get vaccinated.

The disparities in returning to school have become a particularly urgent concern for groups representing Asian American parents. They worry what will happen next year if their children continue to feel unsafe. The Education Department recently put out a guide for families dealing with anti-Asian bullying and reminded schools that they have a legal obligation to confront the harassment.

But it has not been enough for Ms. Lin. Not yet.

“I feel really conflicted about what to do to support my child,” she said.

Anna Perng, a community organizer in Philadelphia who has spent the past year calling out anti-Asian hate and getting people vaccinated, said she struggled to persuade some wary Chinese American families to attend the city’s annual flower show at FDR Park last weekend.

It is a huge event in a neighborhood that is miles from Chinatown, and an anxious step for families who still feel threatened, Ms. Perng said. She had gotten discounted tickets and arranged a Zoom chat beforehand to answer their questions. High on the list: What should they do if they felt unsafe and needed to leave in a hurry?

“We are going to have to work hard to help targeted communities feel safe,” she said.

Many people said they were trying to strike a balance that lets them feel comfortable — as much as they can — in public. It can be an agonizing calibration just to take a walk: Will wearing a mask act as a shield or attract unwanted attention? Is daytime safer than night? Are largely Asian neighborhoods safer, or more likely to be attacked?

Many residents have also called on the police to increase patrols, and some communities have started their own neighborhood watches.

Some Asian Americans said they were heartened by a new federal law that seeks to strengthen the law enforcement response to a nearly 150 percent increase in anti-Asian attacks, many of them aimed against women and older people.

Mr. Le has returned to much of his prepandemic life, but said he is still anxious about getting back on a plane since the day in March 2020 when a woman at the Reno-Tahoe International Airport spit on him and said, “Go back to where you came from.”

“It was a feeling of helplessness like I’d never felt before,” Mr. Le said. “That’s something I can’t shake. It made me feel like I was a cancer or something radioactive.”

Even as Americans poured back onto planes over Memorial Day, the thought of flying again made Mr. Le queasy. He has visited 85 countries and used to travel constantly for work, but has been grounded since last year. “I’m a little more nervous about it than I’d thought,” he said.

Cathie Lieu Yasuda said she feels safe walking through her hometown Folsom, Calif., but said it was still too risky to take her 9th-grade daughter and 5th-grade son to a Giants baseball game. Whenever she and her children go out, they follow a new rule of social distancing: Not six feet to stop the spread, but arm’s length to keep from getting shoved or punched.

After getting vaccinated, Augustine Tsui is again commuting from New Jersey to his law-firm job in Midtown Manhattan, but he said he does not know when his life or commute will ever feel normal. After years of taking the bus and train, he now drives to work and pays as much as $65 in parking — the price of easing his family’s worries. His wife, Casey Sun, stays at home, making organic soaps and cosmetics for her online business, and said she rarely leaves the house.

Mr. Tsui’s office is not far from where an attacker bit off part of an Asian man’s finger in mid-May. Mr. Tsui wears a mask to conceal his face as he hustles inside.

“Instead of getting anti-Asian comments, it’s not entirely clear who I am,” he said. “I can just go about my day.” 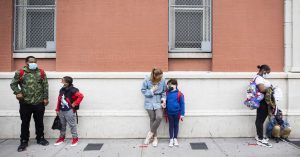 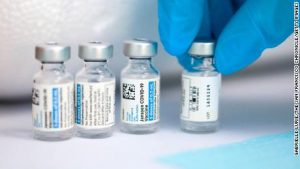 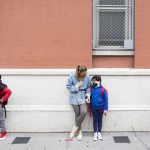 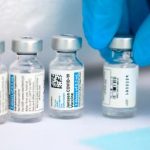 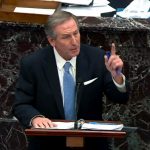 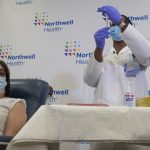