A Florida Republican who ranted against coronavirus safety mandates on social media died “suddenly” of COVID-19 before he could teach anyone else how to manage his local party chapter’s accounting software ― leaving his former colleagues scrambling.

The Hillsborough County Republican Executive Committee, based in Tampa, filed a notice with the Federal Election Commission on Tuesday stating that the group would try its best, but might not be able to make its next filing deadline.

For more than a year, the Hillsborough GOP relied on software developed by Gregg Prentice, 61, who ran its “election integrity” committee, according its website.

“Gregg’s software converted data from our Quickbooks software to supply the information needed by the FEC,” read the filing.

“Unfortunately,” it continued, “Gregg passed away suddenly from Covid 19 on Saturday, September 11, 2021. Gregg did not share the software and instructions with our officers.”

The group now has to enter its data manually. It may also have to reenter data from the rest of 2021.

Prentice had used his Facebook account to rail against mask mandates and attack efforts by government officials to combat the virus. It is unclear when he contracted the virus.

“End Faucism,” read one of Prentice’s posts, attacking the nation’s leading expert on infectious disease, Dr. Anthony Fauci, who has become a right-wing boogeyman during the pandemic.

Another post said: “We need more socialist distancing than we do social distancing.”

Prentice’s death touched off a frenzy of conspiracy theories about medical care, according to the Tampa Bay Times. One fellow Hillsborough Republican, Jason Kimball, who reportedly called Prentice a “mentor” on Facebook, called into a Tampa City Council meeting on Monday to allege staff at Tampa General Hospital were “intubating people illegally.”

Nationwide, the vast majority of people who are currently being hospitalized and dying of COVID-19 are unvaccinated. 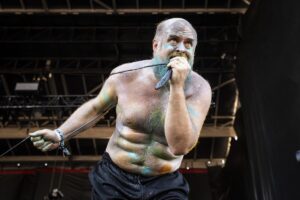 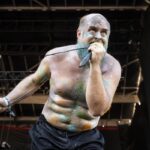 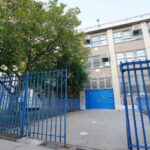 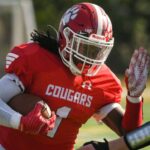