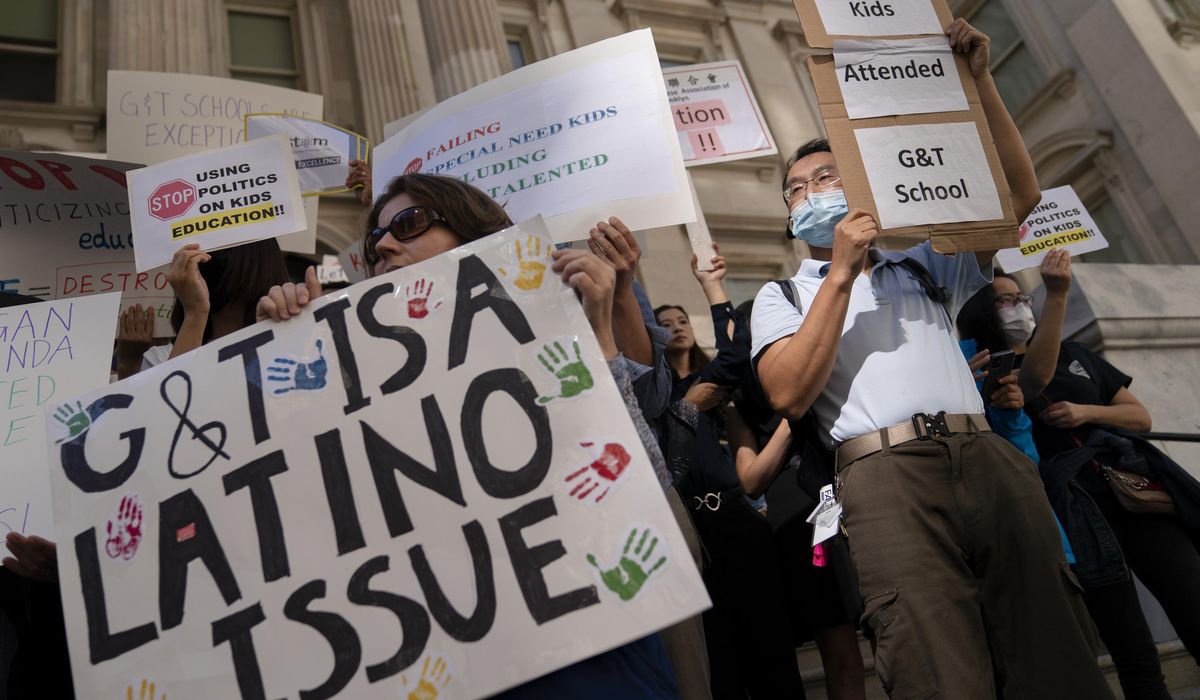 New York City officials announced plans this month for its school system, the country’s largest, to phase out its program for gifted and talented students.

The screening test the city has given to 4-year-olds used to identify gifted and talented students had drawn controversy for years, but several other districts have been reassessing gifted programs, in which Black and Latino students are often underrepresented.

A look at the state of gifted and talented programs:

WHY DO GIFTED PROGRAMS EXIST?

When a kindergartner is already reading chapter books or a third grader is well beyond multiplication, teachers often struggle to keep them engaged. Enter gifted and talented programs, which serve about 3.3 million students nationwide.

Most often, students are identified based on their IQ or how they score on a standardized test. Sometimes a teacher makes a recommendation or a parent pushes for it.

But experts don’t agree about whom the programs should serve. What about kids from poor neighborhoods who aren’t acing standardized tests but are learning faster than their classmates? Should artistically talented students or those with strong leadership skills qualify?

“The debate is ‘Gifted at what?’” said Marcia Gentry, director of Purdue University’s Gifted Education Research and Resource Institute.

The programs vary widely. In some schools, students attend regular classes most of the time but are pulled out once or twice a week to participate in special activities like a Socratic debate. In other districts, students test into specific gifted schools or programs in which they are mostly or entirely separated from “nongifted” peers.

No. Instead, each state decides whether such programs will be required. They are fully funded in only four states, according to the Davidson Institute, a nonprofit that serves exceptionally gifted students. Another eight states neither require gifted education nor fund it. Other states are somewhere in between.

“The big problem with there not being a federal mandate is that it really matters where you live, what ZIP code you live in. It dictates what you’re going to get,” said Stacy Hawthorne, of the Davidson Institute.

Nationwide, only 56% of the nation’s schools teach students who have been identified as gifted and talented, according to Purdue’s Gifted Education Research and Resource Institute.

DO THEY MAKE A DIFFERENCE?

A 2001 study that is often cited by gifted-program advocates found that adolescents identified as gifted pursued doctoral degrees at rates over 50 times what is seen in the general population.

Some research, though, suggests that the effect is less profound, with only science achievement improving for those attending a gifted and talented magnet program. And yet another study found that when schools move to stop grouping mathematics students into advanced and regular levels, often called tracking, high-achieving students achieve at the same levels, and middle- and low-achieving students score at significantly higher levels.

WHO IS MOVING AWAY FROM GIFTED PROGRAMS?

New York City is the first major school system to entirely phase out its program for gifted and talented students.

Seattle, meanwhile, ended a program for gifted middle school students. And a proposed math curriculum overhaul in California sought to end the practice of placing students in either regular or advanced placement math tracks starting in sixth grade. But the proposal, derided by critics as “woke math,” has been tabled.

In Virginia, a premier public high school has dramatically increased the number of Black and Hispanic students offered admission under a new application system. Other districts, like Montgomery County, Maryland, and Broward County, Florida, also have overhauled their admissions process.

WHY ARE DISTRICTS MAKING CHANGES?

Gifted and talented programs are getting a closer look as the nation reexamines racial justice issues.

And the data is startling: Only 8% of students in gifted and talented programs are Black, although they make up 15% of the nation’s public school enrollment. Latinos, similarly, make up 18% of gifted program enrollment but a 27% share of the overall student population, the most recent federal numbers show.

The reasons have nothing to do with intelligence, Gentry and other experts say. The public school teachers who often make the referrals are about 80% white. But when a Black child has a teacher of the same race, they have a higher probability to be admitted, a 2016 study found.

Affluent families also are much more likely to be able to shell out money for test-preparation classes and tutors. And if they don’t like the results of school testing, they can pay afford to pay for their own private testing.

WHAT ROLE HAS RACISM PLAYED IN THE HISTORY OF GIFTED PROGRAMS?

Racism has been intertwined with gifted education from the very beginning.

Just three years after the U.S. Supreme Court overturned segregated education in its landmark 1954 Brown v. Board of Education ruling, Russia launched the Sputnik satellite. That raised fears that the country was falling behind technologically and led to an explosion in gifted and talented programs.

Donna Ford, a gifted and urban education expert at Ohio State University, said it is no accident that gifted education took off as schools integrated.

Some gifted programs emerged in magnet schools, designed to lure white children to predominately Black neighborhoods to integrate them. In other districts, the gifted programs were set up to keep white families from leaving public schools and taking their tax dollars with them.

Ford noted that the man recognized as the father of the gifted education movement was a prominent eugenicist.

Lewis Terman, who believed that the human race could be improved through selective and restrictive breeding, is credited with revamping one of the earliest IQ exams in 1916 and then following some of the highest scorers on his still-in-use Stanford-Binet test throughout their lives.

A recent proposal to commemorate his research in the field’s flagship publication, Gifted Child Quarterly, led to a massive controversy before it was scrapped.

The plan in New York is to offer accelerated instruction for all elementary school students. Experts are skeptical it will work, though.

“The way to change it isn’t what New York is doing, which is to get rid of all the programing,” Gentry said. “What you do is you fix the problem. You say we have to open the programs up and make them accessible to kids who we have been excluding.”

Many districts are trying to do just that, said Lauri Kirsch, president of the National Association of Gifted Children. She said the best approach is to screen all students and to do so multiple times. She said districts also shouldn’t just rely on an IQ test or a teacher referral to identify them. Some districts use nonverbal tests to identify students who aren’t native English speakers.

Kirsch said that “there’s no perfect way” but that districts that have made changes have seen improvement in finding students from diverse backgrounds. 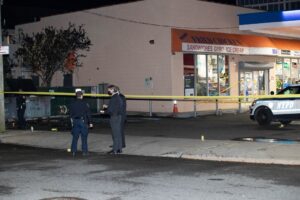 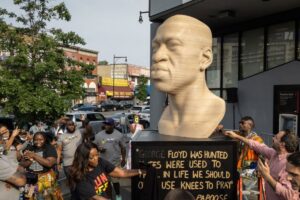