EXCLUSIVE: Pastor Speaks Out After School Board Calls Police Over His Opposition To Child Mask Mandate

The Red Wing School Board in Minnesota called the police on a Christian pastor who showed up to a meeting to voice his concern over their decision to mask children without public input. In an exclusive interview with National File, Rev. Mike Montgomery spoke out against the school board in the name of face freedom.

Mike Montgomery, a Christian pastor based in Minnesota, recently had the police called on him by the Red Wing School Board for merely voicing his concerns over the boards decision to forcibly mask children at their schools without public input. To understand the full extent of Red Wing School Boards authoritarianism, Pastor Montgomery explained the entire situation that lead to the police being called on him to National File.

The story begins on August 16, when a normally scheduled school board meeting was held with public comment being allowed. The purpose of the meeting was to discuss whether or not children were going to be forcibly masked for the incoming school year. During this meeting, around 40 concerned citizens showed up. Jennifer Kizer Tift, one very liberal member of the school board, was unmasked for the entire time period leading up to the meeting, and when the virtual meeting began, Tift immediately rushed to put her mask on for the cameras, according to Pastor Montgomery.

“Nobody was masked, as it was not required, except for Anna Ostendorf. When the meeting was about to start and go live for all the people watching virtually, Jennifer Tift then put on her mask,” Pastor Montgomery tells National File. “I shared for my allotted 3 minutes and during my comments, I called out Jennifer Tift for only wearing her mask when she was going to be seen by all those on the video feed.”

During the meeting, the school board made multiple motions to forcibly mask children, but the motions ultimately failed. Watch Pastor Montgomery deliver his passionate testimony calling out the Red Wing School Board from the August 16 meeting in the video below.

As a result of the failed motions to forcibly mask children, the board moved to figure it out at special meeting – with no public comment being allowed. According to Pastor Montgomery, one parent asked for the special meeting to be a public forum with parental input, to which the school board and superintendent signaled their support. However in the end, no public comments from parents were allowed, so Pastor Montgomery decided that he was going to show up to the meeting anyways.

On August 23, the Red Wing School Board held their “Special Meeting” to determine that they were going to forcibly mask the children. Pastor Montgomery then made his appearance, as did around 20-25 other members of the community. The reaction from the school board was shocking.

“As they began to discuss, I got up from my seat in the front row and went and sat in front of the school board in a chair by the microphone being used for the virtual live stream. I began to speak and ask questions and read from my notes when the school board chair, Pam Roe, banged her gavel and said that I was out of line, and that no public comments were allowed. I said that I was going to speak anyway and began reading from my notes,” said Pastor Montgomery.

Watch the video below to witness what occurred when Pastor Montgomery spoke before the school board.

“After hiding in the side room for almost 30 minutes, Superintendent Anderson, came out of the side room, accompanied by two Red Wing Police Officers. He told me that they needed to start the meeting and that they wanted me to stay in attendance at the meeting. I told him that he really didn’t want me to stay, he just didn’t want to have the police escort me out. I told him that it would be really bad optics if that happened,” said Pastor Montgomery. “I reminded him of the previous week’s meeting, and the suggestion from a parent to have a forum/meeting with parents and school board members before voting on something so consequential, but nothing like that had happened all week. Now, they were meeting to vote and make a decision without public comment or parental involvement. They said I could stay and listen to their discussion, which I did. I told one of the officers that I was not going to make him have to be the bad guy by marching me out because of what I had decided to do. He thanked me and said he appreciated that.”

After the situation involving the police and Pastor Montgomery ended, the Red Wing School Board shared their thoughts on whether or not children should be forcibly masked all day at the schools. During the discussion, Jennifer Tift claimed that she had been bullied the week before, alluding to the statements exposing her mask hypocrisy delivered by Pastor Montgomery at the August 16 meeting. Watch Tift’s discussion at the Special School Board meeting in the video below.

“One of the school board members, Jennifer Tift, during her comments made virtually, stated that she had been bullied at the previous meeting (when I called her out for not wearing her mask until the camera was rolling). She also stated how she was sad that at the previous meeting, because “we essentially last week decided that personal freedom was more important than our community responsibility.” She voted in favor of the more sweeping mask mandate for all kids aged 4-18 in the schools,” said Pastor Montgomery.

The Red Wing School Board, including Tift, then voted 5-2 in favor of forcing young children ages 4-18 to wear masks 6-8 hours per day at the schools. The very next day, Tift was caught unmasked at a concert attended by nearly 10,000 people in Colorado on August 24, as National File previously reported. 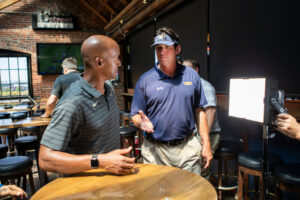 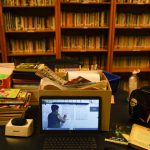 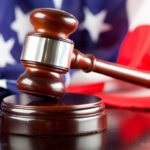 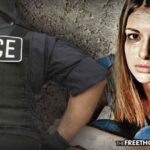