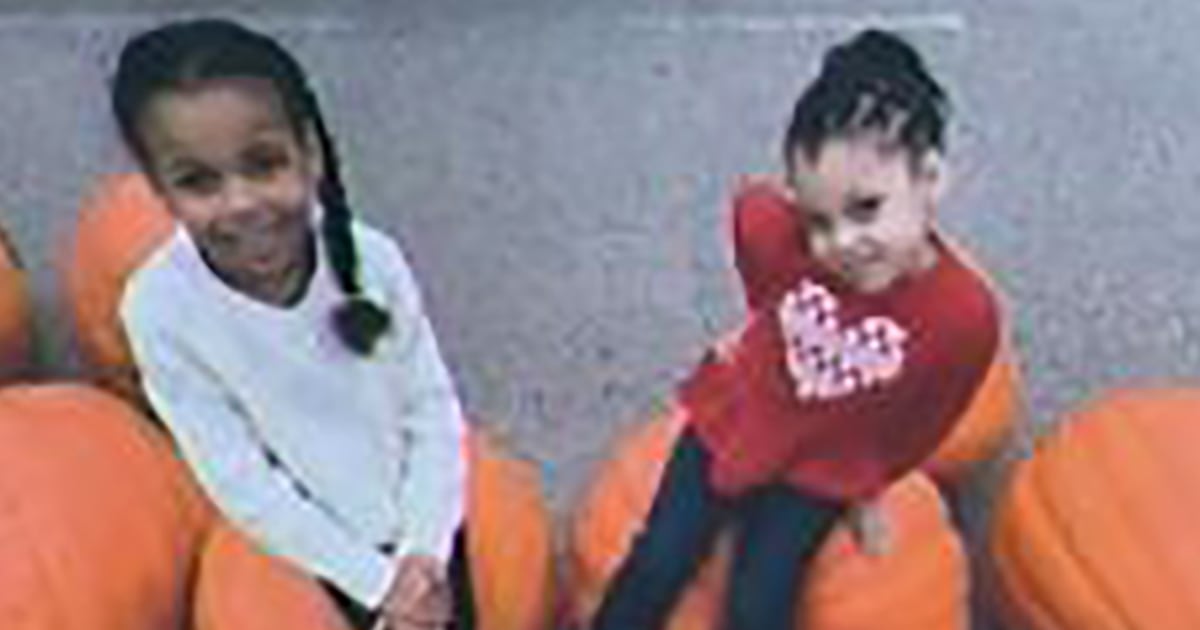 A former Baltimore County police officer is accused of kidnapping his young daughters and committing a string of armed crimes, officials said Thursday.

Authorities are pleading with Robert Vicosa to deliver his 6- and 7-year-old daughters, Giana and Aaminah, somewhere safe.

“Please get these two innocent and precious children to a safe location,” Baltimore County Police chief Melissa Hyatt said in an appeal to Vicosa during a news conference Thursday.

Vicosa’s estranged wife told police she had been assaulted on Sunday by Vicosa, who held her at gunpoint and fled with the girls, according to authorities and NBC affiliate WBAL.

Police said that Vicosa also kidnapped a man at gunpoint in the Cockeysville area on Wednesday, about 14 miles north of Baltimore.

He was armed with a semi-automatic handgun and had two young girls with him, according to the Baltimore County Police Department. He was also with Tia Bynum, who was suspended from the department on Wednesday.

Vicosa and Bynum carjacked the man and forced him to drive to various locations before releasing him without harm, Hyatt said.

Vicosa and the girls were also seen Tuesday in Felten, Pennsylvania, just over the Maryland border.

A woman there told WBAL that he was hiding out in her camper and when she discovered him, he held a gun to her.

He told the woman that he didn’t like the way his wife’s family was treating his daughters, and at one point left them alone with the woman.

“I said, ‘Is your daddy going to hurt me?’ She said, ‘No, my daddy is nice,’” the woman said. The three eventually left.

Police are asking the public not to approach Vicosa or Bynum, warning they may be armed with semi-automatic rifles in addition to the handgun, and they have law enforcement training.

Bynum worked in the department’s criminal investigations bureau, Hyatt said, while Vicosa was a sergeant before being demoted to an officer and ultimately getting fired earlier this year.

Vicosa, who used to go by Robert Brown, had been accused by three female officers of “viewing inappropriate videos in their presence, making inappropriate remarks of a sexual nature, and leering,” according to department records. 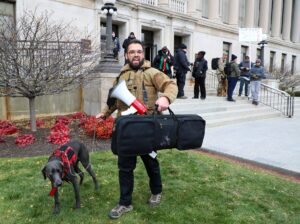 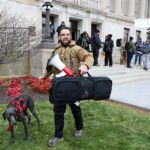 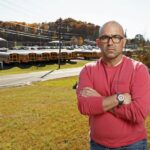