As attention focuses on Salt Lake City, Utah, where Vice President Mike Pence and Democratic vice presidential nominee Kamala Harris will debate Wednesday night, the Democratic National Committee (DNC) War Room will be trolling the vice president in the hours leading up to the event with mobile billboards attacking him on his handling of the COVID-19 pandemic.

“As chair of the White House Coronavirus Task Force, Pence owns the administration’s failed response to the pandemic more than anyone except Trump himself.” Lilly Adams, DNC War Room senior spokesperson and adviser said in a statement to CBS News. “As cases continue to rise across the country and millions of families struggle to make ends meet, Americans are owed answers tonight on the administration’s failed coronavirus response.”

To date over 7 million Americans have contracted the deadly virus and more than 210,000 Americans have died – statistics that will certainly be highlighted on the billboards, which will also feature audio of President Trump naming Pence head of the task force during the onset of the pandemic.

Another billboard highlights the Trump administration’s efforts to overturn the Affordable Care Act and the protections afforded to people with preexisting conditions. A case on the nation’s health care law will be heard by the Supreme Court in the same week as the election in November.

This comes as the Commission on Presidential Debates announced Tuesday that the vice president dropped his objection to the use of a plexiglass barrier on his side of the stage. The Biden-Harris campaign originally requested the use of the barrier after President Trump, the first lady and a number of top aides, staff and others in his orbit contracted COVID-19.

According to a source familiar with Harris’ debate preparations, the California senator is likely to feature the Trump administration’s handling of the pandemic as a major line of attack during the debate. 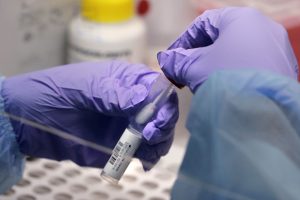 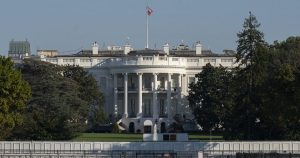