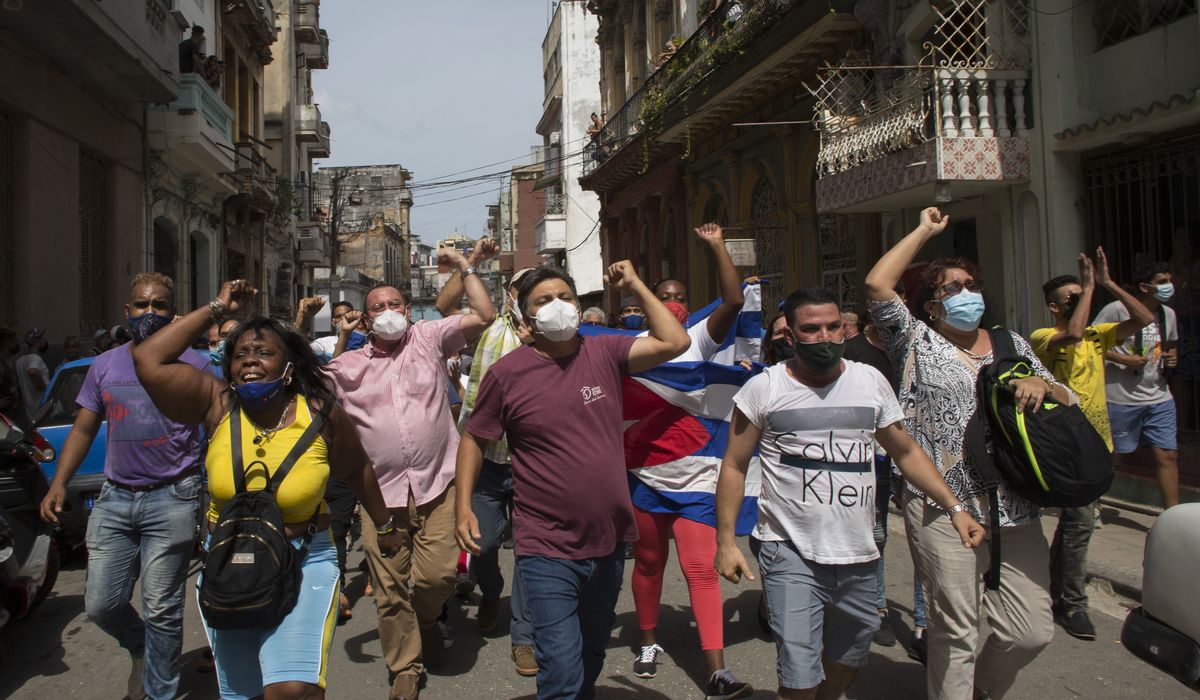 Cubans took to the streets Sunday in what Cuban activists and Republican politicians are calling the biggest demonstrations in decades.

According to social-media feeds, which Cuba’s communist dictatorship quickly shut down as U.S. news outlets began collecting them, hundreds of citizens shouted “freedom” to protest shortages of food and medicine in several cities across the island.

In another video, a police car in the city of Cardenas was overturned by protesters.

There also was, or had been, social-media evidence of protests in San Antonio de los Baños and Palma Soriano, the New York Times reported.

Carolina Barrero, a Cuban activist, called the protests “spontaneous, frontal and forceful,” and a challenge to a regime that has kept an iron lid on dissent since taking power when Dwight Eisenhower was U.S. president.

“It is the most massive popular demonstration to protest the government that we have experienced in Cuba since ’59,” she told the Times by text message.

“What has happened is enormous,” she added.

Politicians in Florida, home to a large Cuban diaspora largely consisting of refugees who fled the communist tyranny set up by Fidel Castro, applauded the demonstrations and called for more U.S. action.

“Florida supports the people of Cuba as they take to the streets against the tyrannical regime in Havana. The Cuban dictatorship has repressed the people of Cuba for decades & is now trying to silence those who have the courage to speak out against its disastrous policies,” Florida Gov. Ron DeSantis said Sunday afternoon on Twitter.

Sen. Marco Rubio, Florida Republican, linked to more than a dozen videos of protests from various sites throughout Sunday afternoon.

In one, the 20 seconds of footage shows hundreds of people chanting “no tenemos miedo,” which means “we are not afraid,” as they walked and drove bicycles through a street.

In another, people repeatedly chant “libertad!”

Mr. Rubio, who is Cuban-American, predicted an information crackdown from the communist regime, and shared a video that showed “the socialist goon squad … on the street beating peaceful protestors.”

The Florida lawmaker, the ranking Republican on the Western Hemisphere Subcommittee of the Senate Foreign Relations panel, said he would ask President Biden and Secretary of State Antony Blinken to “ask the members of the Cuban army not to shoot at their people.”

According to the New York Times, the coronavirus pandemic has made a major dent in the Cuban economy, never very strong to begin with, both by burdening its medical system and by cutting off tourism dollars the island has depended on since the fall of the Soviet Union.

This has triggered a dramatic upsurge in Cuban emigration — since October, the U.S. Coast Guard has intercepted more than 512 Cubans at sea, more than 10 times the number for the whole previous fiscal year.

The Cuban government acknowledged the protests but blamed the U.S. and the capitalist class.

“Celebrating what they orchestrated today in San Antonio de los Baños only uncovers the worst nature of people,” a government Twitter account quoted the president as saying.

Mr. Diaz-Canel also went on national TV programming and urged government supporters to defend the regime on the streets and blamed the U.S. embargo for the widespread shortages.

He called the demonstrations “systemic provocation” by dissidents and said the U.S. was trying to damage Cuba’s economy to “provoke a massive social implosion.”

Mr. Rubio had a simpler explanation for the protests.

“Socialism sucks. Ask the people forced to live under it,” he wrote. 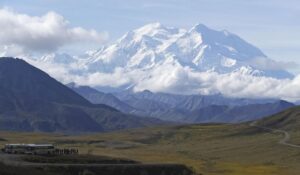 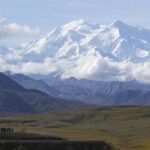 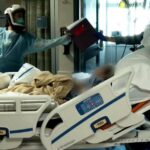 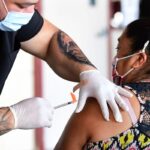 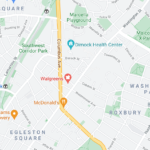