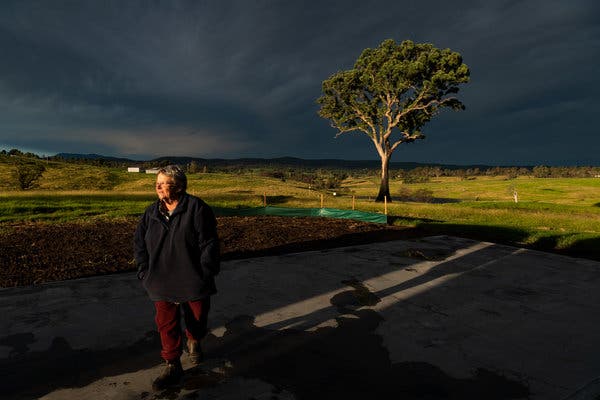 MELBOURNE, Australia — The scent of burning debris had just begun to fade from Lindy Marshall’s memory when disaster struck again.

Ms. Marshall, 73, lost her home in the catastrophic bush fires that tore through southeastern Australia more than four months ago. Now, she is largely confined to a trailer on her lot as she abides by strict social distancing measures to fight the coronavirus pandemic.

As the rest of the country bunkers down with loved ones and familiar possessions, Ms. Marshall lives alone in challenging conditions. A limited water supply makes good hygiene difficult: When she wakes in the middle of the night needing to use the bathroom, she steps into the frigid darkness and squats on the ground. She showers only about three times a week and washes her clothes in a bucket.

“This is a nightmare,” Ms. Marshall said. “Like a journey with no destination.”

The more than 3,500 Australians whose homes were destroyed by last summer’s fires are facing a one-two punch of hardship that has few peacetime precedents and is generating growing concerns about victims’ safety and mental health.

The buffer of community events, rebuilding efforts and in-person therapy that sprang up after the fires has largely vanished as public health authorities have instructed Australians to have little to no contact with anyone outside their immediate households.

Bush-fire relief centers that once offered donated clothing, meals or a warm embrace have been mostly shuttered. Volunteers who came in droves to clear noxious rubble and build new fences around burned-out farmland have left.

The relief center in Quaama, near Cobargo, where Ms. Marshall lives, was forced by the authorities to shut down in March. At the time, 40 or so people were still visiting daily, some of whom remained in need of basics like water and internet access. It reopened recently, though with a limited capacity.

“We were the last real evidence of help,” said Veronica Abbott, the center’s coordinator. “When the day is all too much, you’ve just got to go hide in your bed,” she added. “For a lot of people, that’s the only way they can stay warm.”

The sense of displacement that comes with isolation and the loss of basic possessions and familiar routines could lead to high levels of distress and depression, and potentially a spike in self-harm and suicide, experts said.

“This is pretty uncharted waters,” said Brett McDermott, a professor of psychiatry at James Cook University in Queensland. “It worries me that these people have got stress on top of stress,” he added. “No one is invincible.”

The pain from the pandemic is widespread. As the virus leaves millions of Australians shut in their homes and hundreds of thousands without jobs, people are calling the national suicide help line, Lifeline Australia, in unprecedented numbers, said John Brogden, the organization’s chairman. It is receiving up to 3,200 calls per day — up nearly 30 percent from the usual numbers.

But that anguish is especially acute in bush-fire victims.

“For people who got hit by the bush fires, it’s a warlike syndrome,” Mr. Brogden said. “They’ve got nothing, and now they are being hit again.”

Still, some relief may be on the way as Australia wages a successful battle against the virus.

The state of New South Wales, which includes Cobargo, said on Sunday that it would start relaxing social distancing rules this week. People will be permitted to have up to five visitors in their homes, but the state will not yet follow national guidelines on allowing regional travel.

For Ms. Marshall, the lockdown’s loosening may offer little immediate comfort. It is unclear how long it will take to rebuild her home, a process that has stalled in part because of social distancing measures.

Her solitary days bleed one into the next. Even simple tasks, such as a trip to the hardware store to buy a ladder, have made her cry.

“I have some days I wake up and I think, I just can’t do this anymore,” Ms. Marshall said. “It’s too hard; it’s too depressing; it’s too long.”

Between September and March, Australia’s ferocious bush fires destroyed millions of acres, killed more than one billion animals by some estimates and took the lives of more than 30 people. A number of stores on Cobargo’s main street were flattened, and dozens more homes in the area were lost.

Many Australians made homeless by the fires have received grants and insurance payments to move into short-term rentals, or have received donations of temporary accommodation.

But in Cobargo, some people are still camping in tents or living in trailers on the town’s showgrounds. A makeshift relief center has continued to operate there at limited capacity, providing people with donated goods and hot showers.

“We try to keep it as clean as possible, just hoping that everybody is mindful,” said Danielle Murphy, who runs the center and has been working to have hot water pods delivered to people living in setups like Ms. Marshall’s.

“We’re telling the council it is needed,” she added, “because otherwise you have all these people walking around who aren’t washing.”

On nearby properties, some people remain in sheds and tents that bend and leak as the Southern Hemisphere’s winter approaches. Others have had to evacuate and tape up their trailers to prevent asbestos from blowing in while demolition companies clear their land.

Some are living in cramped conditions with young children.

“It is absolutely torture,” said Zoey Salucci Mcdermott, 21, who lost her home in the bush fires. She drew international attention in January when she refused to shake the hand of Prime Minister Scott Morrison, whose response to the crisis was widely criticized.

Now, Ms. Salucci Mcdermott, her partner and their children, ages 2 and 1 month, are living in a donated Winnebago, where she gave birth to her son. Diapers, toys and clothing are stacked to the ceiling, a small fridge can hold only a few days’ worth of groceries, and the incessant drone of flies wears them down.

Recent food and toilet paper shortages, Ms. Salucci Mcdermott said, have resurfaced trauma from New Year’s Day, when there were spats in the supermarket over supplies after the fires swept through.

She is also struggling with being unable to spend time with other new mothers.

“That human interaction, whether you’re a hugger or a shaker or just talking to someone — now you can’t do that,” Ms. Salucci Mcdermott said, describing how she had, without thinking, embraced a friend who was also a bush-fire victim after bumping into her at a store. “We realized we could have just got fined.”

To many Australians, it has felt like a cursed year.

“People are incredibly tired,” said Louise Brown, owner of the bookstore in Cobargo, who also lost her home and is struggling with the fact that her family has not been able to visit or help her rebuild since social distancing measures came into effect.

Scott Herring, another resident who lost his home and has started a program to help provide people with the tools they need to begin rebuilding, said social distancing measures had really “taken the wind” out of efforts like his.

“Drought, fires and isolation,” Mr. Herring said. This is “the most alone I have ever been.” 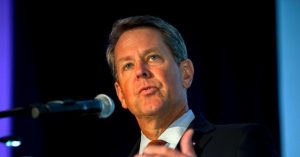 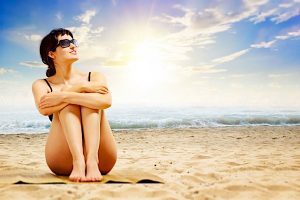