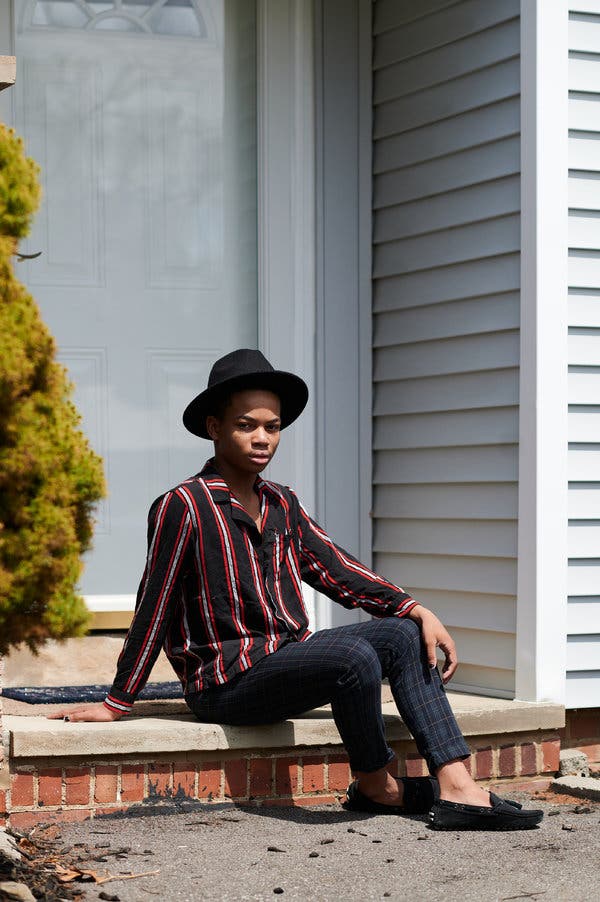 This is what spring college tour season looks like across America, where universities are going to great lengths to show off lecture halls, green space, libraries and laboratories that have all been emptied out by the pandemic, albeit online.

“When you’re doing these college visits, you go and sit somewhere on campus with your mom and dad next to you and you watch the kids. You can hear the sounds and smell the smells. You can see yourself being there,” said Sunil Samuel, an admissions officer at Hofstra University in Hempstead, N.Y. “We’re trying the best we can to deliver that virtually.”

Carefully planned road trips with parents have been suddenly scrapped, leaving many students to wonder how they will experience campuses’s true vibes on the internet.

“I’ve lost that face-to-face aspect,” said Caroline Lopez, a junior and a tennis player at Westridge School in Pasadena, Calif., who had been looking forward to meeting not just fellow students but potential teammates and coaches at universities she had planned to tour.

“Being physically there is helpful to understand whether it’s a good fit or not,” said Ms. Lopez, who wants to major in English or journalism.

Visiting a campus in person is especially useful for students who are the first in their families to apply to college, said Dominique Jordan Turner, chief executive of Chicago Scholars, a program that helps financially struggling and first-generation students pursue higher education. For them, feeling a sense of belonging on campus is everything, she said.

“Finding their people — that is the key to their success,” she said. “So how do you replicate that in a virtual space?”

Prospective students are benefiting from some universities that are making individual counselors, financial aid officers and professors available for one-on-one Zoom meetings.

But disappointment is setting in for some students who had been relying on campus visits to get a true feel for the place.

Isaiah Finley, a junior at Shaker Heights High School in Shaker Heights, Ohio, had to cancel a planned spring break road trip with two friends to visit several colleges in New York City, where he wants to pursue a career in theater. Touring campuses online just isn’t the same, he said.

“I’m a person big on being in the moment — when you feel something in you from being in the environment,” Mr. Finley said. “Me sitting in my house and watching a video probably wouldn’t tell me anything different than looking at pictures.”

With his big theater performance for the year canceled — Mr. Finley was set to play the character of Angel in his high school’s production of “Rent” — he has spent most of his spare time scrolling through college websites. But Mr. Finley has yet to click on a single virtual tour.

“I just didn’t want to look at them and be turned off, and then it might actually be a really good school in person,” he said.

Mr. Samuel said visiting students often are sold on Hofstra when their campus tour takes them to a space nicknamed Narnia, which is surrounded by statues and tall evergreen trees and filled with students crisscrossing on their way to class.

“The hardest thing to recreate is what we call that ‘wow’ moment, when you’re on campus and you’re like, ‘Mom, this is where I need to be,’” he said.

When Yale University closed its campus in March, the admissions team scrambled to cancel in-person tours and shift everything online. One of Yale’s Zoom presentations features a student living with her family in Singapore who stays up until nearly midnight to appear on a panel with an admissions officer living in the United States.

Speakers have had to sharpen their message online to avoid losing their audience.

“You can get away with rambling in person when you have the body language to back that up,” said Mark Dunn, an admissions officer at Yale. “We realized that right away we needed to be snappier and keep ourselves to a more polished presentation.”

Victor Luis Garcia, a senior at the Chicago High School for the Arts, was notified two days before he was set to visit the University of Michigan, where he has been accepted, that campus was closing.

He watched the college’s virtual tour and liked what he saw, but now that his father has been laid off from his job as a kitchen inventory worker at a Holiday Inn, he may need to change course and go to college closer to home.

Mr. Garcia didn’t get to tour local schools before they, too, were closed.

“I have to consider how I’m going to make money over the summer if possible, and how stable my parents’ jobs are,” he said.

“We got the washers. We got the dryers,” Yu Isii, a student at the University of California at Santa Barbara, explained on a video tour of her residence hall that included a pass through the laundry room — a scene unlikely to be included in most official tours.

Virtual tours or not, some high school counselors said they were having trouble getting students to engage. With sick relatives, family members experiencing job losses and general worries about the virus mounting, some students have tuned out of the college process.

“It’s really hard right now,” said Kelley Winter, a counselor at Lincoln Southeast High School in Lincoln, Neb., where school is called off for the year. “We are just trying to get kids to log into the system to complete their classes, so I don’t know how many of them right now have college on the brain.”

Dhara Gebo, a junior at Beacon High School in New York City, said that after having visited the campuses of several liberal arts schools in the Northeast last fall, the idea of virtual tours seemed uninspiring.

“Hearing the students talk about their school and being in their environment, you think, ‘That could be me next year, enjoying myself in that space,’” she said.

She had been looking forward to a trip to visit campuses in the South as well as a weekend trip to Ithaca, N.Y., where her mother had planned to show off her alma mater, Cornell University.

“We were going to drive, and we had an Airbnb and all that stuff,” Ms. Gebo said, adding that her mother was just as disappointed that the trip had to be canceled. “She was going to show me all the things that she did there.” 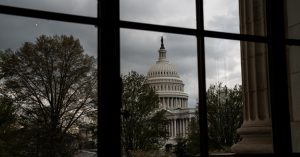 How Congress Can Vote Remotely During the Coronavirus Pandemic 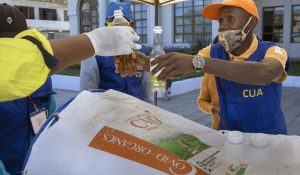