Colorado passed its April peak for confirmed COVID-19 hospitalizations on Thursday, but hospitals are better equipped to handle that number of patients this time.

Hospitals know more about how to treat the virus, protect staff and maximize resources than they did this spring, but that doesn’t mean they can take an infinite number of patients, said Julie Lonborg, vice president of communications and media relations for the Colorado Hospital Association. It’s still important for the public to limit the virus’ spread by limiting how many people they get close to, wearing masks and washing their hands, she said.

At the previous peak, on April 14, Colorado recorded 888 people hospitalized with confirmed cases of COVID-19. On Thursday, 894 people were receiving hospital care for confirmed cases. Gov. Jared Polis announced during a news conference.

“Cases and hospitalization are increasing rapidly in Colorado,” said Dr. Rachel Herlihy, the state epidemiologist. “Unfortunately, we see no signs of slowing or a plateauing in the data.”

When “persons under investigation” — those who have COVID-like symptoms, but don’t yet have a positive test — are included, the April peak is still slightly higher. On April 8, there were 1,277 people hospitalized, including 848 with confirmed cases and 429 under investigation.

On Oct. 28, the Colorado Department of Public Health and Environment released projections that hospitalizations could top the April peak by Nov. 10. Since then, they’ve risen faster than the state’s model predicted.

If hospitalizations continue rising at their current rate, Colorado could hit capacity for intensive-care units in late December. Even in that case, hospitals would still have some room before having to adopt “crisis standards,” where they might have to decide that some patients receive less care because they don’t have enough resources, Lonborg said.

As of Wednesday, 9% of hospitals reporting data in Colorado were worried about staffing shortages, and smaller percentages were worried about running out of supplies or intensive-care beds. The state health department reported 1,611 of the 1,941 intensive-care beds around the state were full, as were 7,708 out of 9,377 beds for general medical needs. The counts include patients with COVID-19 and with other conditions, because a bed that’s occupied can’t be used for other patients, regardless of why the person in it is being treated.

Hospitals that are approaching capacity can free up some space by rescheduling non-emergency surgeries, not taking out-of-state transfer patients and converting some units to care for COVID-19 patients, Lonborg said. They also have agreements to send patients to other facilities that have beds available, she said.

“We pulled all those levers in the spring. We can pull them all again,” she said.

Racheal Morris, spokeswoman for Parkview Medical Center in Pueblo, said their leadership is beginning to have conversations about postponing some elective surgeries or repurposing units to care for more COVID-19 patients. As of Thursday morning, they had 48 patients being treated for the new coronavirus, she said. When Pueblo Mayor Nick Gradisar ordered a curfew at the end of October, the hospital had 33 COVID-19 patients, according to The Pueblo Chieftain.

“We cannot overstress the importance of mask-wearing, social distancing, washing your hands and getting a flu shot,” Morris said.

In the spring, much of the focus was on having enough ventilators, but it turned out that some patients with low blood oxygen levels did at least as well with less-invasive treatment. Now, the bigger issue is likely to be having enough staff trained to care for critically ill patients, Lonborg said. Hospitals already have plans for the most-experienced intensive-care doctors to oversee their colleagues who have some training, but don’t typically work in that unit, she said.

“You basically magnify the reach of that physician,” she said.

Pilots who own small planes have volunteered their time to ferry protective equipment, and if necessary, staff, to hotspots, Lonborg said. Still, resources aren’t infinite, particularly since most parts of Colorado and the country are dealing with increasing cases at the same time, she said.

“Right now, many of the states we might turn to are having their own outbreaks,” she said. 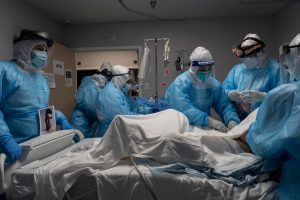 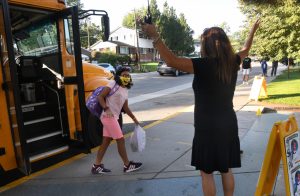 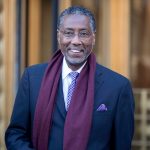 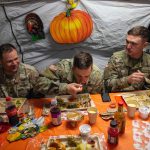