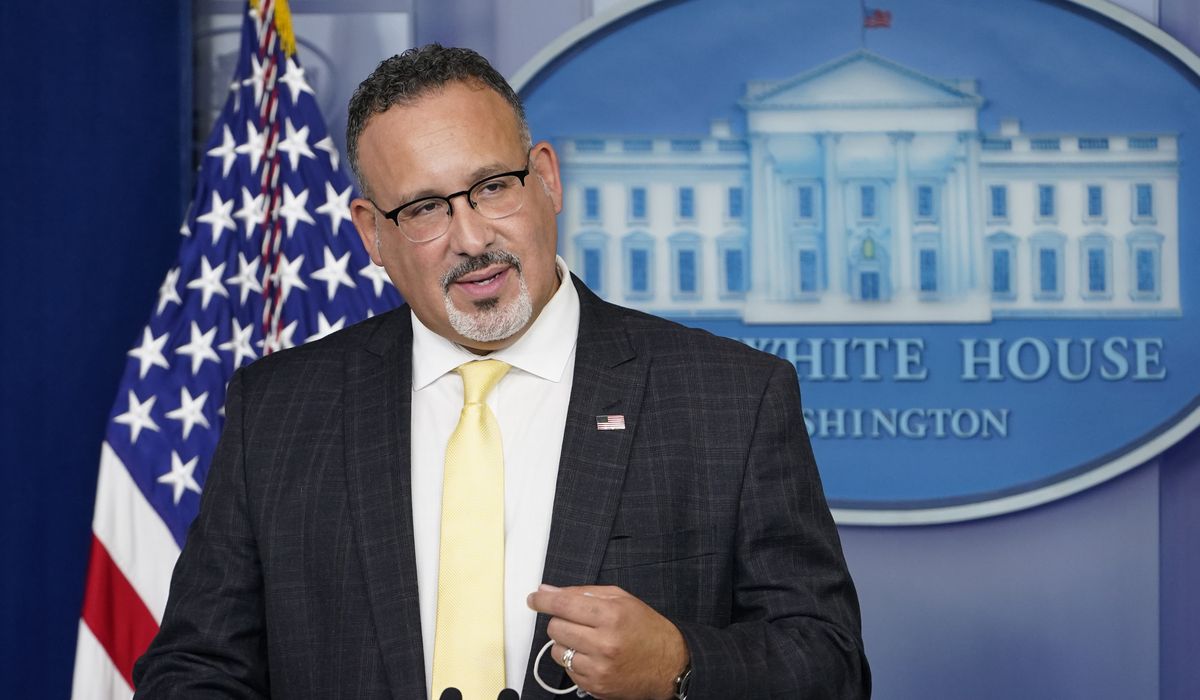 The Biden administration said Thursday it will promote COVID-19 vaccination in schools this fall by pushing the shots at sports physicals, educating parents on “Back to School” nights and helping school districts offer pop-up clinics at their schools.

It will kick off a “Week of Action” on Saturday to promote the campaign, dispatching second gentleman Douglas Emhoff and Education Secretary Miguel Cardona to Topeka, Kansas, to visit a back-to-school vaccine clinic.

The effort underscores the stakes for President Biden as schools and universities reopen amid the threat of the fast-moving delta variant of the coronavirus, which is ripping through communities with low vaccination rates.

Only 29% of those aged 12 to 15 are fully vaccinated — the Pfizer-BioNTech shots were authorized for this group in May — and youth sports drove transmission last winter and spring, raising fears of a bigger crisis in colder months.

Whether the administration can help schools reopen safely also will be a political test after Mr. Biden’s push to reopen districts last spring led to friction with labor unions and accusations of shifting goalposts over the definition of “fully open.”

Mr. Cardona said he doesn’t think teachers’ unions will balk at returning to classrooms because of the delta variant.

“I really don’t expect it to be a challenge to work with our teachers to get our schools reopen,” Mr. Cardona during a White House press briefing.

The White House said that over the next six weeks, 50 million students will return to K-12 schools and 20 million will return to undergraduate and graduate studies in college.

“We’re doubling down to get more students vaccinated as they return to school,” Mr. Cardona said. “It’s all hands on deck. We all want our students in classrooms where they learn best.”

Mr. Cardona also rebuked governors who have reined in mask requirements in schools, saying he will be tracking whether students stay home because parents are worried about the risk of transmission.

“Our kids have suffered enough. Let’s do what we know works,” the education secretary said.

The administration sees sports physicals as a key opportunity to get ahead of the virus.

The American Academy of Pediatrics (AAP) and the American Medical Society for Sports Medicine (AMSSM) said doctors should ask young athletes and their parents about their vaccination status and, where possible, administer the shots — a position endorsed by the White House.

More broadly, officials said Thursday a rapid increase in vaccinations is the best way to keep the virus from evolving into something that can elude available shots that remain protective but are being tested by the aggressive delta variant.

While not all mutations in the coronavirus will be fundamentally dangerous, the world is getting a taste of a significant mutation with the delta variant, which first emerged in India.

Existing vaccines appear reasonably effective at keeping people out of the hospital, but data about delta is still trickling in and there is rampant talk of booster shots to shore up protection against the strain.

That experience is raising fears of yet another mutation that could escape the vaccines’ power and cause society to fall behind in the race to vaccinate its way out of the pandemic.

“We have within our power to prevent that. And you prevent that by not allowing the virus to freely circulate pointing vulnerable targets,” Dr. Anthony Fauci, director of the National Institute of Allergy and Infectious Diseases, said during a White House COVID-19 briefing “You protect the vulnerable targets, who are unvaccinated people, by vaccinating them. And when you do so, you do a very, very strong blocking of the evolution of variants that could be problematic.”

For now, the delta variant is filling hospitals in states across the South and the Midwest.

White House COVID-19 coordinator Jeff Zients singled out seven states with lower vaccination rates — Florida, Texas, Missouri, Arkansas, Alabama, Louisiana and Mississippi — that accounted for half of the new cases and hospitalizations over the past week despite making up less than a quarter of the U.S. population.

Florida’s vaccination rate of 49% is on par with the nationwide rate though far below the 60%-plus seen in parts of New England.

Florida leads the nation in hospitalized patients, with more than 12,000 as of midweek, and The Associated Press reported that a South Florida hospital chain is suspending elective surgeries and placing beds in conference rooms, an auditorium and a cafeteria to treat patients.

“We are seeing a surge like we’ve not seen before in terms of the patients coming,” said Dr. Marc Napp, chief medical officer of the Memorial Healthcare System.

Mr. Zients said the good news is vaccination rates are increasing in some states with the highest infection rates.

“In fact, Louisiana, Arkansas, Missouri, Alabama, Oklahoma and Mississippi are now vaccinating people at a rate not seen since April,” he said. “Clearly, Americans are seeing the impact of being unvaccinated and unprotected.”

Mayor Bill de Blasio said Thursday that more than 80,000 people got their first doses in New York City over the past week, compared to 57,000 who came forward during the first week of July.

The Democrat credited his decision to require the shots or weekly testing for city workers and require proof of vaccination in restaurants, gyms and performance halls. The verification system will be enforced as of mid-September.

“This needs to be done all over this country to stop the delta variant,” Mr. de Blasio said at a press conference.

The plan is sparking concerns about enforcement and unequal treatment in society, though the mayor is betting that other parts of the public and private sector will emulate the city.

Mr. Zients applauded the stringent rules. He said the New Orleans restaurant Saffron got its staff 100% vaccinated and is requiring proof of vaccination or negative tests at the door.

“The owner said the community response has been overwhelmingly positive,” he said. “At the same time, nearly 650 colleges and universities are already requiring on-campus employees and students to be vaccinated.”

The administration said colleges will be a key part of their vaccine push at schools. It is releasing a “Vax to School” checklist that details how colleges and universities can increase awareness about the vaccines and make them accessible on campus. 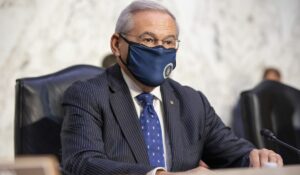 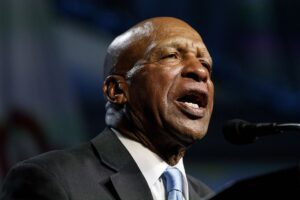 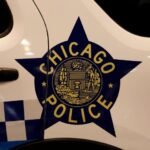 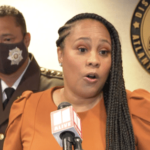 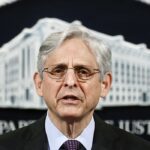 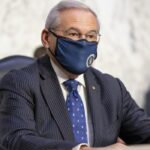