The Black Lives Matter movement, galvanized by the police killing of George Floyd, is propelling the once volatile issue of affirmative action onto the November ballot.

California voters will likely again be asked, as they were a generation ago, to answer this question: Is affirmative action necessary to attack racial and gender discrimination — or is it itself discriminatory?

The Legislature may have placed the proposed state constitutional amendment on the ballot anyway. But when a white Minneapolis cop crushed the life out of a handcuffed Black man by kneeling on his neck, the measure became practically unstoppable in the state Capitol.

The legislation, ACA 5, would repeal Proposition 209, a citizens’ initiative that was approved by a comfortable 9-percentage-point margin after a bitterly fought campaign in 1996.

This was the text of Proposition 209:

“The state shall not discriminate against, or grant preferential treatment to, any individual or group on the base of race, sex, color, ethnicity, or national origin in the operation of public employment, public education or public contracting.”

But that was 24 years ago. Proposition 209 opponents see a window this year to restore affirmative action in public university admissions, hiring and contracting.

ACA 5 is “going to be awfully tough to beat,” says Assemblywoman Lorena Gonzalez (D-San Diego), an outspoken supporter, referring not only to its prospects in the Legislature but on the ballot.

Gonzalez, chairwoman of the Legislative Latino Caucus, recently tweeted this strong message to other lawmakers: “I don’t want to see a single one of my fellow legislators post about #blacklivesmatter but not vote on #ACA5…. Black lives matter in government contracting and college admissions, too.”

Assemblywoman Shirley Weber (D-San Diego), chairwoman of the Legislative Black Caucus, is the principal author of ACA 5. What Floyd’s killing and resulting nationwide protests against police brutality have done, she says, is awaken many white people to racism.

“People look at me and say, ‘There’s no racism,’” she says. “’Everyone is equal.’ And maybe Black people they know are professionals who have pretty good lives. Racism is dismissed as not valid. ‘It was a long time ago and doesn’t apply today.’

“At least with the George Floyd incident, people have a chance to see the brutality. It has made people stop and think. I now don’t have the same tough job trying to convince them. It should help me get this out” of the Legislature.

“I absolutely support giving California voters the opportunity to right this historical wrong,” Atkins emailed me.

Gov. Gavin Newsom also has embraced the measure. But the only role he has in the fight is to lobby for legislative votes, which he apparently hasn’t done. Proposed constitutional amendments require a two-thirds vote of each legislative house, but not a governor’s signature.

The Assembly overwhelmingly passed the measure Wednesday and sent it to the Senate. Representatives of the Black, Latino, women’s, Jewish and LGBTQ caucuses all advocated its passage, denouncing Proposition 209.

Weber contended Proposition 209 has “deprived women and people of color of a level playing field” and fostered racial inequality.

Like some other Asian Americans, Assemblyman Steven Choi (R-Irvine) supports 209 and opposes ACA 5.

“Is it right to earn a job just because you’re white or Black or yellow?” Choi asked during the Assembly debate. “We’re talking about legalizing racism and sexism… I came to this country to get away from reasoning like that.”

But support for ACA 5 dominated the lengthy debate.

Another Asian American, Assemblyman David Chiu (D-San Francisco), supported the measure. He pointed out that the U.S. Supreme Court has ruled racial quotas in university admissions — feared by many affirmative action opponents — unconstitutional.

In 1996, the campaign for and against Proposition 209 got very ugly. There was an ugly mood anyway, coming just two years after voters approved Proposition 187, which sought to ban public services for immigrants living in the country illegally.

Proposition 187 passed in a landslide but was tossed out by a court. Proposition 209 survived all court tests.

Republicans tried to use Proposition 209 to drive up the GOP vote for then-presidential nominee Bob Dole, irritating the measure’s backers. The tactic failed.

On the other side, Proposition 209 opponents ran TV ads equating the measure’s backers with Klansmen in white robes and hoods. That also backfired.

California’s political climate appears friendlier to affirmative action today. For one thing, the state has become even more diverse. People of color now are the majority.

Proposition 209’s effect on public university admissions has been much debated. Since 1996, Latinos’ share of UC admissions has increased from roughly 14% to 24%, but their population numbers have significantly risen too. The enrollment of Black students has remained virtually the same, around 4%. Asian admissions have dropped a tad to 30.5%.

The chief defender of 209 is retired Sacramento land use consultant Ward Connerly, who is Black. He orchestrated its passage in 1996.

“When you treat people differently based on their race, that’s a racial preference,” Connerly says.

This very likely will be a hot item on the November ballot. Let’s hope it doesn’t stir up ugly politics this time. 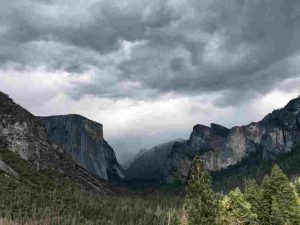