Catholic Archbishop Carlo Maria Vigano denounces the Coronavirus vaccine and the agenda of “the globalist elite” in an amazing letter to American bishops and others published by LifeSiteNews. Vigano, who has gained worldwide admiration for chastising Catholic Church leaders over issues including the abuse of children, makes it clear that he rejects the vaccine on safety and moral grounds. Vigano calls the vaccine “absolutely immoral” and says that “there is a duty to refuse it categorically.” Vigano also strongly opposes the Joe Biden regime’s plan to vaccinate children as young as 5 years old. (READ: The FDA Advisory Committee’s Massive Pfizer Connections).

“The Note on the morality of using some anti-Covid-19 vaccines was issued last year in the absence of complete data on both the nature of the gene serum and its components,” Vigano writes in his letter to the bishops and others, in which Vigano exposes the faulty “safety and effectiveness of the vaccines,” argues that “the experimental drugs are not vaccines in the proper sense,” and raises alarms about “side effects on pregnant mothers and nursing children.”

“In this case, the health authorities have decided to carry out experimentation on the entire world population, as an exception to the usual practice of the scientific community, international standards, and the laws of individual nations. This means that the entire population finds itself in the condition of being susceptible to suffering the adverse effects of the vaccine, at their own risk, when normally experimentation is done on a voluntary basis and carried out on a limited number of subjects, who are paid to undergo it,” Vigano writes. “…I think it is evident that there are medical treatments without adverse side-effects, even though they have been systematically boycotted by the Health Institutions – WHO, CDC, EMA – and by mainstream media.”

“Having established that the drugs sold as vaccines do not give any significant benefit and on the contrary may cause a very high percentage of deaths or grave pathologies even in subjects for whom Covid does not represent a threat, I do not think that we can conclude that there is any proportionality between the potential damages and the potential benefits. This means therefore that there is a grave moral obligation to refuse inoculation as a possible and proximate cause of permanent damages or death. In the absence of benefits, there is therefore no need to expose oneself to the risks of its administration, but on the contrary there is a duty to refuse it categorically,” Vigano writes.

“Revelations from Pfizer executives have recently been released showing that the mRNA gene serums contain aborted fetal material not only for the production of the original vaccine, but also for its replication and production on a vast scale…This makes the use of these drugs absolutely immoral, just as it is immoral and unacceptable to use drugs that use orphaned children for experimentation,” Vigano writes.

“With every passing day, thousands of people are dying or are being affected in their health by the illusion that the so-called vaccines guarantee a solution to the pandemic emergency. The Catholic Church has the duty before God and all of humanity to denounce this tremendous and horrible crime with the utmost firmness, giving clear directions and taking a stand against those who, in the name of a pseudo-science subservient to the interests of the pharmaceutical companies and the globalist elite, have only intentions of death. How Joe Biden, who also defines himself as “Catholic,” could impose vaccination on 28 million children aged 5 to 11, is absolutely inconceivable, if only for the fact that there is practically zero risk of them developing the SARS-CoV-2 disease. The Holy See and the Bishops’ Conferences have the duty to express a firm condemnation in this regard, and also in relation to the very serious side effects that can result for children who are inoculated with the experimental gene serum. It is equally imperative that there be an intervention by the US Bishops’ Conference aimed at promoting the religious exemption and immediately revoking the bans imposed in this regard by many Ordinaries on their priests. Similarly, all vaccination requirements for seminarians and candidates of religious communities must be revoked. Instead, clear directives should be given about the dangers connected to the administration of the vaccine and its grave moral implications,” Vigano writes.

NATIONAL FILE RECENTLY REPORTED: Father James Altman, the Catholic priest who took on the left-wing Democrat agenda and stood up to Dr. Fauci’s Coronavirus tyranny, described his fight to maintain his pastor position against a corrupt Church campaign to get him ousted from the pulpit. Altman revealed details from the behind-the-scenes plot against him at the Stand with Father Altman event in White Bear Lake, Minnesota. Altman works at St. James the Less Roman Catholic Church in La Crosse, Wisconsin, and now the leadership of his diocese wants to force him out. Altman also revealed that some Cardinals in Rome hate him. Father Altman told the U.S. bishops who are against him to “Bring it On.”

“I’m man enough. I can defend myself,” Father Altman said to his supporters in Minnesota, describing the biased effort to force him out. Altman said, “And the USCCB (United States Conference of Catholic Bishops) has their basic playbook about how bishops can get rid of these priests they don’t like and that’s what they do.” Altman called his opponents “Monsters in miters,” and predicted that he will not receive justice within the crooked system. Nevertheless, Altman expressed his faith in the Truth movement, saying, “Everybody’s going to know now…That day is over, bishops of the United States. Because now, we’re coming back.” Altman vowed and told Bishops of the United States who oppose him to “bring it on.”

SO WHAT EXACTLY IS FATHER ALTMAN UP AGAINST?: Father Altman told his flock in May that he had been asked to resign by Bishop William Patrick Callahan of the La Crosse Diocese, stating “They want my head now for speaking that truth. I, a lowly priest, apparently have created enemies among some of the hierarchies.” But Father Altman outright refused to resign, raised more than $600,000, and prompted the Diocese of La Crosse to vow to force him out. An activist group called Faithful America celebrated Altman’s persecution, boasting, “Altman’s dismissal follows more than 18,000 petition signatures and hundreds of phone calls to Bishop Callahan from Faithful America members.” Faithful America lamented, “On Palm Sunday, Fr. James Altman preached that COVID-19 health guidelines are ‘godless, Nazi-esque controls,’ telling parishioners, ‘God damns every single one of those godless moves.’ He also said Dr. Anthony Fauci’s support for masks ‘is damnable in the hottest fires of hell.’ On Easter, Altman packed in 300-500 parishioners, with at least 50 maskless people jammed in the first five pews — violating his own bishop’s mask and capacity protocols…” 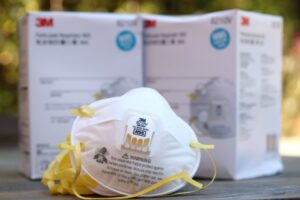 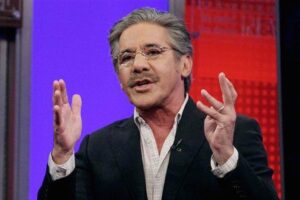