Americans are celebrating steps toward normalcy. But the real test of Covid-19 progress is 2 weeks away, expert says 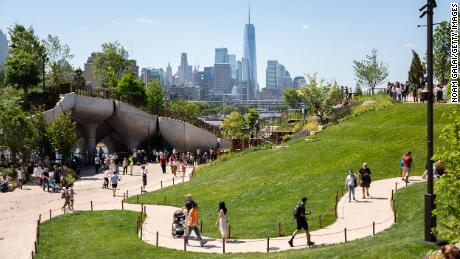 “In some ways, this was the first big stress test,” CNN medical analyst Dr. Leana Wen said. “We have restrictions lifted en masse, people going about their normal lives. We know that in the past after major holidays and an increase in travel that we then had a substantial uptick in the rate of infections.”
The US has had a lot to celebrate when it comes to recovery from the pandemic: More than half of the US has received at least one dose of Covid-19 vaccine and 12 states have reached President Joe Biden’s goal of having 70% of Americans getting at least one dose by July 4.
And along with increased vaccinations has come a decrease in cases.
For the first time since March 2020, the US recorded a seven-day average of fewer than 20,000 new daily cases Tuesday. And less than 5% of the US population lives in a county considered to have high Covid-19 transmission, according to CDC data.
But Wen cautioned the US will have to wait to see if the protection of a country still not fully vaccinated can overpower the risk of forgoing masks and engaging in public settings.
Even if cases plateau or taper off from their current falling rate, Wen said she worries some communities will remain vulnerable.
“You have parts of the country with very low vaccination rates,” she said. “I really worry about the unvaccinated people in those areas spreading coronavirus to one another.”
And with variants spreading around the globe, even cases falling too much could cause a problem by reducing the feeling of urgency to be vaccinated, Wen added.

Incentives and precaution loosening in the coming weeks

As the country waits to see how cases respond to a weekend of celebration, some leaders are focusing on offering vaccine incentives while others continue to drop pandemic precautions.
West Virginia Gov. Jim Justice on Tuesday announced a vaccination incentive lottery with prizes that include $1 million, two full four-year scholarships to eligible students and 25 weekend getaways.
“On Father’s Day, we are going to make one of you a millionaire,” Justice said.
Meanwhile, the Ohio Department of Health Director Stephanie McCloud signed an order rescinding a number of Covid-19-related health orders, including lifting a statewide mask mandate and opening up access to jail and detention facilities.
In Kentucky, senior centers will be allowed to reopen at full capacity starting June 11, Gov. Andy Beshear said Tuesday. “The reason that we can do that are vaccines. These things are miracles,” he said in a statement.

But as important as vaccinations are, they might not be enough to safely drop precautions just yet, researchers reported Tuesday.
Even with the majority of the population vaccinated, the removal of precautions could lead to an increase in virus spread, they reported in the medical journal JAMA Network Open.
Mehul Patel, an assistant professor of emergency medicine at the University of North Carolina at Chapel Hill, and colleagues used a mathematical model to simulate a coronavirus spread within the population of North Carolina.
They found that infections, hospitalizations and deaths would continue to rise if pandemic precautions such as quarantine, school closures, social distancing and mask-wearing were lifted while vaccines were being rolled out.
“Our study suggests that, for a population of 10.5 million, approximately 1.8 million infections and 8,000 deaths could be prevented during 11 months with more efficacious COVID-19 vaccines, higher vaccination coverage, and maintaining NPIs (non-pharmaceutical interventions), such as distancing and use of face masks,” they wrote.
Patel and colleagues said their findings suggest it will take a coordinated effort of maximizing vaccine coverage and practicing pandemic precautions “to reduce COVID-19 burden to a level that could safely allow a resumption of many economic, educational, and social activities.”

Fortunately, cases also do appear to be declining in children.
The US reported the lowest number of new weekly Covid-19 cases among children since early October, with roughly 34,500 new child cases reported last week, the American Academy of Pediatrics said in a Tuesday report.
As of May 27, nearly 4 million children had tested positive since the pandemic’s start.
Children made up between 6% and 19.6% of those who were tested for Covid-19, according to the states that reported numbers, and between 5.2%-34.6% of children tested were positive for the virus, depending on the state.
“At this time, it still appears that severe illness due to COVID-19 is rare among children,” the report said. “However, there is an urgent need to collect more data on longer-term impacts of the pandemic on children, including ways the virus may harm the long-term physical health of infected children, as well as its emotional and mental health effects.” 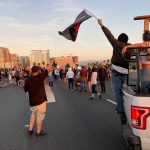 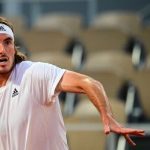 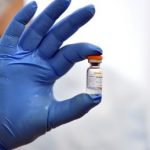