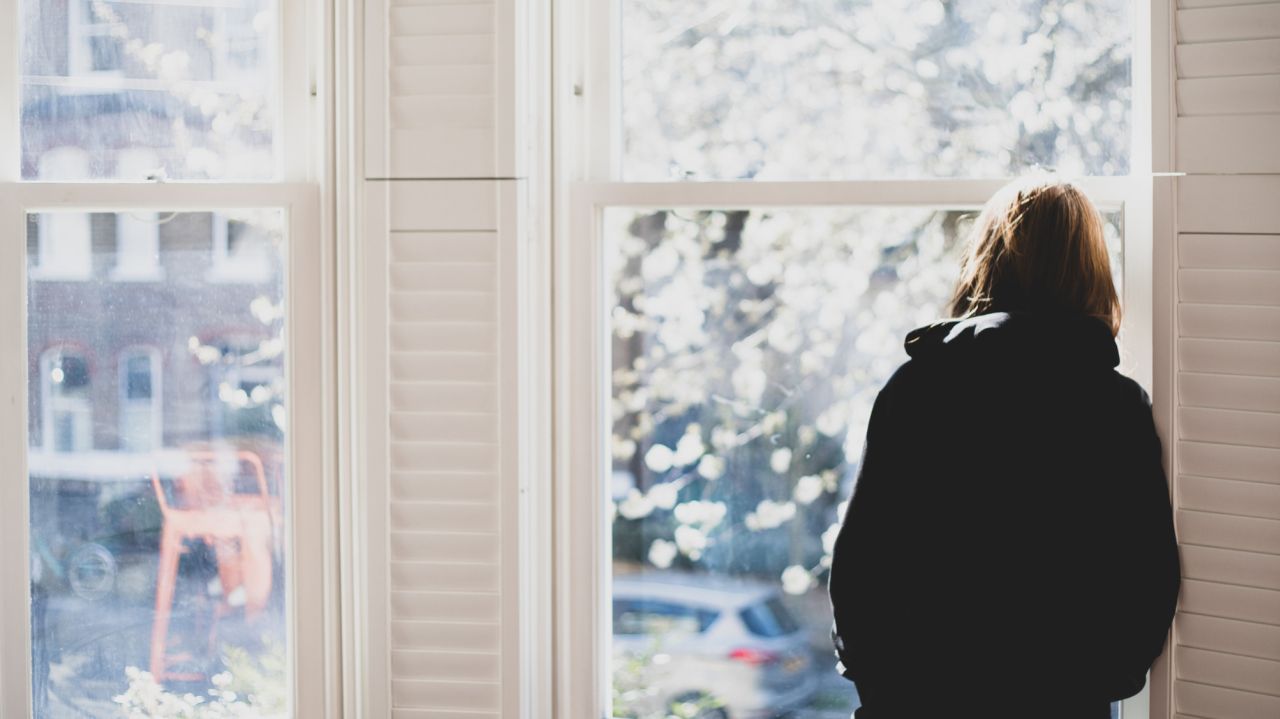 A year into the pandemic, the Centers for Disease Control and Prevention announced relaxed precautions for vaccinated people, paving the way for increased social activities. With the pace of vaccinations accelerating, Americans are asking, “When will life return to normal?”

Yet the recent history of medical quarantine cautions that there will be no return to a pre-pandemic normal, no matter how fast and effective biomedical cures and vaccine rollouts are. That’s because, while stringent public health measures may ease, the stigma, loss and memory of suffering persist. We can learn from our individual and collective pandemic experiences, rather than leave them behind.

The longest and most severe medical quarantine in modern history began in Hawaii in 1866 and ended over a century later in 1969. The Hawaii Board of Health segregated about 8,000 people with the chronic and debilitating bacterial disease called Hansen’s disease (also known as leprosy). People were separated from their families and exiled for the rest of their lives to an isolated settlement on the island of Molokai.

A disease known for millennia, leprosy had been common in Europe in the Middle Ages. However, when it reappeared in the colonies of industrialized Western nations, leprosy prompted great panic in the 19th century. It became associated with the so-called “loathsome” bodies, environments and behavior of non-White people. While scientists could see leprosy bacilli under a microscope, information about the disease’s transmission remained unknown. No effective treatments or cures were available.

The practice of mass compulsory incarceration in Hawaii marked a global shift in public health. Other countries and colonies — including Cape Colony (now South Africa), New South Wales (now Australia), the Philippines and Japan — followed suit with compulsory detention of those with leprosy. In comparison, tuberculosis and influenza posed far more lethal threats and killed thousands more globally, but did not prompt lifelong incarceration.

Although people of all national origins and ethnic backgrounds contracted Hansen’s disease, Kānaka ‘Ōiwi (Native Hawaiians) bore the brunt of public health racism. Native Hawaiians were treated as pathogens, not people. White health agents and physicians blamed Hawaiians’ close-knit households and affectionate ties for the spread of infection and targeted these communities for removal from society. Furthermore, the colonization of Hawaiian land, laws and government — in particular, the 1893 overthrow of the monarchy — by powerful foreign business interests and the United States marginalized Native Hawaiians. Immigrants, primarily Portuguese, Japanese, Chinese, Korean and Filipino contract plantation workers, and their descendants also saw increased numbers among those who were exiled.

Inmates sent to the Molokai settlement often experienced family separation as more devastating than the illness itself. By law, married people with leprosy had to leave behind uninfected spouses; parents, their children. From the perspective of White officials seeking to protect Hawaii’s tourism and plantation economy, the law effectively removed unsightly disabled people. Yet whether incarceration controlled the epidemic is unclear. The harsh separation policy drove potentially contagious people into hiding. Some chose to run from medical authorities rather than submit to exile.

After a “miracle” sulfone antibiotic cure was introduced to the leprosy settlement in 1946, people were no longer contagious. Ulcers and skin nodules healed, and bacteria counts waned. Upon attaining a series of negative bacteriological tests, inmates were allowed temporary medical release and could travel, live and seek employment outside the leprosy settlement in the 1950s.

But suffering and stigma lasted for decades. Some of the few hundred people remaining had been incarcerated for nearly three decades. Others were teenagers who had arrived not long after the bombing of Pearl Harbor. Many in the community described the despair they endured while out of reach from loved ones.

Antibiotics could not cure the varied disabilities that afflicted survivors: Some were blind, had amputated limbs and had disfigurement of the face, hands and feet, while others experienced significant nerve damage and chronic pain.

Medicine also couldn’t heal social stigma and shame. Whether their disabilities were visible or invisible, survivors internalized their rejection by society. One Native Hawaiian man described in a 1978 interview how he still hesitated to enter the homes of longtime friends. With their lives interrupted by a medical diagnosis, there was no return to pre-epidemic life. Many survivors could not reconnect fully with families outside. Some opted to remain in their former prison for the rest of their lives. A handful continue to reside in the settlement.

Since physicians had been jailers during quarantine, Native Hawaiians lost trust in biomedical institutions in the aftermath. Generations later, they continue to experience stressors from ongoing colonialism. Native Hawaiians have higher mortality rates, lower life expectancy and higher rates of disorders such as depression, hypertension, obesity and diabetes compared with non-Hawaiians residing in Hawaii.

Yet after the quarantine policy was lifted, survivors slowly adapted to challenges and opportunities within the small settlement. Some people with disabilities gained access to state jobs and civil service positions in the Molokai settlement. Mobility improved with new antibiotics, and younger residents participated in team sports. People who had been isolated for many years together also took care of each other. In this community from which biological children born to inmates had been removed, the annual Mother’s Day celebration organized by community leader Edwin Lelepali honored all women. Longtime friends gathered to drink beer and play cards in dormitories or the snack bar. They crafted modified tools to assist people without fingers and hands. They grew older together. People learned to live on within new realities without forgetting their epidemic experiences. Their perspectives enlarged by profound loss and empathy, they built a more just, collective future.

Some survivors stepped into the spotlight as speakers, performers and activists. They relayed their personal histories at venues such as the International Leprosy Congress. Olivia Robello Breitha, exiled at age 18, wrote a memoir. She critiqued the hysteria directed at Hansen’s disease survivors as well as people living with HIV/AIDS.

Most palpably, survivors with disabilities drew on their experiences to energize a larger movement advocating for Native Hawaiian self-determination and working-class people in the late 1970s. Demanding “Justice, Not Charity,” Hansen’s disease patients refused to be displaced from their cherished “home away from home,” an outpatient facility called Hale Mōhalu. The state health department sought to tear down the buildings and move patients to a larger hospital. Eventually, patients were evicted, but they gained significant political visibility and authority. They later pushed successfully for affordable housing units for senior citizens and people with disabilities on the original site.

This activism by survivors raised awareness of the disenfranchisement of Native Hawaiians in their own homeland. Their eviction struggle launched subsequent demonstrations against land expropriation that have continued apace, most recently against the Thirty Meter Telescope atop Mauna Kea.

COVID-19 and Hansen’s disease are not the same epidemic event, of course. The novel coronavirus is a highly contagious virus, while Hansen’s disease is a slow-growing, minimally contagious bacterial illness. The social distancing measures in place for the past year to control the coronavirus are mild relative to the medical incarceration policy enforced in Hawaii for a century. Yet both expose systemic health inequalities. Today, Native Hawaiians, Pacific Islanders, Native Americans, African Americans and Latinos are experiencing disproportionately higher rates of coronavirus infection compared with Whites.

The history of Hansen’s disease reminds us that pandemics change us. More than 535,000 Americans have died of the coronavirus to date. Others continue to experience a “long COVID” syndrome. Vaccines cannot mend intergenerational losses and grief. However, we can listen to survivors about their needs, and work to provide community support and resources: accessible education, housing and pathways to employment. Rather than abandoning experiences of the pandemic, incorporating memories of illness, struggle and survival will shape a different, and perhaps better, normal going forward. 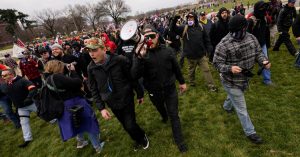 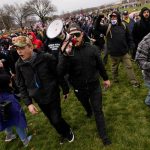 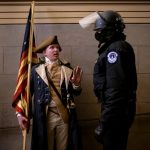 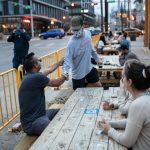