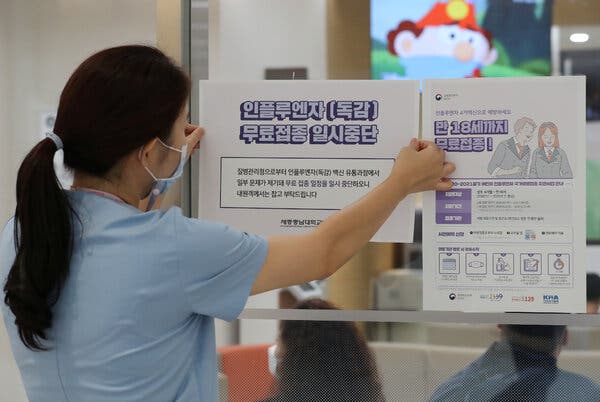 SEOUL, South Korea — The deaths were mounting, and so were the public’s fears.

South Korea had vastly expanded its flu vaccine program to cover millions more people, to prevent a one-two punch to its health system as the coronavirus spread globally. But as the injections got underway, reports of deaths started popping up.

South Korean scientists quickly determined that the deaths were unrelated to the flu shots. But they worried that if they didn’t stop the panic, the public might shun the vaccines altogether.

So health officials doubled down — and, in the process, gave the world a game plan for when coronavirus vaccines become widely available.

They ramped up efforts to communicate with the public. They disclosed data on what was found. And they quickly got the vaccination campaign back on track, at a time when scientists dealing with Covid-19 are increasingly worried about the rise of the anti-vaccine movement.

“South Korea is doing everything right,” said Dr. Noel T. Brewer, a professor in the health behavior department at the Gillings School of Global Public Health at the University of North Carolina. “The government is gathering data, giving information to the public quickly and standing up for their vaccination program. That will ensure public trust, and help the program.”

As pharmaceutical makers rush to get a coronavirus vaccine approved, countries around the world are grappling with how to safely and quickly distribute hundreds of millions of doses. Already, the pandemic has created confusion and distrust in an era when misinformation can spread rapidly — all of which could complicate the global effort toward immunity.

If a long-proven, extensively tested flu shot can spark uncertainty and concern, it could portend challenges for mass inoculations of a brand-new coronavirus vaccine. The potential pitfalls played out on a small scale in South Korea.

A company hired to transport millions of doses of the vaccine had never carried such large quantities of cargo before. The flu vaccines need to stay refrigerated, at between 2 and 8 degrees Celsius. On Sept. 21, photos began circulating online showing boxes of vaccines stacked outdoors, in a parking lot.

Out of an abundance of caution, the government temporarily suspended the program to investigate. On Oct. 6, it concluded that the vaccines were still safe, but nevertheless recalled the 480,000 doses that had been left outside long enough to potentially become ineffective.

Three days later, 615,000 doses of a vaccine shipped by another company were also recalled, after white particles were found inside. The government concluded they were harmless protein particles.

South Korea’s flu vaccine campaign was up and running again on Oct. 13. But the public was still wary.

The following week, a family reported that a 17-year-old high school student had died after receiving a flu vaccine. More reports of deaths came rushing in, most involving patients in their 70s and older. By Oct. 22, the reported death count had reached 28 and it was rising by the day. Singapore briefly suspended the use of a South Korean vaccine after the deaths were reported.

As Dr. Jung Jae-hun, a professor of preventive medicine at Gachon University near Seoul, read the news, he felt an urgent need to push back.

Flu vaccines had been tested and safely used for decades in South Korea. If the credibility of the program could be so easily undermined by unsubstantiated claims, he wondered what would happen once millions of people started taking coronavirus vaccines.

“I think this extreme situation was created because we are living through this unusual time of Covid-19 and people are overly sensitive about vaccines,” Dr. Jung wrote on Oct. 22, in the first of a series of Facebook posts criticizing the news reports.

He warned that reporting on “post-vaccination deaths” when there was no scientific evidence establishing a connection was like counting how many people had died after eating breakfast.

“If people don’t understand this, it could lead to the proliferation of anti-vaxxers here, like the ones in the West,” he said.

While the government stood by the safety of the vaccines, it also launched an investigation into the deaths, hoping to use science to counter misinformation. If, for instance, all the cases were linked to a particular vaccine or clinic, or if all the deaths were similar, it would raise red flags. Multiple deaths from anaphylaxis, a severe allergic reaction, would also implicate the vaccine.

But the government’s forensic investigations, which would eventually rule out such connections, didn’t move as quickly as the panic spread.

“Elderly people die every day, of a stroke, of heart attack, but the media reported these deaths as if none of them died on a normal day,” said Dr. Ki Mo-ran, an epidemiologist at the National Cancer Center who sat on the government’s vaccination supervisory group. “As the people waited for the results, anxiety grew, trust fell and the vaccination program suffered.”

To help quell some of the public’s concerns, Dr. Jung published an opinion piece in the Journal of Korean Medical Science pointing out that it’s not unusual for some people to die coincidentally from unrelated causes, after receiving a vaccine. He cited a study published in 2013 that showed 23 out of every 100,000 Americans aged between 75 and 84 had died from a variety of causes within a week of taking their vaccines.

Days after Dr. Jung’s essay was published, the South Korean government released corresponding national figures. Last year, it said, 1,500 South Koreans 65 or older had died within a week of taking a flu vaccine. None of the deaths were linked to the vaccines. As influenza usually kills 3,000 people each year in South Korea, health officials insisted that the benefits of vaccination far outweighed any risks.

To Dr. Kim Woo-joo, a professor of medicine at Korea University, the government’s initial response could have been faster and more aggressive. “It was a failure in risk communication,” he said. “What was needed was fast, transparent and science-based communication to dispel misinformation and conspiracy theories and to show that these deaths were likely just coincidences.”

But Dr. Brewer, the professor at the University of North Carolina, held up South Korea as an example of how to respond to vaccine scares in the future. He noted that the main threat to vaccination programs around the world is misinformation, often related to an unproven safety scare.

He pointed to Japan and Denmark, where misinformation spread about vaccines against the human papillomavirus, or HPV. The vaccines help prevent cervical cancer in women, among other diseases.

Both countries failed to address inaccurate reports about the safety of the vaccines. As a consequence, Dr. Brewer said, the vaccination rate for HPV in Denmark dropped by 50 percent over several years, although it recovered after the government worked to counter the false reports. In Japan, it fell from 70 percent to 7 percent in just one year.

In the weeks since South Korea’s vaccination campaign started, the government has received more than 100 reports of people dying after receiving a flu vaccine. Officials have promptly disclosed the causes, which were unrelated to the inoculations.

Autopsies concluded that the patients often suffered cardiovascular and other diseases, and that all of them died of causes unrelated to vaccines, such as aortic dissection, acute myocardial infarction and cerebral hemorrhage. A medical examiner found poison in the body of the 17-year-old, and the police suspected suicide, although his family insists that he had no reason to kill himself.

“If you just blindly say, ‘oh no, these are not related,’ you’ll build a lot of distrust,” said Dr. Vanessa Raabe, an expert on vaccines and infectious diseases at N.Y.U. Langone Health who praised South Korea’s response. “You need to do the science before you say they are not related.”

The flu panic has subsided in South Korea, but only 19 million people have so far received their shots, far short of the government’s target of 30 million. Dr. Jung said that, as in the United States, political polarization in South Korea had likely contributed to some of the confusion over the safety of flu vaccines.

“Rather than being divided, we must learn to fight together against the common enemy,” he said. “If we want to reclaim our pre-Covid-19 life, going out to eat and drink and traveling abroad, vaccines are our best chance.” 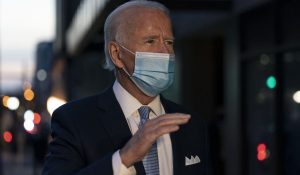 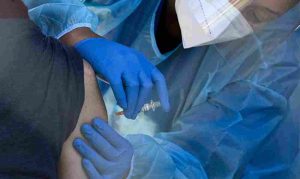