Last July, the Amador County Sheriff’s Office in California announced it was about to receive a forensic report from the FBI regarding the death of former DHS officer Philip Haney.

After receiving the bureau’s findings, said Sheriff Martin Ryan, his office in the Sierra foothills east of Sacramento would release the county’s report within weeks.

More than six months later – and one year after Haney’s death on Feb. 21, 2020 – the county has yet to release an official determination of how the Islam subject matter expert whose investigations and research challenged the official narrative of the George W. Bush and Barack Obama administrations died.

On Friday, the Amador County Sheriff’s Office referred WND to the July 22 statement as the most recent official word on the investigation.

A message left with a spokesman, Lt. Jim Cardoza, was not returned by the time this story was published.

Haney, who was punished and exonerated nine times during his career for taking into account the religious dimension to terrorism, published a bestselling book with this writer, “See Something, Say Nothing: A Homeland Security Officer Exposes the Government’s Submission to Jihad.”

At the time of his death, he was preparing a follow-up book that he said would expose corruption in the America’s national security and immigration system.

After Haney was found dead from a gunshot wound alongside a rural crossroad southeast of Sacramento, Amador County investigators initially reported his death was self-inflicted.

But the next day, Feb. 22, 2020, the Sheriff’s Office backtracked, declaring an investigation was ongoing.

“Everything we saw on-scene is consistent with somebody putting a gun to themselves and pulling the trigger,” said Amador County Sheriff’s Office Undersheriff Gary Redman at the time. “We’re not making a statement that this was, in fact, suicide.”

Family members and friends who were with him and spoke to him in the last week of his life said he was happy and looking forward to getting married.

On July 22, Ryan issued a statement saying that after a forensic autopsy by pathologists from the Sacramento County Coroner’s Office, he reached out to the FBI “to assist in analyzing documents, phone records, numerous thumb drives and a lap top that were recovered from the scene and Mr. Haney’s RV.”

Those items and numerous other pieces of evidence were turned over to the FBI, the sheriff said, for a forensic examination

“We expect to receive these reports within the next few weeks,” he said.

Philip Haney’s book “See Something, Say Nothing” is available in paperback and ebook formats

The statement said the Sheriff’s Office “hopes to complete our review of the reports and compare the FBI’s analysis with what we have already collected and analyzed within a few weeks after reciept.”

The sheriff said Haney’s body was discovered in a park-and-ride area adjacent to State Highway 16 near State Highway 124, less than three miles from where he was living in an RV park in Plymouth, California.

In an emotional speech on the House floor in March 2020, Rep. Louie Gohmert, R-Texas, praised Haney as a friend who was “one of the finest, most patriotic, competent people I’ve ever known in my life.”

“A man of absolute honesty, complete integrity, who cared deeply about the future of this country.”

The congressman said Haney – who saw intelligence he developed on Islamic terrorists erased by Obama officials – “was a Christian brother, and that certainly affected so much of what he did.”

Haney testified to a Senate committee in June 2016 of the “purging” of his intelligence on terrorist networks in the U.S. It included the Obama administration’s “modification” or elimination more than 800 of his records related to the Muslim Brotherhood network in the U.S. because they were deemed to be an offense to Muslims.

Haney’s colleagues, friends and family have vowed to make sure everything is done to find out what happened.

Gohmert said he had been concerned about Haney’s safety, “with all the information he knew and the people that could have gotten in trouble.”

“We had a mutual pact,” he said. “If it’s said that either one of us end up having committed suicide then the other is going to make sure that truth wins out.”

Gohmert recounted Haney’s unlikely path to becoming a member of the advanced team at the National Targeting Center near Washington, D.C., which provides actionable intelligence in real time to customs officers at the nation’s ports of entry. 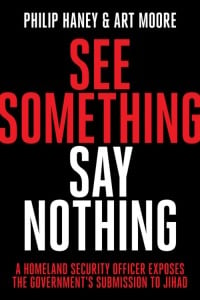 Noting the title of Haney’s book, Gohmert said the DHS officer “saw things that were a threat to this country, he said something, and he was severely punished for it, because apparently the Obama administration had some radical ties that they did not want anybody, including Philip Haney, to expose.”

His book, the Texas lawmaker said, “documents the Obama administration’s effort to obfuscate the role of radical Islam in numerous terrorist attacks.”

A sequel was underway, Gohmert noted, that would “name names.”

Gohmert recalled that Haney testified to a Senate committee in June 2016 of the “purging” of his intelligence on terrorist networks in the U.S. The Obama administration, he said, “modified” or eliminated more than 800 of his records related to the Muslim Brotherhood network in the U.S. because they were deemed to be an offense to Muslims. In addition, a highly successful case he helped develop at the National Targeting Center was shut down by Hillary Clinton’s State Department and the DHS Office of Civil Rights and Civil Liberties out of concern for the “rights” of foreign Muslims.

And after Haney retired honorably in 2015, he discovered that had his case continued, it might have prevented both the Orlando and the San Bernardino attacks.

Along with the quashing of the case in June 2012, the administration subsequently ordered the deletion of an additional 67 records concerning a related network.

“They went after whistleblowers,” he said. 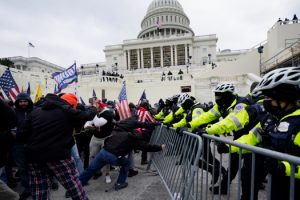 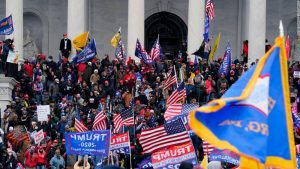 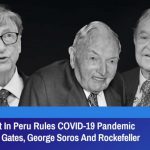 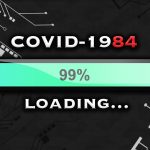 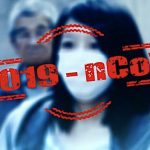 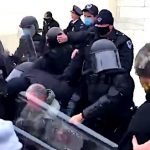