Mainstream NewsOutbreak Updates
19 Jul at 9:18 am

A record number of new confirmed coronavirus cases were recorded across the globe on Saturday, with more than 250,000 cases reported, the World Health Organization said.

It was the first time the number of new single-day infections topped a quarter-million, the health agency added, with 259,848 cases recorded.

The United States, Brazil, South Africa and India, which has reached more than one million cases on Friday, reported the biggest increases.

The WHO said the number of global deaths was approaching 600,000. It said 7,360 new deaths were recorded worldwide on Saturday, the biggest daily rise since early May.

The grim milestone comes amid concerns about the virus re-emerging in Asia and Europe.

Hong Kong leader Carrie Lam said Sunday that the city has recorded more than 100 new cases, in a single-day record for the semi-autonomous territory.

Cleaning workers wearing protective gear are seen as they clean and disinfect a wet market following COVID-19 outbreak at Sham Shui Po, one of the oldest districts in Hong Kong, on Friday, July 17.TYRONE SIU / Reuters

The city has been grappling with the third peak of the coronavirus epidemic since the beginning of July, with a growing number of locally transmitted infections.

Lam said social distancing measures announced last week will be extended for another 7 days until at least July 29, and non-essential civil servants will work from home starting Monday to help stop the spread of the virus.

She added that she would ask the justice department to consider extending the mandatory face mask requirement on public transport to include all indoor public places.

In mainland China, where the pandemic is believed to have started, 16 new coronavirus cases were reported Sunday, 13 of them in Urumqi, the capital of China’s far western region of Xinjiang.

The city went into “wartime mode” on Saturday, with no mass gatherings allowed and residential communities sealed off, according to the Information Office of the Government of Xinjiang Uygur Autonomous Region.

Meanwhile in Spain, which has suffered one of the worst outbreaks in Europe, authorities urged 4 million people in the country’s north-eastern region of Catalonia, including residents of Barcelona, to stay home in the strongest measure to stem virus spread since the country emerged from a nationwide state of emergency last month.

Gatherings of more than 10 people have been banned because most infections came from social gatherings, according to local health officials.

Police in Barcelona closed down access to a large area of the city’s beaches on Saturday after too many sunbathers ignored authorities’ request to stay at home, the Associated Press reported.

Police in Barcelona closed access to a large area of the city’s beaches on Saturday due to the excess of sunbathers who ignored the urgings of authorities to stay at home amid a resurgence of the coronavirus.Emilio Morenatti / AP

Elsewhere, Iran’s president Hassan Rouhani said on Saturday that some 25 million Iranians may have been infected with coronavirus, as the government reimposed restrictions in the capital and elsewhere.

The figure, from a report Rouhani cited in a televised speech, corresponds to nearly 30 percent of Iran’s 85 million population.

However, Mostafa Qanei, head of Iran’s coronavirus scientific committee, clarified in a later interview that Rouhani’s remark is based on research by the health ministry that estimates 25 million have come in contact with the virus, developing mild symptoms and without needing hospitalization.

In Australia, residents of the country’s second largest city Melbourne, must now wear masks when leaving their homes amid a rise in cases.

The state of Victoria, which Melbourne is capital of, has forced nearly 5 million people into a partial six-week lockdown earlier his month. The state’s health officials reported 363 new cases on Sunday, after 217 cases the previous day.

Australian Prime Minister Scott Morrison on Saturday delayed the opening of parliament for several weeks as the number of infections rose.

Reuters and the Associated Press contributed to this report. 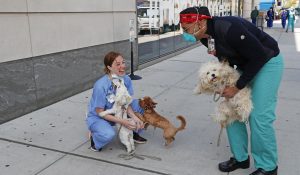 The one big winner amid the coronavirus shutdown: pets 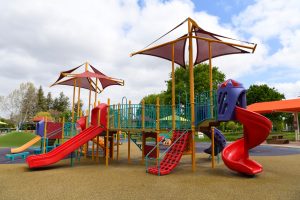 Cal football: It’s a no go for Pac-12 season opener at ASU

Coronavirus: California records 10,000 cases in a day, most since August 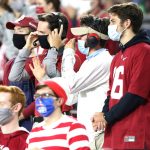 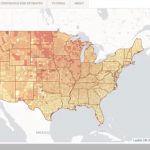