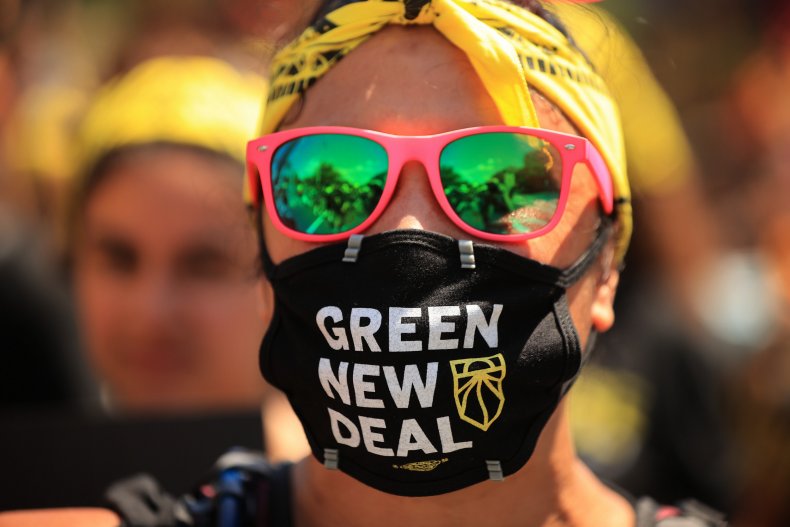 Climate change activists chained themselves to the gates of the White House on Wednesday in protest of proposed oil pipelines.

Protesters from several campaign groups used kayaks and their bodies to block the entrances to into the building, pictures shared to social media showed.

Those involved are against plans to build the Line 3 pipeline, which would export hundreds of thousands of barrels of oil from Alberta in Canada through Minnesota to Wisconsin, while crossing Indigenous land, as well as the Mountain Valley Pipeline (MVP), a natural gas pipeline from southern Virginia to northwestern West Virginia.

Some chained themselves to the 15th & Penn NW vehicle entrance, while others gathered in that area displaying signs and banners. One read: “No stolen oil from stolen land.”

StopDC, one of the groups involved in the protest, tweeted: “Big picture: 5 separate groups totaling ~150 people are at the White House this morning telling @POTUS he needs to stand with people, not polluters and that we need a climate justice infrastructure deal. We won’t accept anything else.

“This message is brought to @potus by indigenous people who traveled from Minnesota, Alaska, etc. as well as by us here in DC. With deadly heat waves and floods all over the country & world, the time for talk and compromise is over.”

The Indigenous Environmental Network, another group taking part in the protest, added: “We are at the White House to tell President Biden to use his executive authority to stop approving fossil fuel projects like Line 3 and declare a climate emergency.

The “No Climate, No Deal” marchers demanded a meeting with Biden to discuss how to make the Green New Deal into law.

New York congresswoman Alexandria Ocasio-Cortez, advocate of the Green New Deal, was one of those who attended the protest organized by the Sunrise Movement group.

“They want you to think, ‘Oh, this is a new idea, this is too ambitious, this is too crazy.’ How about this? The last time we introduced the Civilian Climate Corps in this country, we hired and mobilized a quarter-million people in three months,” Ocasio-Cortez said.

“We’re going to get that into this infrastructure bill,” added the New York congresswoman.

The protests have arrived as Canada sees record-breaking high temperatures, leaving dozens dead, as well as soaring temperatures in cities across the Pacific Northwest. 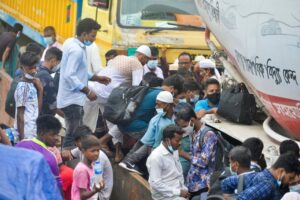 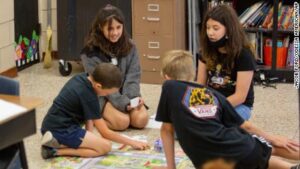 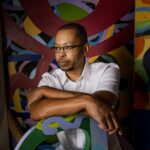 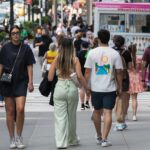 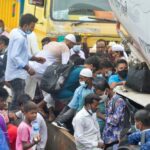 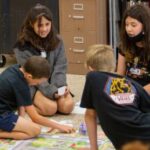